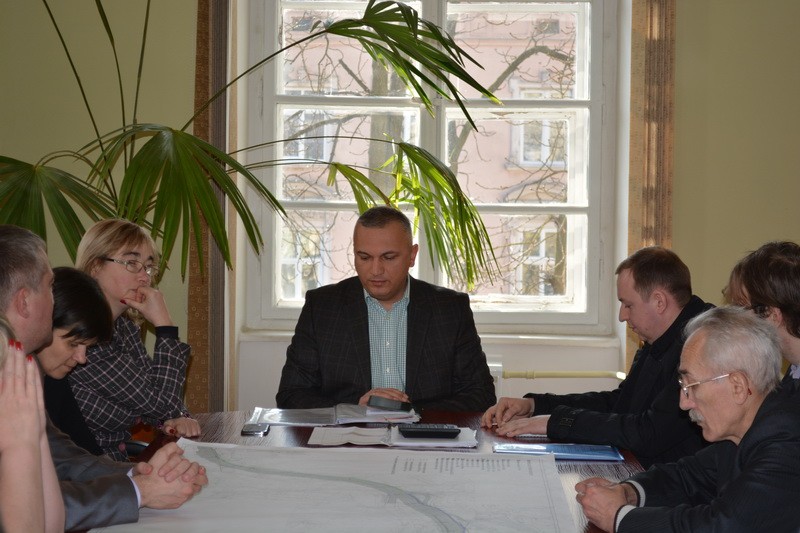 Instagram
NGO "Rozvytok Hromady" considers unacceptable and incompetent behavior of the first deputy of city mayor - Viktor Pushkarev towards the member of  NGO " Rozvytok Hromady ",  - Juriy Tatomyr and organization of the working group, as its director in general.

Today, on March 24, the community activists of NGO " Rozvytok Hromady " came to the City Council of Lviv, actually to the head of the working group on the review of the decision by the City Council of 10.03.2015 № 115 -  Victor Pushkarev to obtain information, that will begin this activity, which issues at it and find out who is a part of the participants.

However, Mr. Pushkarev proved as incorrect in its original adoption of activists, saying that there is no time for the reception of the public.

After long waiting activists had the meeting with negotiations with Mr  Pushkarev. However, during the working conversation the civil servant proved himself as incompetent and irresponsible employee of the City Council and chairman of the working group on persons, who appealed to him.

During the meeting it was clarified, that the behavior of the first deputy of the mayor of the city is ignorant about when a meeting of the working group will be held and which issues will be discussed at it, how many people should be included in it and what issues should be discussed at the meetings. Also, an employee of the City Council demonstrated his unwillingness to work in a workgroup, as he doesn’t determined the date of the meeting yet.

Viktor Pushkarev said: "I already gave the answer. You have probably very short memory. You will be notified by telephone about the meeting of the working group. "

Notably Pushkarev showed his misconduct towards members of  NGO "Rozvytok  Hromady", which is unacceptable for civil servants and for the person in general.

That is why representatives of public organizations require from the first deputy of city mayor - Viktor Pushkarev the public apology before the member of the NGO "Rozvytok Hromady" - Juriy Tatomyr for intolerant, unprofessional and unethical attitude to him as a representative of the community. Also the activists believe, that such behavior is unacceptable from a person, who has a leading position in the LCC.