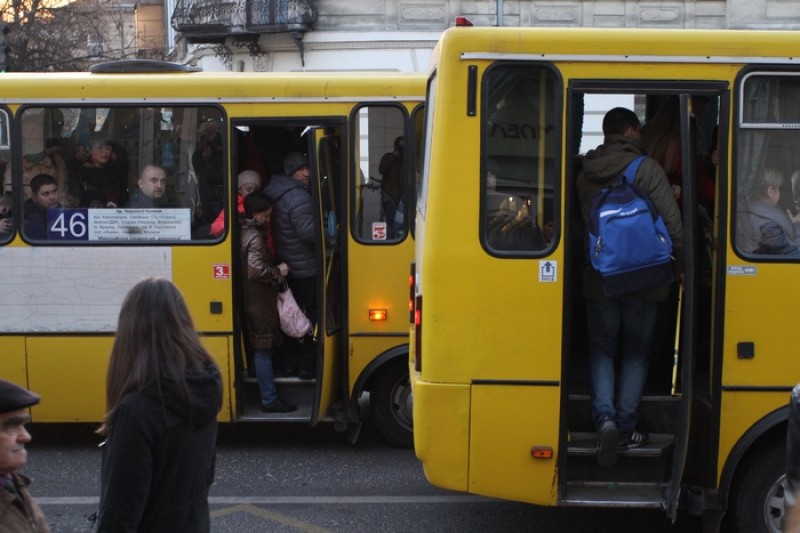 Instagram
Activists of the NGO "Community Development" addressed to the Lviv City Council with a request to inform carriers of public transport about the invalidation of the decision No. 115 from 10.03.2015.

Almost a month has passed since the repeal of decree No. 115 from 10.03.2015, which violated the rights of 19 categories of beneficiaries. For half of March, hundreds of thousands of people were deprived of the opportunity to free use of public transport in the morning and in the evening. Drivers of vehicles shamefully expelled people from the bus or forced to pay for travel, despite the fact that they give their last money.

We will remind, the decision of the Executive Committee № 115 from 10.03.2015 provided the limitation of free public transport before 10:00 and after 16:00 for beneficiaries of 19 categories. The decision has caused outrage among many residents of the Lviv region. After numerous complaints and demonstrations of beneficiaries and activists of NGO’s under the walls of the City Council, the Executive Committee has cancelled the decision No. 115. However, the new regulation provided that the right of free movement around the city and Lviv region on public transport throughout the day remained on 3 categories of beneficiaries:

From 30.03.2015 came into force the new illegal decision of the City Council No. 234, which provides travel benefits for several categories of people. However, despite the fact that since the adoption of this resolution a month has passed, but in public vehicles still exists the decision No. 115 from 10.03.2015. Drivers, guided by their own greed and incompetence, or unwillingness to learn the latest decision of the City Council, still require from beneficiaries money for travel. Even individuals of privileged categories, to which the City Council allowed to travel for free, often can’t use a public transport for free, because of the unacceptable behaviour of drivers. Children from large families, orphans, and children deprived of parental care; disabled, visually impaired, combatants do not enjoy their benefits. They are forced to wait for hours on the electric vehicle, if the route goes through the city, or to resort to extreme methods with the scandal with drivers and insisting on free travel. 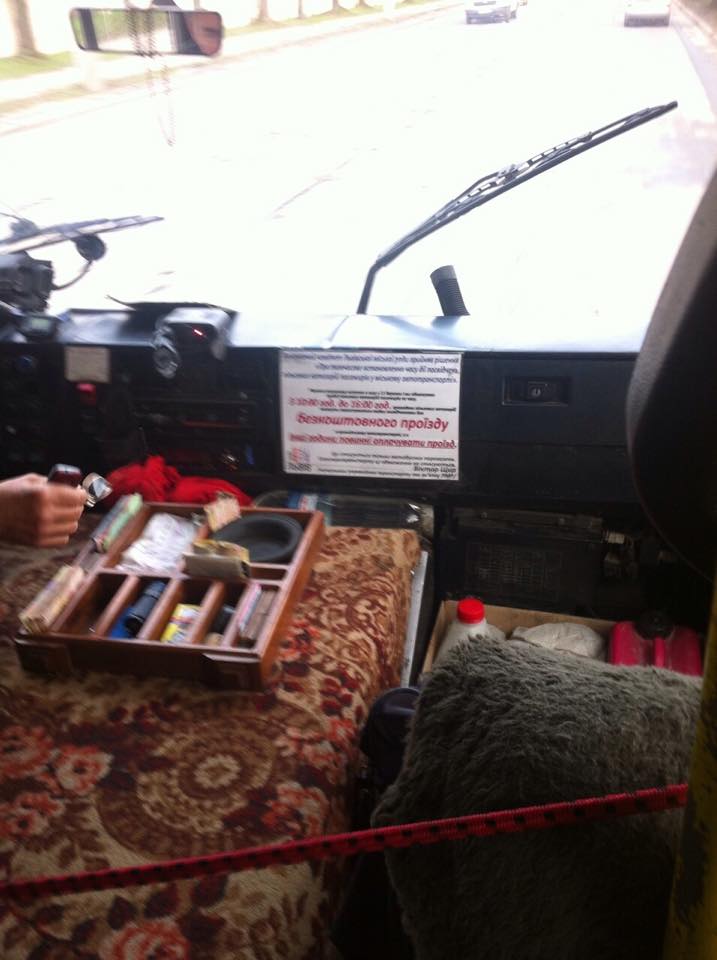 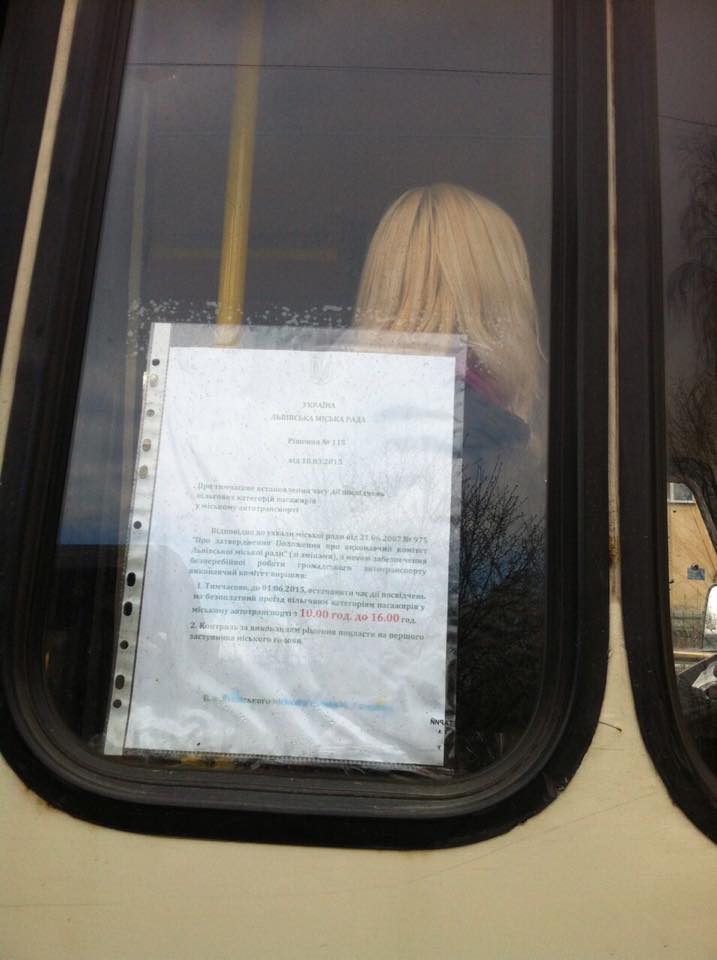 Carriers, including drivers, disregard the rights of hundreds of thousands of residents of Lviv region. That is why the activists of the NGO "Community Development" addressed to the authorized persons of the Lviv City Council, to inform the carriers of the invalidity of the decree No. 115 from 10.03.2015, and they, in turn, inform the vehicle drivers. The letter also stated that representatives of the City Council personally took control of execution by the carriers of this issue. 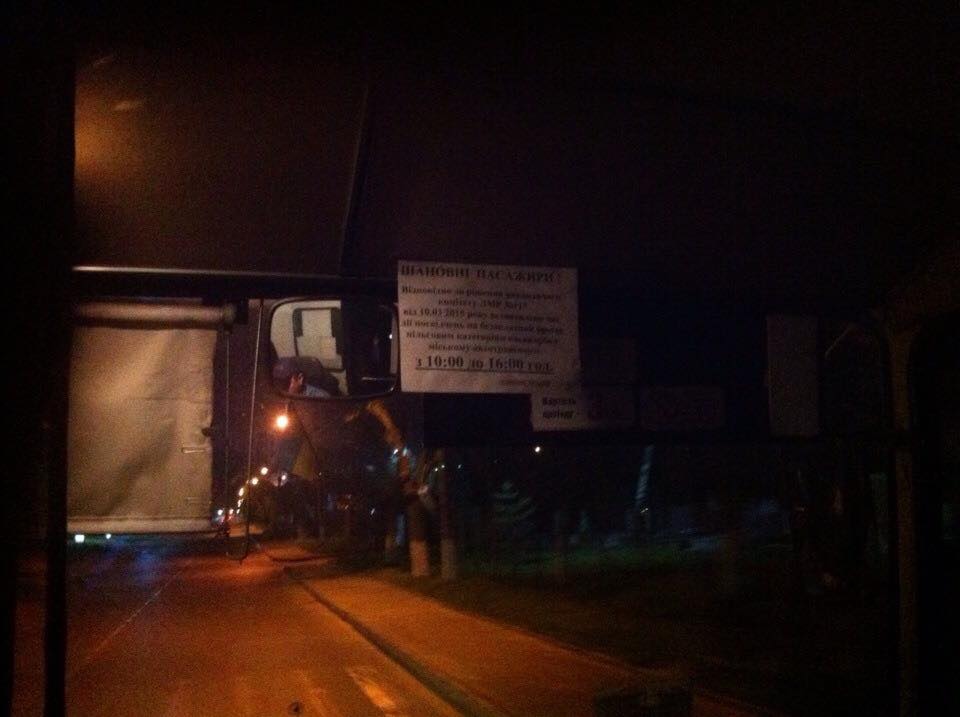 It is worth noting, that members of the NGO "Community Development" care about the residents of the city and the whole region and will continue to defend their rights and interests. Activists outraged by such negligent attitude of the drivers. Taking into account the circumstances, the participants of NGO intend to send an open letter to carriers, so they informed the drivers of the ineffectiveness of the decision No. 115 from 10.03.2015 and urgently took off posters in vehicles, which indicates the validity of the decision and, therefore, the prohibition of the free movement of transport for the beneficiaries before 10:00 and after 16:00. Also public activists will monitor the work of the representatives of the Lviv City Council and carriers and personally oversee the solution of problems of persons entitled to benefits, such as the decision № 234 from 30.03.2015, as decision No. 115, is illegal and contrary to the current legislation. Community members will continue to challenge unlawful decision in the courts seeking for their repeal.