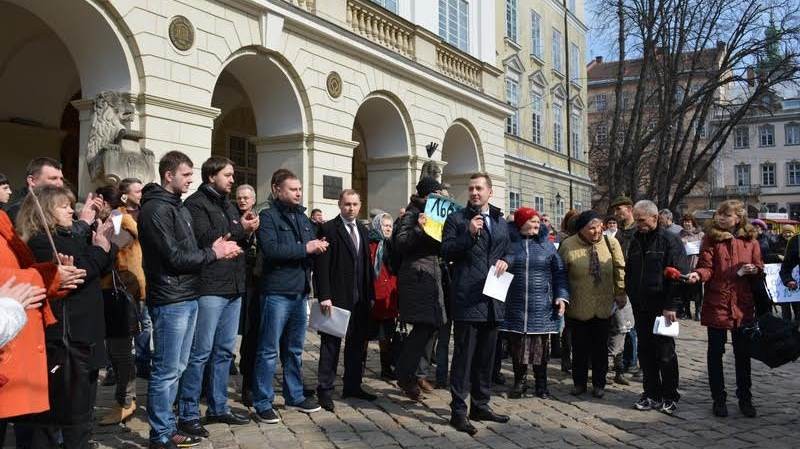 Instagram
The lawyers of the NGO "Community Development" has prepared a number of comments and suggestions to the Draft Model of Regulations on public Board in the management of the Lviv City Council. The discussion of this draft will be held on January 15.

Recently the Lviv City Council has published a draft and invited the society to discuss it.

Before the start of the discussion, the activists of the NGO "Community Development" identified in the project a number of controversial points, and wrote to Mayor Andriy Sadovyi a letter with comments and suggestions.

In particular, the activists propose to create the Board in perpetuity, but not for a specified period, as stated in the project. Also suggest not to limit quantitative structure of the Board, only 21 people ( maximum number of members of the Board should not strictly be fixed). The Board propose no more than one representative of civil society Institute, and also to prevent the possibility of the Committee of the Lviv City Council to create tasks for the public Board.

We will remind, the establishment of public boards provided by the project "Community in action", implemented by the city Institute for the financing of the EU "NeighbourhoodCivilSocietyFacility 2012 and Non-State

ActorsandLocalAuthoritiesinDevelopment(NSA&LA) 2012 and 2013". The project is aimed at enhancing the local communities of the city, cooperation with community activists, as well as establishing an effective dialogue with residents of local authorities through involvement in planning and decision making. Project partners: office of "the Secretariat Council" Lviv City Council, NGO "Center for the study of local government", Ukrainian Catholic University and NGO "LegalService".

It is worth noting that the activists propose for skipping meetings of the Board to exclude its members.

Such Board create transparent and open work of Offices of the City Council, as well as to prevent corruption.

Passionate citizens can come to public hearings on 15 January at 16:00 in the room 202 of Lviv City Council.