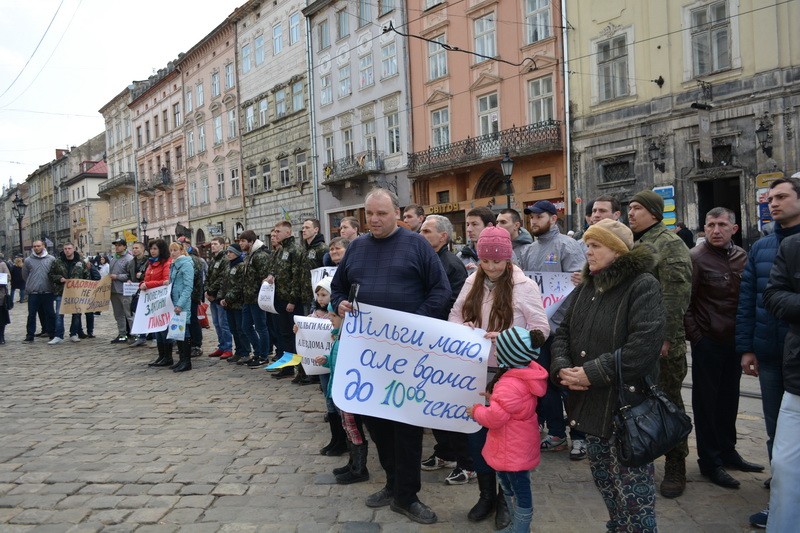 Instagram
It should be known, that proof of the right to use the public transport by  privileged categories, is a number of laws of Ukraine, and therefore the decision rendered by the Executive Committee LCC №115 from 03.10.2015 "On the temporary establishment of the time of validity of certificates of special categories of passengers in city vehicles" contrary to law of Ukraine and is illegal and subject to immediate cancellation!

Executive Committee LCC illegally established time limits of free travel certificates for privileged passengers travel in urban and suburban bus routes for general use, where passengers carried as normal according to the current laws of Ukraine.

Decision №115 by Lviv City Council on 03.10.2015 year is not the law (see. Art. 76 of the Constitution of Ukraine), and is arbitrarily set the rule, and hence its dwellers can not perform.

Since bus drivers have not been properly informed or deliberately violated the laws of Ukraine and representatives denied preferential categories of free travel, March 20, about 300 people gathered on the number of  beneficiaries under the walls of the Lviv City Council to conduct a full-scale demonstration near the walls of the Lviv City Council only one requirement - immediately cancel the illegal decision of the executive committee of LCC №115 "On the temporary establishment of the time of validity of certificates of special categories of passengers in city vehicles".  In a peaceful protest action the people with disabilities and their representatives took part,  militaries from ATO, persons from among the families of deceased soldiers from ATO, people with Chernobyl certificate, children and mothers with many kids and so on. Then the head of the legal department  - Payonkevych G. and the manager of  the affairs of the executive committee of the LCC -  Lytvynyuk M. assured the public, that the illegal decision on Monday, March 23, 2015 will be abolished. However, at a meeting of the executive committee of local officials led by Mayor they did not promise previously stated public position without removing illegal decision of the Executive Committee of the LCC.

Summarizing the above, it should be noted, that the right to price reductions should have in accordance with the Constitution and laws of Ukraine such types of people:
Follow the news on the website – rozvytok-hromady.com. Join the campaign for compliance with the laws of Ukraine, which entitle the preferential passage and pass those, who regard this problem.
Coordinator of Press Center - Bravchuk Yaryna (091) 938 4401