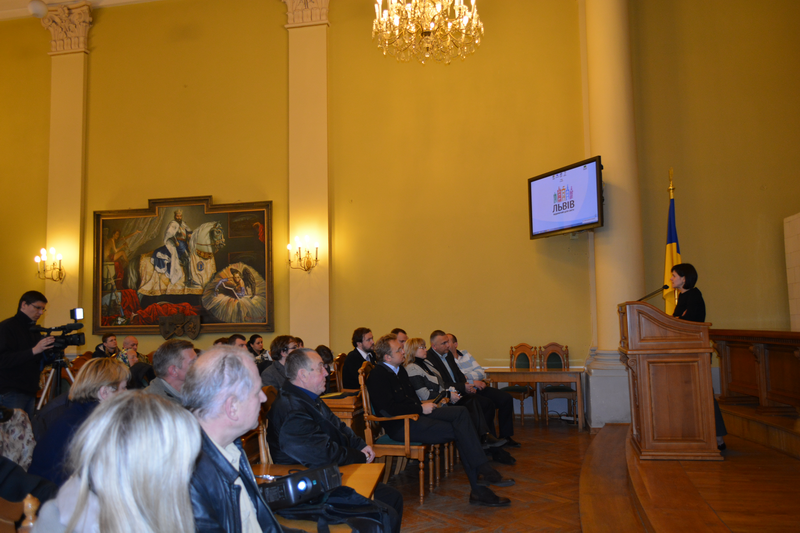 Instagram
As predicted, the families of the victims and participants of the ATO expect long-term processes of sedimentation of land plots and providing them with housing.

To get legitimately deserved –is difficult and requires lots of effort, time and nerves. Since our Pro-government officials are not accustomed to perform properly without the opportunity to enrich themselves by committing corruption scams.

"Peacekeeping" activity of the mayor

Mr. Sadovyi continues his "peacekeeping" mission and gives promises to ATO participants and their families. About a year they require from the mayor the implementation of the law. Their treatment of land was rejected, because of the lack of plots in the city. However, it is not true. This legal requirement can be satisfied, because at the request of lawyers of the NGO "Community Development" we received the official answer that in Lviv there are available land plots in Suchiv, Tract Hlyniansk, Prospekti V. Chornovola, Kulparivska Street, Kostelivska Street and Tarasivska.
But if to give them to the participants of the ATO, respectively the possibility to benefit from such an operation will not succeed.

Without the right to choose?

By the principle sequence of the Lviv City Counsil makes an offer that, if the participants of the ATO refuses, and remain without land, and without the possibility of obtaining housing for ever: to accept housing in a high-rise building, the developer which must be Lviv Municipal Enterprise(LME) “Rembud”. Mr. Sadovyi once again puts his own terms without choices and with no desire to compromise.

Why there are concerns?

Reasonably, there are concerns of ATO participants and their families, regarding receiving housing on a dedicated land plot. Because, there are no guarantees from Lviv City Coucil, in particular from Mr. Sadovyi, that part of the funds from 300 million UAH, that government allocated for the construction of houses for members of ATO throughout Ukraine, will be sent to its destination. And you don't need to be a great expert to understand that the amount that is allocated to the Lviv region (about 14 mln.UAH) is insufficient to carry out the construction and conducting communications within a certain timeframes. Experience shows, that such cases are postponed, because the money from the local budget, which are promise to be added to the construction, from the sale of other land plots, may also not be given.

There are also concerns aboutthe developer. As it was mentioned, municipal enterprise "Rembud", belongs to the Lviv City Council. But there are no arguments, except verbal assurances, that this is a reliable developer. For 10 years the LME"Rembud" build only 2 houses. Mr. Sadovyi is not willingly listens to the participants of the ATO and don’t go on compromises. This means that the ATO participants are forced to agree to all conditions of the LME.

What are the risks?

The statements of Mr. Sadovyi, that he and his team are moving forward, but they are not saying about that -is unjustified and contrary to their principles, that everything should be clear, understandable and transparent. Because the participants of ATO have a lot of questions, in particular, on what terms they get their housing and the future of the 2 other plots of land,that by the decision of City Council session will be passed into the reserve. According to the promises of the mayor, these 2 plots will not be put up for auction, and subsequently – will be given to participants of ATO. But it is possible, that after carrying out communications, through these 2 reserve land plots, located in the 1 and 2 lines, from the plots for the participants of the ATO, which are located in 3 line, again to put them for auction and sell at a higher price.