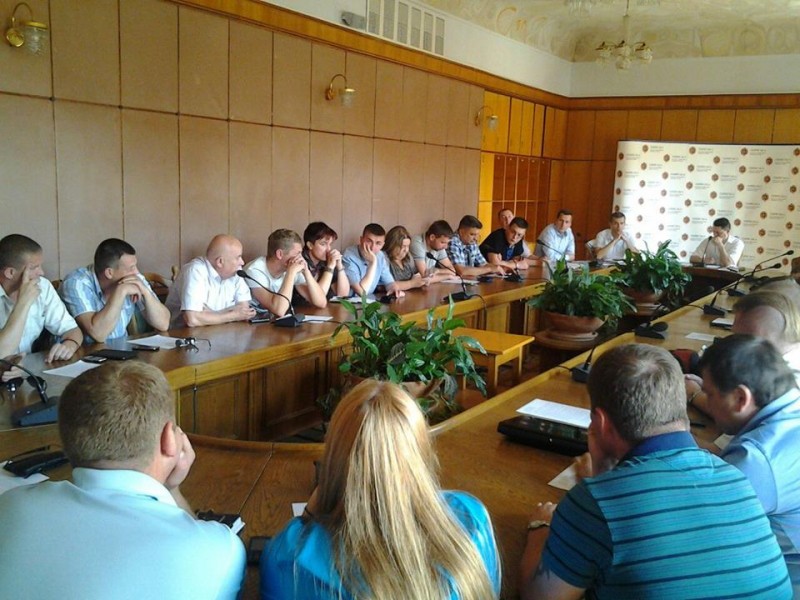 Instagram
During the press conference, which was held on 13 July, it was announced the statement of the NGOs and social activists in Lviv region regarding the events in Zakarpatia.

The armed conflict that occurred on July 11 in Mukachevo, commented by representatives of "Right Sector"(“Pravyj Sektor”). At the press conference made a statements the official representative of the DUK “Right Sector” Andriy Sharaskin and the Chairman of the NGO “Right Sector – West” Olena Zyvko. Also the position on the conflict was expressed by the representatives of the NGO’s. The Chairman of the SF “Rabiv do Rayu ne Puskayut” Ivan Sprynskiy, announced the Declaration of NGO’s and social activists in Lviv region relative to Mukachevo events. The basic requirements of public representatives are the implementation of an objective investigation of the conflict in Zakarpatia and to bringing to criminal responsibility all perpetrators. Activists support the initiative of suspension from duty of all heads of power structures of the Zakarpatia region and other high-ranking officials of the region.

“There must be held an objective investigation and the perpetrators must be found, you can not throw groundless accusations,” - explains his position Ivan Sprynskyy.