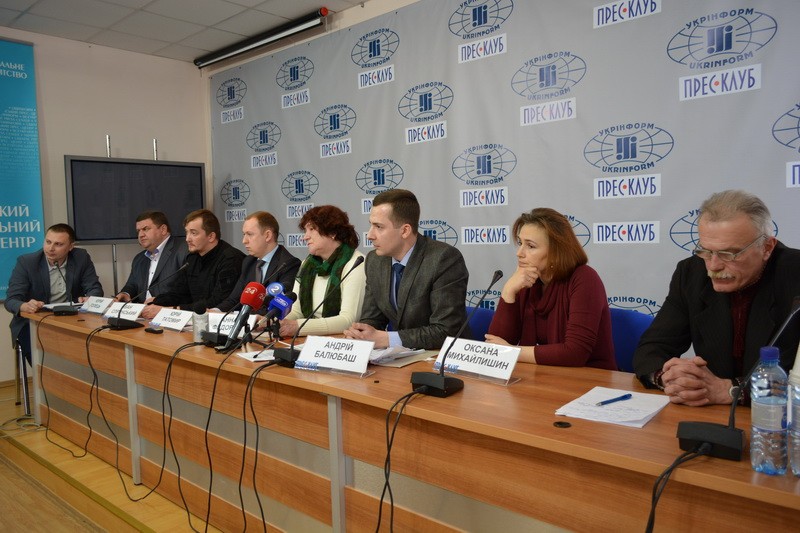 Instagram
Today, March 19, at 11 o'clock held a press conference with participation of public organizations and unions of Lviv who opposed the tyranny of the city Council regarding the limitation of the rights of categories of citizens in the free passage on public transport.

Outraged by the implications of the resolution of the Lviv City Council on the limitations "On the temporary establishment of the time of validity of certificates of special categories of passengers in city vehicles", representatives of public associations spoke at the press conference.

Present showed their indignation regarding resolution of the City Council. Mother of many children Oksana Myhaylyshyn told about the costs incurred by people who belong to the privileged categories, particularly her family.

"The carriers are refusing for free to carry my children to school. Each morning, my kids are blatantly kicked out from minibuses. The expenses of my family for transport are now up to 70 UAH per day. This issue affects not only me, but hundreds of families in Lviv region", - complained Oksana Myhaylishyn.

The opinion of mothers with many children was supported by the representative of the NGO "Union of large families of Lviv region "Happy Family" Galushchak Petro Myroslavovych and assistant consultant of the people's Deputy of Ukraine Antonyshchak A. F. (Petro Poroshenko Bloc) Andriy Balubash.

"The average expenses of large families are about 60 UAH per day. In an average month they will be 1080 UAH. We believe that the decision of the Lviv City Council is illegal and has no justifications. As of today we sent out an appeal to the President, the Prime Minister, the Prosecutor General, the Minister of interior and Chairman of the Lviv regional State Administration with the request to respond to the violation of the legitimate rights and interests of privileged categories of citizens and Chairman of the Lviv City Council Andriy Sadovyi for cancellation of the decision No. 115 from 10.03.2015," said the lawyer Andriy Balubash.

The lawyer Yuriy Tatomyr said: "The decision of the City Council violates the legal rights of people of preferential categories of free use of a public transport. Similar resolutions were adopted in Ivano-Frankivsk, Ternopil and Lutsk. However, we believe that such decision is illegal and violates the rights of 19 categories of preferential population according to the law of Ukraine and we will fight against illegal decisions of the city Council. Lviv will be the first city where this new resolution will be canceled".