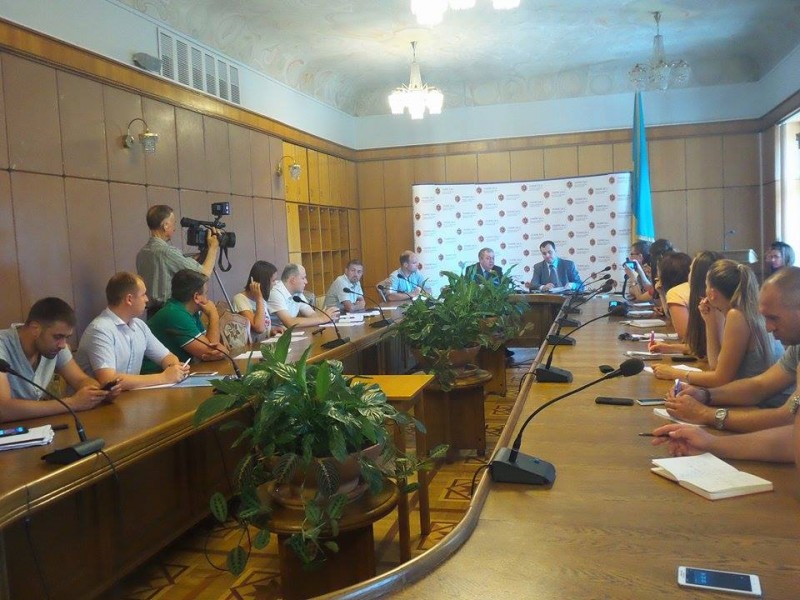 Instagram
However, the services report raised a number of questions from the public and the media.

Today, August 6, 2015, was held a joint press conference with the Acting head of the Lviv Customs State Fiscal Service Levko Prokipchuk and head of the Western regional Department of the State border service of Ukraine Volodymyr Pleshko on the topic: "Results of work of customs and border services by July 2015".

In particular, they talked about the tasks of the President of Ukraine, voiced during the coordination meeting of law enforcement agencies in Lviv, on 2 July. Volodymyr Pleshko and Levko Prokipchuk in one voice said about the success of the services, but the public is still concerned about the issues concerning the possibilities of corruption at customs and border service. In particular activist of "Community Development" Yuriy Tatomyr asked the question regarding the effectiveness of combating corruption in the services that officials routinely reported, without giving a concrete answer.

The head of the customs service also told about the implementation of the experiment at the checkpoint, "Shegeni" on the processin of vehicles who travel from Ukraine in the same room at the one-stop principle to avoid queues at the border. In addition, the chief customs officer reported information leaflets of checkpoints and the possibility of placing information about the queue at the booths (monitors) of gas stations.

According to the head of customs, during July were recorded 253 cases on violation of customs rules on the amount of 6.85 million. Regarding the participation of the public in combating smuggling at checkpoints response of officials was incorrect: they are not against the public help, but not on checkpoints, but outside of them.

For anybody is not a secret the significant spread of corruption and smuggling at the borders of Lviv region. The public got a goal to overcome them and bring order to the Ukrainian customs. Because honest custom – is the key to a rich state!