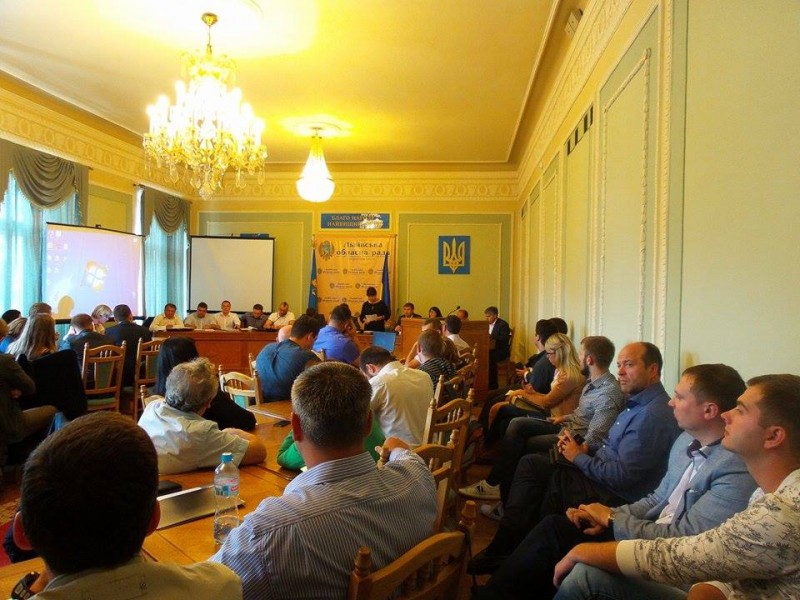 Instagram
Activists of the "Community Development"(“Rozvytok Hromady”) and other representatives of the public and the media have heard the candidates for important public office.

On Thursday, July 30, in the Lviv Regional State Administration was held a public interview with the applicants for the position of head of fiscal service. To take the chair of the chief of fiscal service volunteered 16 people; however on the interview five of them don’t showed up.

To hear the candidates came the public and media representatives and also specially invited Commission from Kyiv headed by Natalia Ruban, head of the Department of tax and customs audit of the State fiscal service of Ukraine. The Metropolitan Commission on the results of the open interviews formed the recommendation given by the chief tax specialist of the country.

According to a previously established Protocol, applicants for the position of the head of the State fiscal service of Lviv was given 5 minutes for presentation and 10 minutes for questions from the audience. However, they often broke the rules. The reason for this was the large number of questions from the public to the candidates who responsibly reacted to the choice of a professional that takes such a high position. The questions were about the professional competence of the candidates, their plans for improving the service, sounded pretty provocative questions like: "have you ever taken a bribe?" or "What business your relatives own?".

According to the results of a long selection process, this lasted about four hours, members of the Commission voted for the candidate, which will be recommended to Kyiv. Equal and the highest number of votes (5) scored two men – Condro Igor Volodymyrovych and Lemishovskyi Vasyl Ivanovych.

The role of the public after the Revolution of Dignity, of course, was to gain considerable strength. Ordinary people, Ukrainians, are trying to avoid the corruption at home and do everything possible to protect important public services from corruption. Example of sympathy and unity of the public have become yesterday's interview with the applicants for the position of head of fiscal service. At the open competition was attended by over fifty representatives of NGO’s, they all tried to influence important public processes, to prevent the arrival on a post of the chief of fiscal service the incompetent or corrupt person.