Instagram
On the 14th of September, the Chairman of the LRSA Public Council and activist of the NGO "Community Development" - Andriy Boliubash awarded people who helped to organize the "Boryslav Development Strategy" conference. 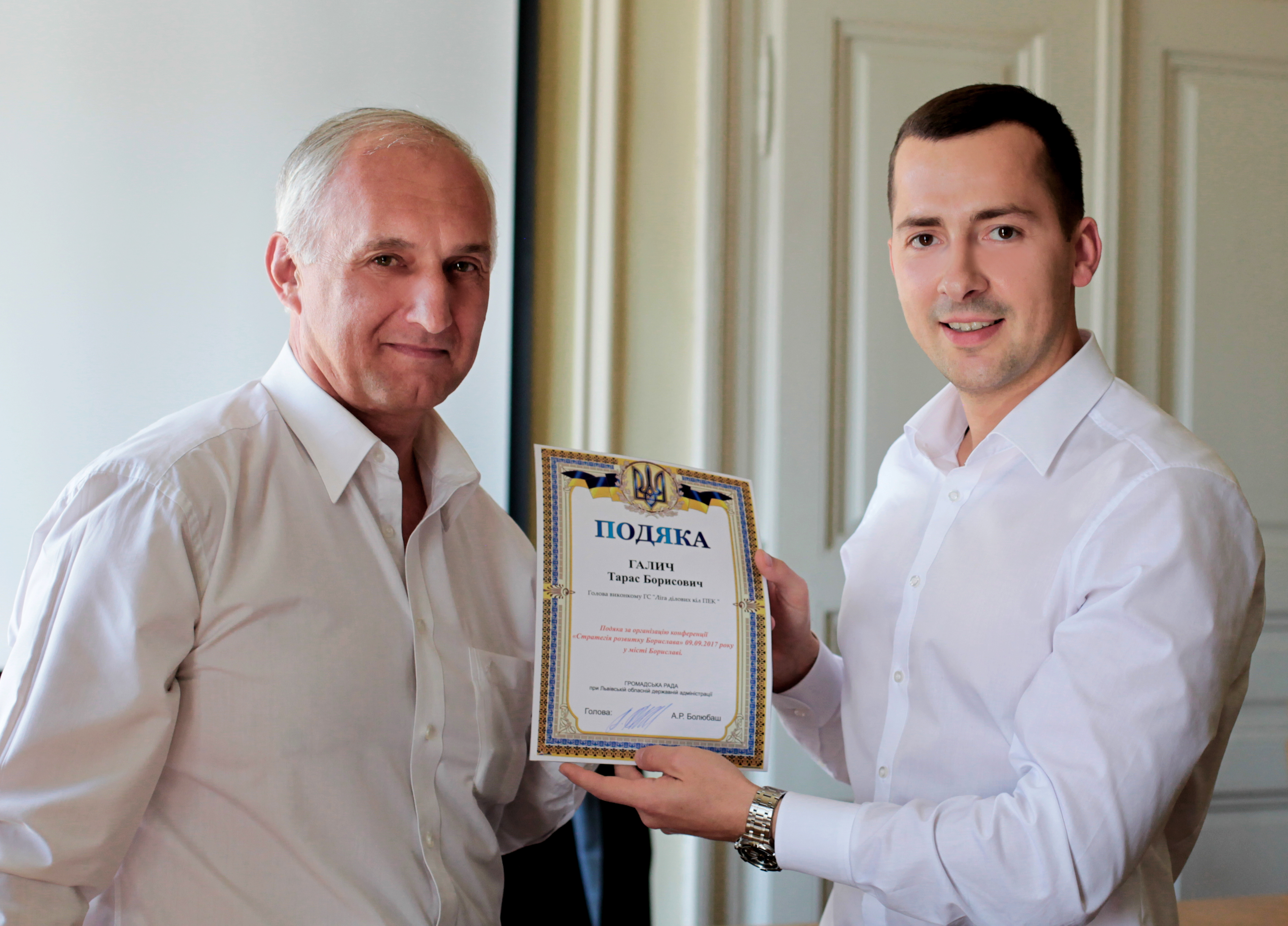 Let us recall that on the 9th of September, with the assistance of the Boryslav City Council, the Department of Fuel and Energy Complex and the LRSA Public Council,  a conference on the step-by-step plan of Boryslav development was conducted. The event was held according to the celebration of the 630th city anniversary and the Day of oil, gas and oil refining industry workers.
Participation in the conference was taken by public activists, representatives of culture, oil and gas industry, as well as the director of the Solomiya Krushelnytska National Opera and Ballet Theater, the Ukrainian artist - Vasyl Vovkun, the Head of the Regional State Administration - Oleg Syniutka and the Deputy of Ukraine - Bogdan Matkivskyi.

The strategy of Boryslav development was agreed in 4 directions: historical, ecological, energetic and recreational. In addition, participants of the conference talked about urban ecological problems, the production of iodine and bromine, the usage of bromine water in medicine, the prospects of oil extraction, the opportunity of natural gas usage, the implementation of renewable energy sources and ozocerite and its therapeutic properties.
One of the main achievements of the conference is the memorandum signing between the Boryslav City Council and the "KINPRO holding GmdH" on cooperation and the creation of an international fund.
Finally, participants of the conference visited the historical places of Boryslav and had an opportunity to see the theatrical performance of the string quartet "Semplice".