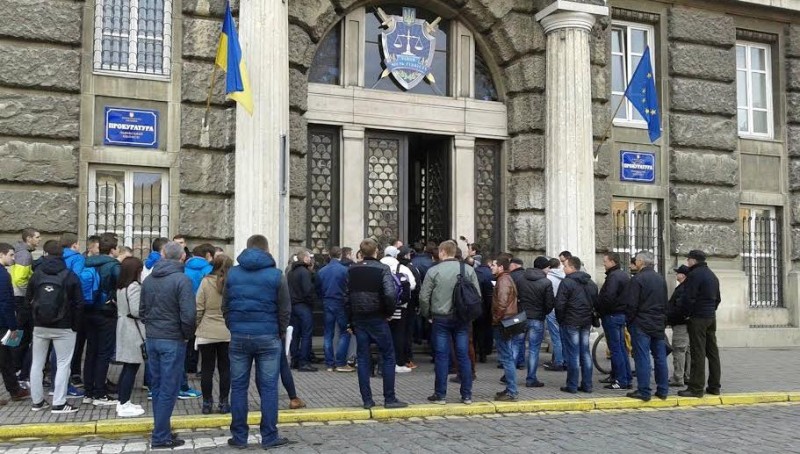 Instagram
Today, on 31 March, was held the official presentation of the Prosecutor of Lviv region, however, the public did not agree with the appointment procedure. Activists urge all who have the facts "for" or "against" the candidate to come to a public debate on 5 April.

NGOs call upon anyone who has evidence of abuse or incompetence of Vitaliy Miakishev, or on the contrary, has a positive reviews about him, come to a public discussion of the new Prosecutor on Tuesday, April 5 at 10:00 in the premises of the Prosecutor's office in Lviv region, Shevchenka Avenue, 17-19. Those interested can register at this number +38 063 138 97 65 , +38 093 906 67 15 and e-mail prokuraturaznarodom@gmail.com

NGOs and members of "Community Development"(“Rozvytok Hromady”), "Slaves are not allowed to Paradise"(“Rabiv do Rayu ne Puskayut”), "USU ATO", "Regional Union of social protection of ATO participants and families of the victims"(“Oblasna Spilka Sotsialnogo Zahystu Uchasnykiv ATO ta Simei Zahyblyh”), "You Must Act"(“Mayesh Diyaty”), "Self-Defense of Lviv Euromaidan"(“Samooborona Lvivskogo Euromaidanu”), "VKRM", "Patriot", "the Right sector", SC "Legion", "Will and Honour"(“Volia I Chest”) and other organizations, blocked the hall, where was held the presentation of Vitaliy Miakishev. Activists disagreed on the appointment of the new Prosecutor of Lviv region without competition and public discussion. 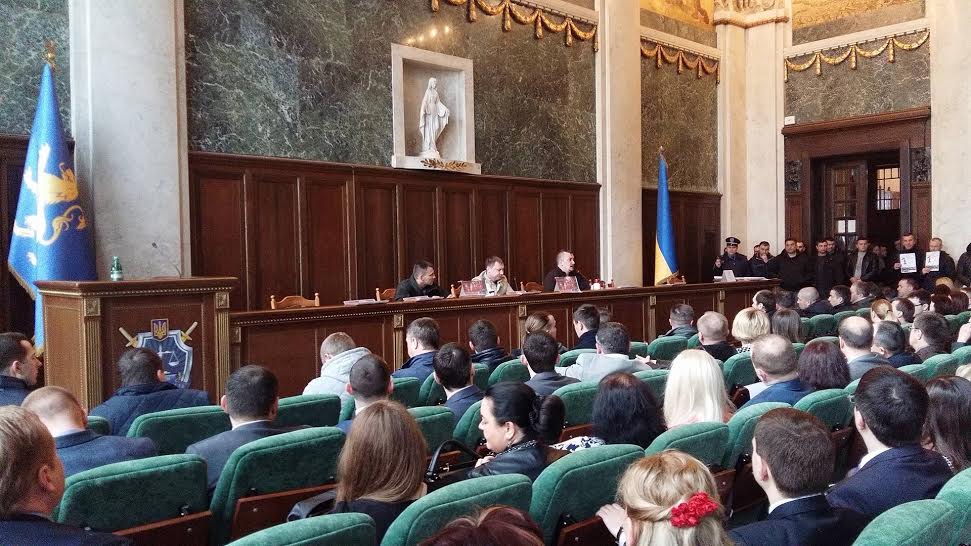 Public discussion of the new Prosecutor of the region agreed to be held on Tuesday, April 5. About this activists agreed with the Deputy Prosecutor General of Ukraine Nazar Holodnytskyi, who came to present Vitaliy Miakishev.

We add that the head of the National Police in the Lviv region Dmytro Zahariy and the First Deputy Head of Regional State Administration Rostyslav Zemlynskyi urged the Prosecutor's office to listen to public opinion, to avoid provocations and riots.

The protesters brought with them eggs and tomato juice, and also posters with inscriptions: "Public organizations are against “skydivers” and separatists". In addition, activists decided together to "collect" money to Vitaliy Miakishev for a return ticket to Zhytomyr. 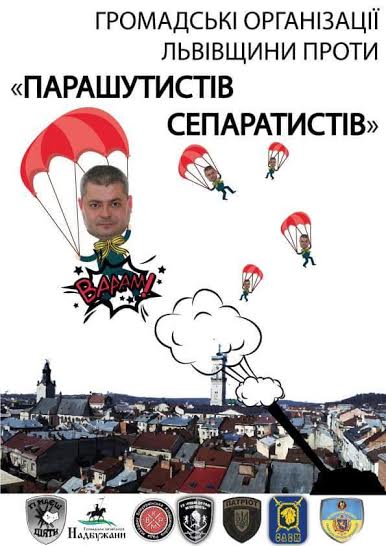 The candidate himself in the auditorium for the presentation was not present.

We will remind, the General Prosecutor of Ukraine Viktor Shokin wrote the application on dismissal from the post on 19 February. However, before the dismissal of the Prosecutor General even hastened to appoint the Chief Prosecutor in the Lviv region Vitaliy Miakishev. On the 29 March the Verkhovna Rada of Ukraine agreed dismissal of Victor Shokin.

Question is in what regions similar "shadow" appointment were held and why Viktor Shokin was in such a hurry with the arrangement in the prosecution of "his" shots.