Instagram
The NGO "Rozvytok Hromady" with GF "Afghan Heroes" sent a formal appeal of protest in the Security Service, the Presidential Administration and the Cabinet of Ministers of Ukraine.

The social activists found, that the former customs officer - Jaroslav Antoniak, which, according to unofficial data, was fired through extortion and receiving bribes, intends to take the post of deputy head of the SSU in Lviv region.

Yaroslav Antonyak worked in Lviv customs department in the fight against smuggling. Allegedly, during his service one fact was revealed, that he demanded and accepted a bribe from an individual entrepreneur. For this guide the customs offered Antonyak to retire from service for his own desire.

Also worth adding, that J. Antoniak in 2012 ran for national deputy from the party "Ukraine - Forward," which, as you know, was a technical project of "Party of Regions".

In the community there are serious questions about the wisdom of election as deputy head of the SSU the person with stained biography. So at the same time  two NGOs sent an appeal protest in the highest state authorities of Ukraine. 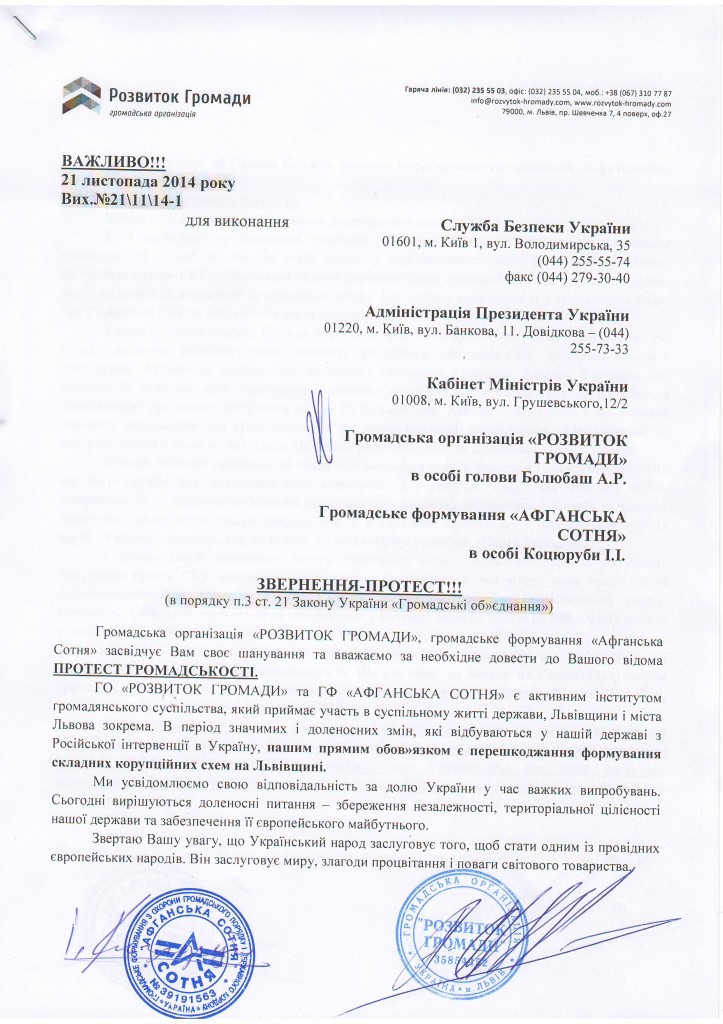 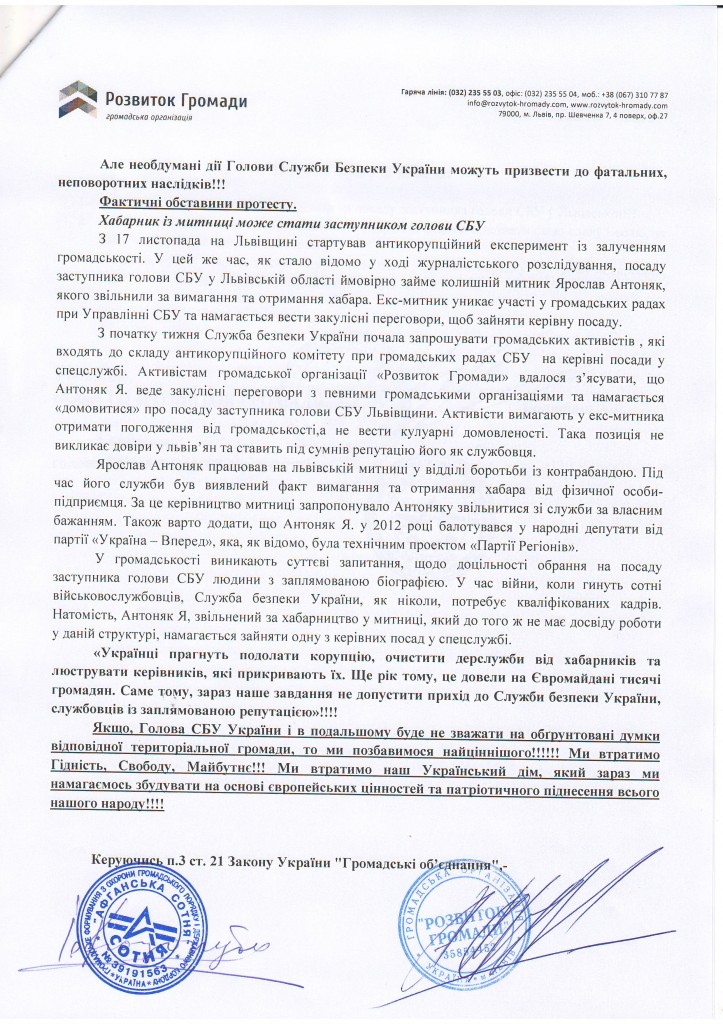 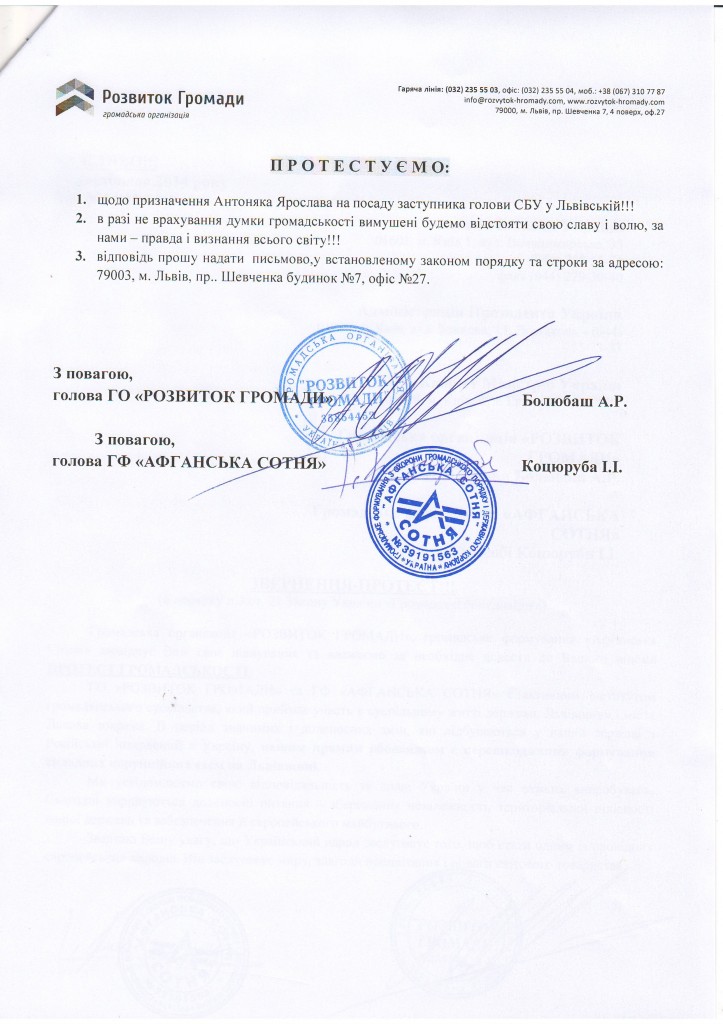