Instagram
The NGO "I am - from Lviv" and "Ukrainian Union Members ATO" joined the NGO activists from  "Rozvytok Hromady" and GF "Afghan Hundred" and protested, regarding the appointment of deputy head of the SSU in Lviv region  ex-customs officer with tarnished reputation.

Yaroslav Antoniak from Lviv, who was publicly invited to work by the head of SSU in the office, is a former employee of the customs, which are known from unofficial sources, was forced to write an application for exemption, because of a corruption scandal. The former tax collector avoids participation in public councils at SSU and tries to keep back-room to take a leadership position.

We should remind, that the anticorruption unique experiment started in Lviv on 17 November from the initiative Valentyn Nalyvaychenko. The Security Service of Ukraine began inviting community activists, who make up the anti-corruption committee in public councils in SSU on management positions in special services. The activists of the NGO "Rozvytok Hromady" has learned, that Y. Antoniak has backstage negotiations with certain NGOs and trying to "negotiate" on the post of deputy head of the SSU in Lviv region.

To the activists of "Rozvytok Hromady" joined other NGOs, numbering hundreds of members. The activists sent jointly a formal appeal-prostest in Lviv Region State Administration, Regional Council, the Office of Security Service of Ukraine in Lviv region and the Public Council under it.

Here's the full text of the document: 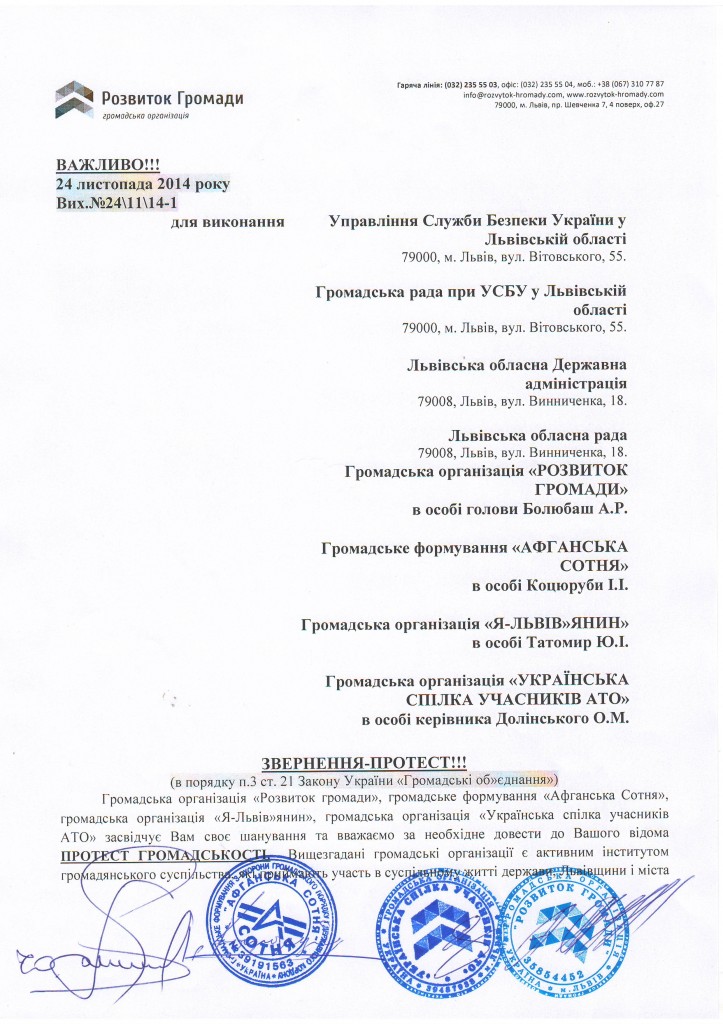 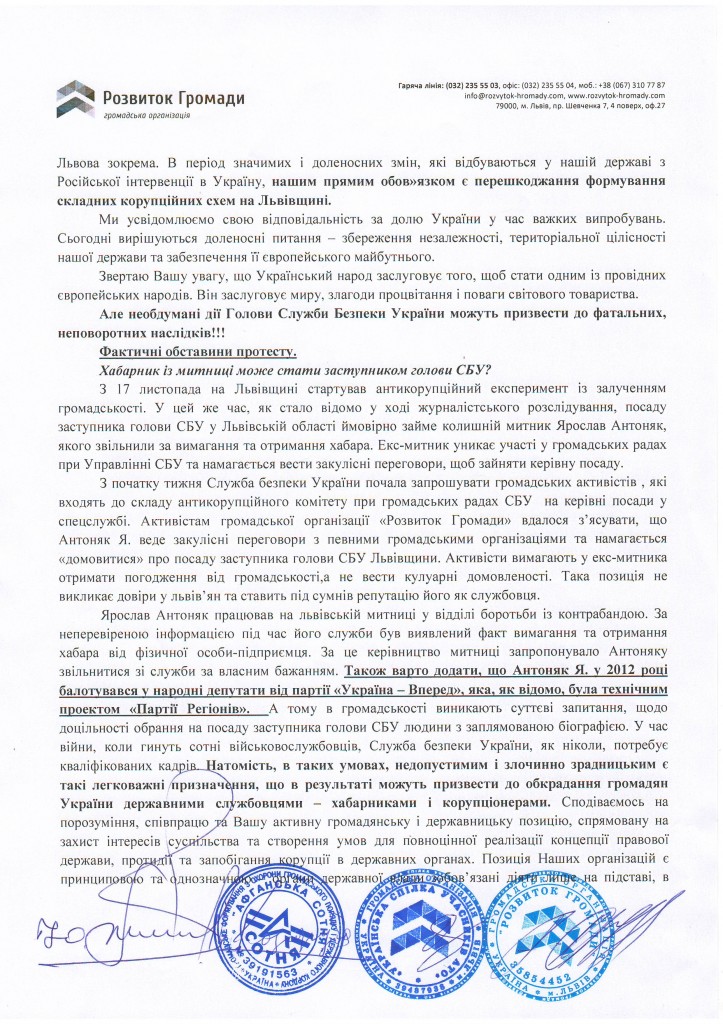 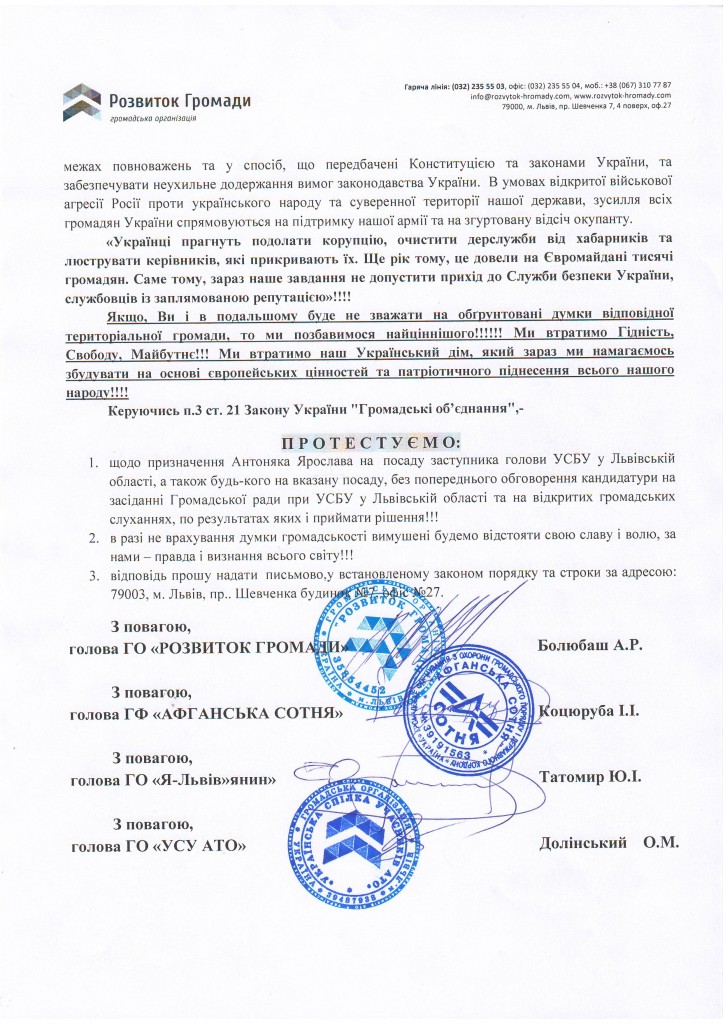