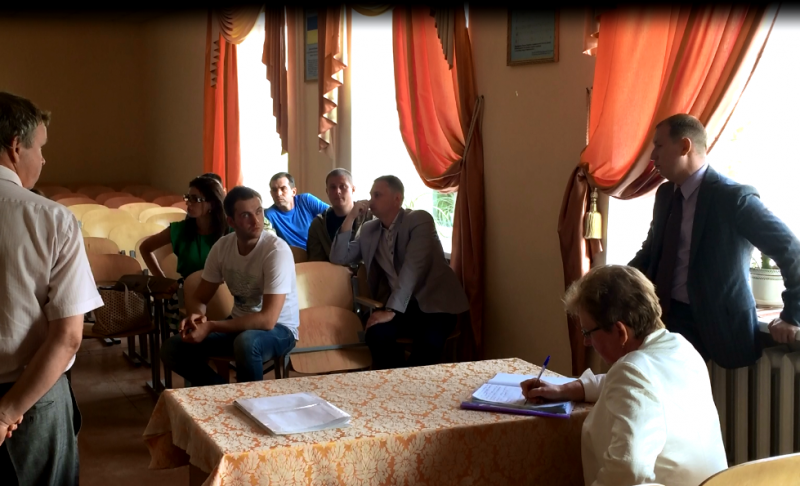 Instagram
Activists of the NGO "Community Development" took part in the discussion of the controversial land between Lviv and village Ryasne-Ruske, which took place on 1 July at the premises of a Ryasne-Ruske village Council. During operation, the members of the organization noted that care solely about the interests of the community.

The government of Lviv plans to expand the boundaries of the city by land from the neighboring village, and for approval of new boundaries requires the consent of the village Council. In case of failure of the parties to the agreement, the issue of alignment of the boundaries of the city will be considered in court. Discuss the pros and cons of this issue arrived Ryasne-Ruske villagers, deputies of the village Council, deputies of the Yavoriv district Council, Lviv regional Council, representatives of the NGO "Community Development" (“Rozvytok Hromady”) and SF "Afghanska Sotnia."

Activists of the NGO "Community Development" are included in the working group on allocation of land to members of the ATO in the Lviv Regional State Administration. The land between Lviv and Ryasne-Ruske could be highlighted to the participants of the antiterrorist operation, but after a dispute over the ownership of land, it is impossible. In case if the land remained within the territory of the village Ryasne-Ruske the village Council would have allocated land for the military.

Pre-working group, which included representatives of the "Community Development", the deputies of the village Council, employees of the Lviv City Council and regional state administration has developed a compromise solution, which is 115 hectares of land will depart the village Ryasne-Ruske. In the case of the adoption of this compromise solution, the solution of the question will have to look in court, and trials have been known to last for years. Their vision on this was expressed by the participants of the antiterrorist operation, present at the meeting. In particular, they focused on the fact that today we need to fight for land in the East of Ukraine, and not in the session hall.

Members of the NGO "Community Development" during the meeting, informed the participants about the possible risks in both versions of the decision from a legal point of view. At the end of the discussion, the participants decided to contact the Chairman of Lviv Regional State Administration Oleg Syniutko to analyze the situation and presented the solution to the problem.

"It is worth remembering that the decision in this situation will be taken by the village community, and we will continue to support it and continue to defend their interests", - said during the meeting, the Chairman of the SF “Afganska Sotnia” ("Afghan hundred") Igor Kotsiuruba.


In addition to discussing the land question at the meeting, Chairman of Ryasne-Ruske Council of agriculture Emilia Smokorowska refuted false information regarding the NGO "Community Development", published on the website revolutionua.com. Emilia Petrivna told how NGO activists helped the Council of agriculture and provided legal support to resolve the issue regarding the establishment of territorial boundaries. Also noted that the NGO actively supports the community of the village and will defend its interests till the end.