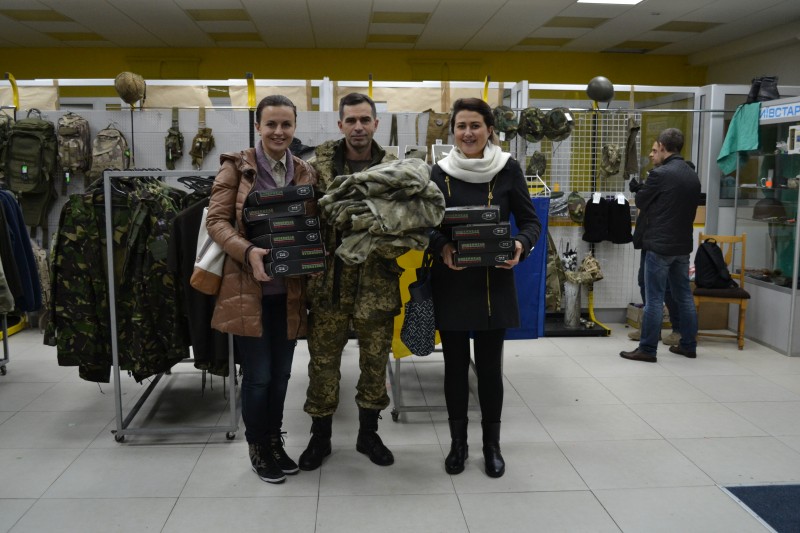 Instagram
Yesterday, on October 21, activists of NGO "Community Development" (“Rozvytok Hromady”)together with Revkov Volodymyr, who soon will go to the East, bought for the soldiers sets of thermal underwear and fleece jackets.

In Ukraine the war continues, we should not forget about that not even for a moment. Unfortunately, the temperature plummeted below zero, but not all of our fighters are provided with warm clothing, thermal underwear, and jackets. Without such garments for guys it is difficult to hold the line. The Union members of ATO together with the NGO "Community Development" took care of the military, who soon will depart to the East.

Revkov Volodymyr – is a caring husband, father of two children, a Colonel, a patriot. He is going to war for the second time. His wife understands that it is his duty to the country, and her children, because she also may be conscripted to military service. "It's hard to leave kids, and go where you're responsible not only after your own life, but also for the health of colleagues." Volodymyr said that the military part A2678 in which he serves, and this time sends him and four other brothers. However, none of them has any warm clothes or thermal underwear.

NGO for a long time supports ATO soldiers. We are glad that there are many conscious Ukrainians who are not indifferent. It is the only way how we can say "Thank you" to those brave men who are protecting our peace.