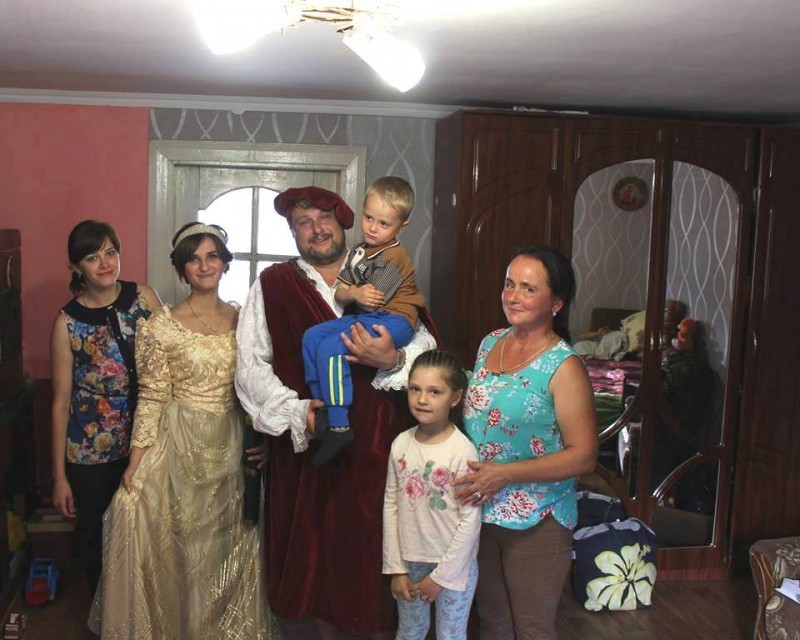 Instagram
On the twentieth of July the little Artem was 4 years old. To congratulate the kid with the holiday arrived unusual guests.

In the family of Kuzminy, which are living in Slavsk, on the 20th of July was a holiday. Unfortunately, share the joy with the boy and his family couldn't his father. The driver of ambulances, senior soldier Lubomyr Kuzmin died on May 23, in the battle near Novopavlivsk, in the Donetsk region. To support the widow and young son of the fallen hero decided the activists of the NGO "Community Development"(“Rozvytok Hromady”).

For the birthday of little Artem the members of the NGO prepared in advance and assembled to the boy a lot of gifts. To make this holiday etched in his memory, the activists turned into fairy-tale characters. Lots of positive emotions feel the boy when he received presents from the famous writer Charles Perrault and the magic Cinderella. Artem and his family members were delighted with guests and gifts.

First of all the boy made a wish and blew out the candles on a birthday cake. Then began to play with new toys. At this time the mother of Artem, Svitlana, had the opportunity to talk with activists. 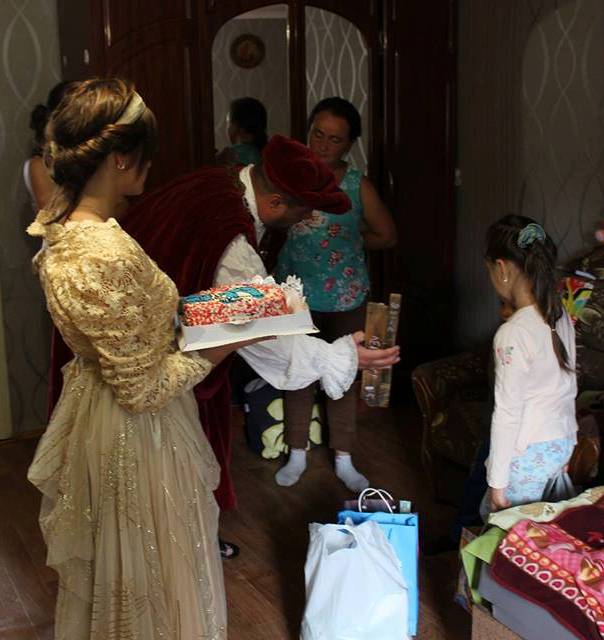 "For us, this day was special! We tried to give a child a real holiday and we were very glad to see his happy face. Unfortunately, in our country there are many families who suffered the same tragedy – the loss of the father in the war. We want to support children,who have the same grief. Therefore, in the future, in the framework of the project "Give a child a dream"(“Podarui dytyni mriyu”), we will be visiting the children of deceased members of ATO on the day of their birth," said an activist of the NGO "Community Development" Andriy Feduniak.