Instagram
The soldiers invited the activists of the NGO at the ceremony and thanked them for the help.

On Friday, June 26, was held a celebration of the 85-th anniversary of the Airborne forces. The gala concert was organized for military workers of Frankivska regional administration. 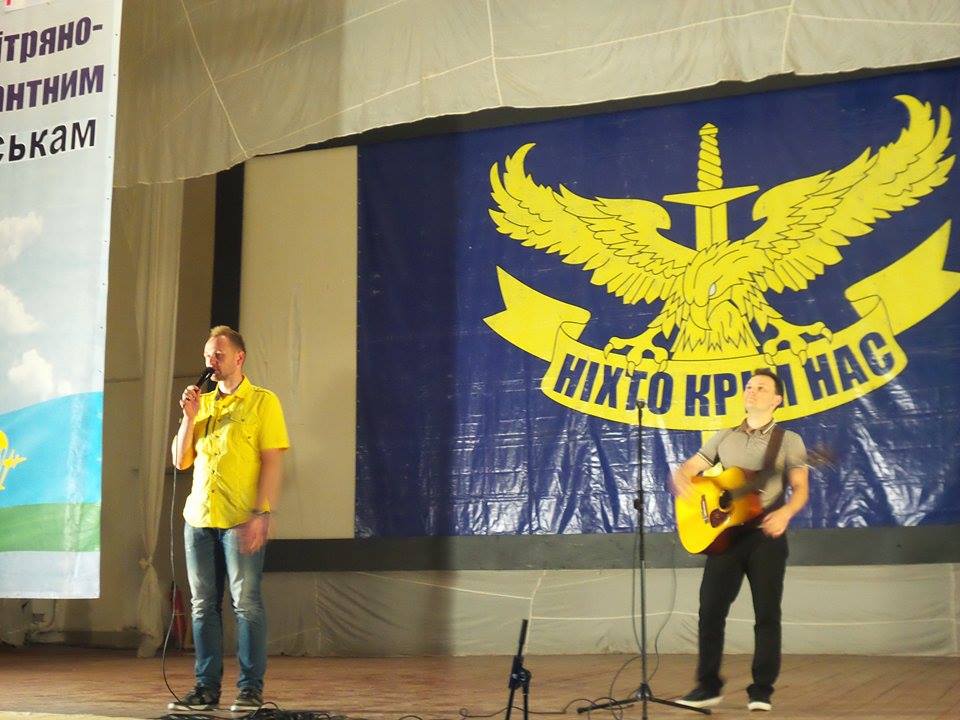 The event was attended by famous artists. In particular, on the event was present the winner of the TV project "Voice of the Country" Pavlo Tabakov, also positive emotions gave the singer Oksana Mukha, the soloist of the band "Mary" Victor Vynnyk, Ukrainian youth group "I Want More"(“Hochu Shche”) and other talented singers. However, the military in the hall was particularly impressed with the speech of students of the school of Combat Hopak. Also guests were entertained by dance groups.

The organizers of the event invited on stage those who helped not only with their talents, but also with support. Among them were public figures and volunteers. Activists of NGO "Community Development" were also noted.

"We are doing our best, and sometimes impossible, to help those who are now defending our freedom and peace" - said from the stage activist Roman Duda.


NGO "Community Development" for a long time is helping soldiers of ATO. Activists have repeatedly conveyed humanitarian assistance to East of our country. For the collected CF "Community Development" means the military has purchased flags, disposable tableware, and repaired cars which were sent into the zone of ATO. However, one of the most important achievement of NGO is the creation of a Center of assistance for the families of fallen soldiers of the ATO, which for over

half a year provides support to the families of our heroes.