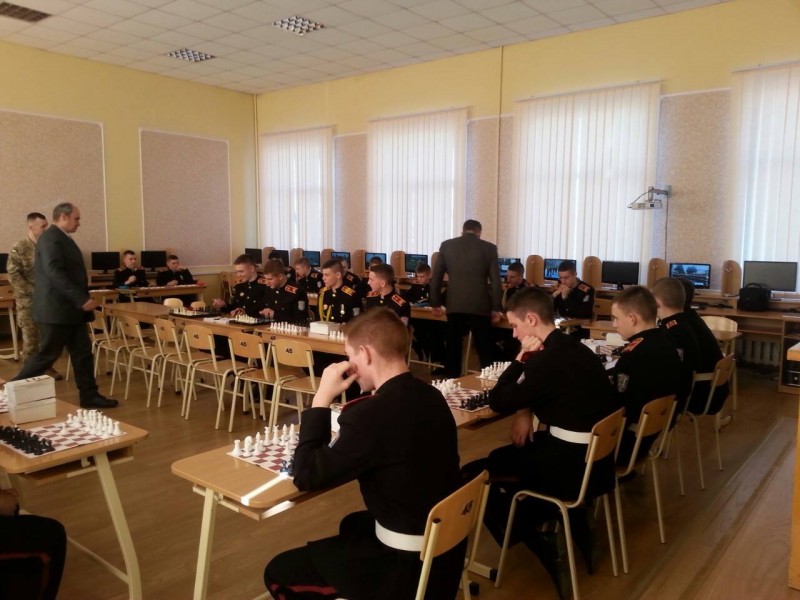 Instagram
On the 16th of February in the auditorium of Lyceum named after Kruty Heroes a session of simultaneous chess and checkers was held.

The young warriors were invited to play intellectual games by activists of the NGO “Community Development” and the chess elite of Lviv. Interesting stories about the game and exciting combinations were demonstrated by Ivan Ilnytskyy, Viktor Kostovskyy, Svyatoslav Popovych.

The session of simultaneous play with the grandmasters was held in friendly atmosphere. The boys showed remarkable curiosity and perseverance. Those who fought most vehemently were awarded checkers and chess sets by the organizers. The main outcome of the event: intellectual games are very interesting and important for future officers. 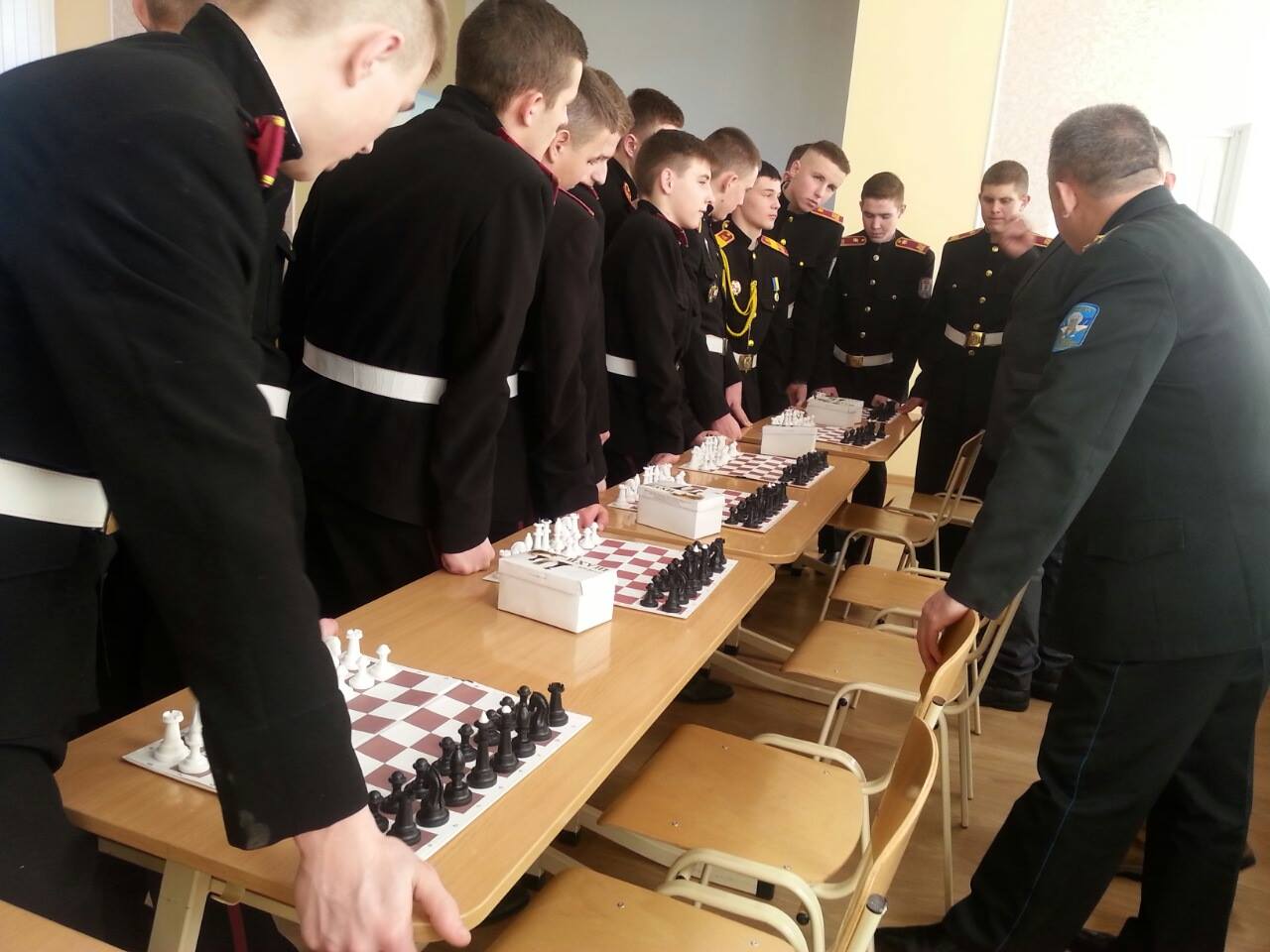