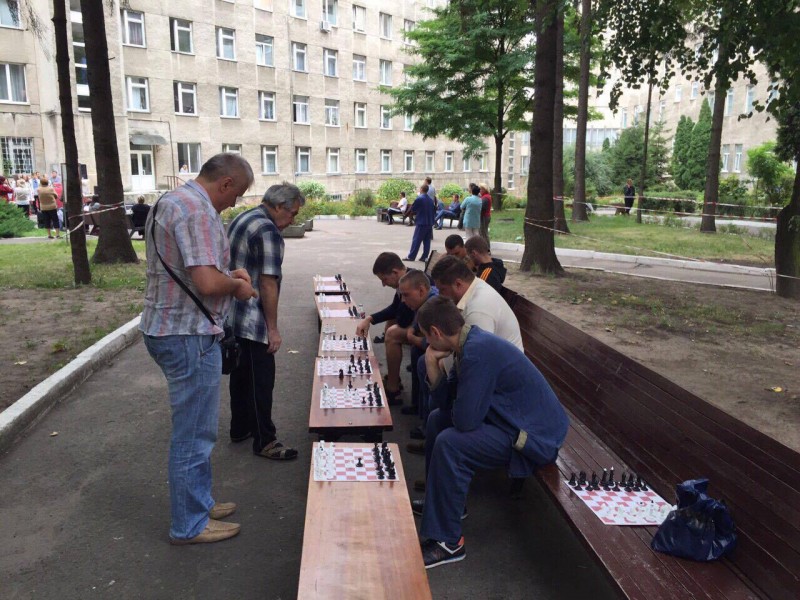 The action was attended by about 15 people. We also invited a specialist in chess, which watched the correct moves and all the rules. Professional word soldiers listened and learned the intricacies of the game.

The tournament was attended by even those who do not know how to play chess. Despite this, the game they loved and captured all the attention..

Chess develops logical thinking, memory, thinking, teaches to foresee the reaction of the opponent, to compare. This sport also promotes imagination and creativity.

Recall that chess tournaments are not conducted for the first time by activists. On the Day of Chess Yavoriv and Chervonograd Departments carried out similar activities for children and adults in their cities.