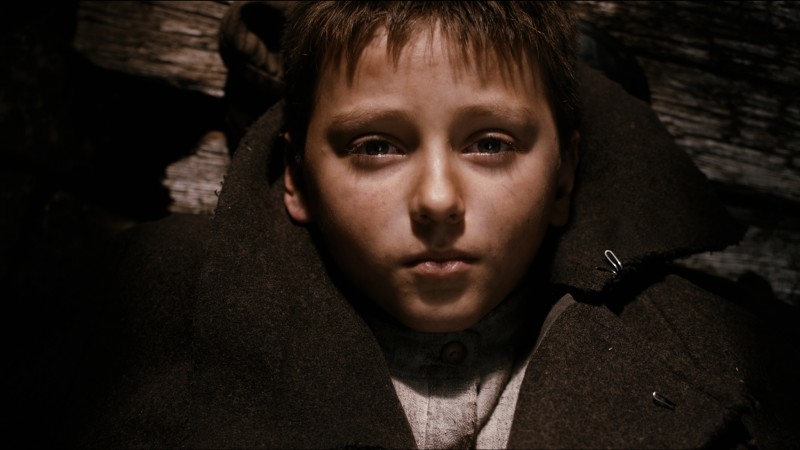 Instagram
Anton Sviatoslav Greene, who played a major role in the film by Oles Sanin "the Guide", gave the activists of "Community Development" humanitarian  aid, which they in turn give to the families of the victims of war. Together  with the things he sent a written appeal to the children who lost their parents in the war. 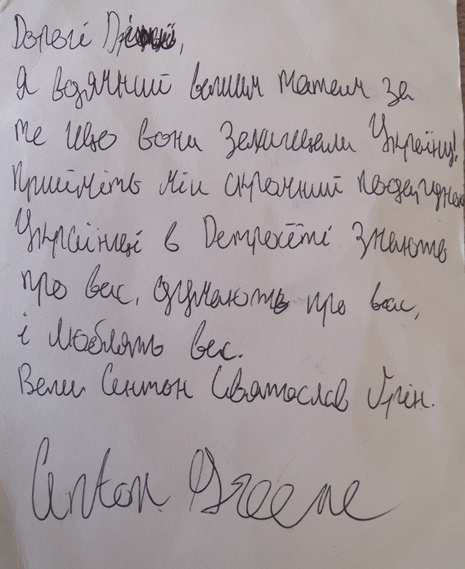 Dear children,
I'm grateful to Your dads because they defended Ukraine! Please accept my humble gift. Ukrainians in Detroit know about You, thinking about You and loving You. Yours, Anton Sviatoslav Greene.

Collecting clothes and other things were held in schools among the representatives of the Ukrainian Diaspora in the city of Detroit. The initiator of this charity event has become a young American with Ukrainian roots Anton Sviatoslav Greene, he played a major role in the Ukrainian film "the Guide". It is worth noting that well-known to us with large screens boy-guide, in real life is the son of mother  Ukrainian and father American. Great-grandfather of the young actor was a political prisoner of the Soviet Gulag. Ukrainian roots and Patriotic upbringing of the boy visible in his actions.

For children, of fallen soldiers in the East of Ukraine in the ATO, representatives of the Diaspora sent clothes and toys. Aid was sent to the Center of assistance to the families of those who were killed in the ATO, established with the NGO "Community Development". In the package you can find clothes for newbornbabies, and for fifteen-year-old adolescents.

"We have sort things with the sizes, so in the future, the activists of the NGO "Community Development"(“Rozvytok Hromady”) will contact the families of the fallen soldiers of the ATO, in which there are children and inform them about the possibility to receive assistance from the United States. In our Center of assistance to the families of those who were killed in the ATO there are contacts of many families who need such things, and then we will send them as soon as this stuff. I hope that in the future we will actively cooperate with representatives of the Ukrainian Diaspora in the USA", - said the head of the “Assistance to ATO” in the NGO "Community Development" Oleg Dolinskiy.