Instagram
Residents of Truskavets together with NGO "Community Development" lit candles as a sign of deep grief for the victims of the terrible terrorist attack in Mariupol.

Under the shots of the invaders, found itself a number of cities in Eastern Ukraine. It seems that enemy tries in a new way to cross borders of unitary, independent state. Present the front line - Stanytsia Lugansk - Shchastya - Severodonetsk - Popasna - Debaltseve - Pisky - Donetsk - Mariupol. This is not a complete list of settlements that have been subjected to heavy firing Grad rockets and artillery. However, the cannonade of fire in the direction of the strategic cities of Ukraine became the most terrible tragedy in recent months. About a hundred wounded, 30 dead, including children and the elderly.

Saturday morning the inevitable happened. From reading news, the heart grieved, the blood stood in veins, and hands turned into tight fists. Silent cry struggled out in most flagrant words. The media have sounded the alarm, but it will not bring back the lives of those who died. In such difficult moments we should honor the memory of dozens of people that are gone. 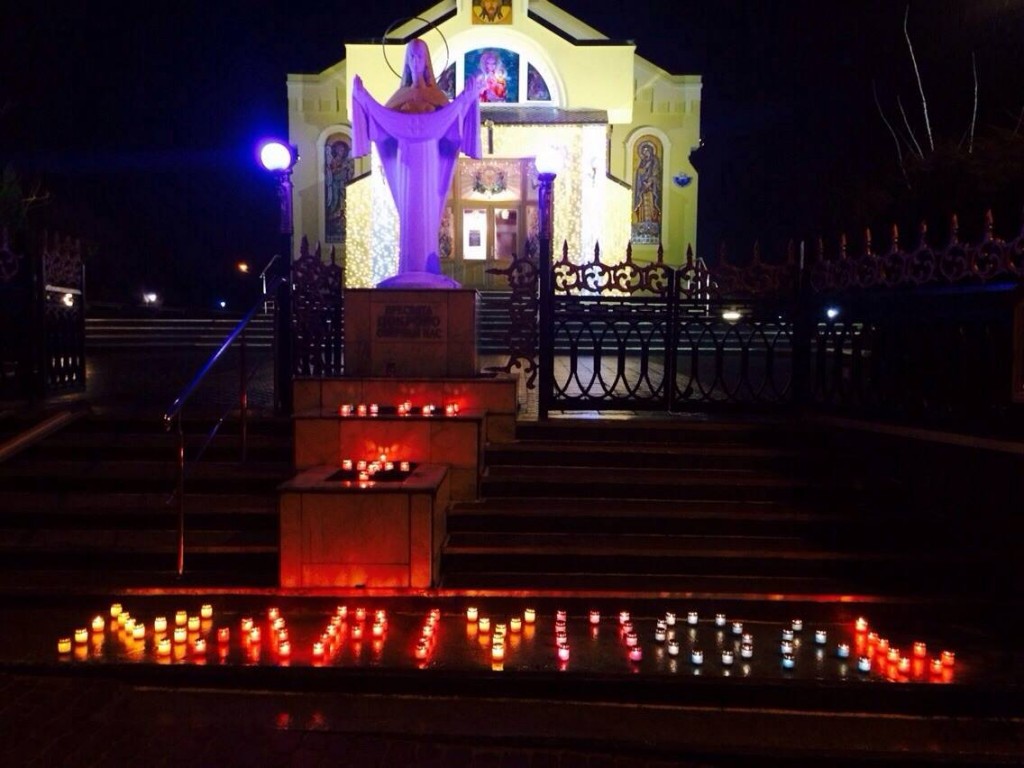 Candles lit the whole Ukraine. Huge cities and small villages lit up the word "Mariupol". On the initiative of the NGO "Community Development" victims in Saturday's terrorist attack were mentioned in Truskavets. The action was held on Sunday, January 25. This is the second march this year that has come into widespread and united patriots across the country.

We would hope that Mariupol attack – would be the last in the war against the invader. God Bless Ukraine and give her the strength to stop this outrage. Because, if not us, then who will save us from those for whom human life is nothing?