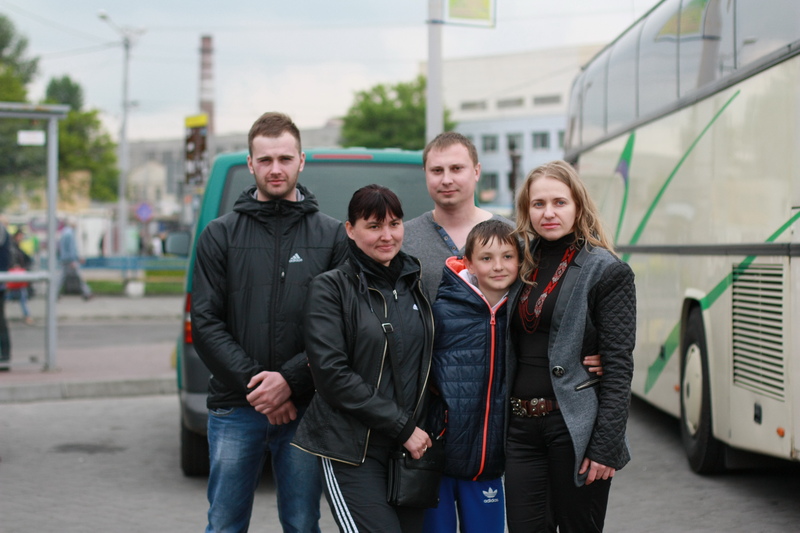 Instagram
In the framework of the project “Part of ourselves” activists of the NGO “Community Development”(“Rozvytok Hromady”) helped to organize a trip to France in Brest, to the family of the deceased in the area of ATO soldier. On holiday abroad will go wife Natalia and son Vasyliy. Co-organizers of the project were: IRUAZ(ІРУАЗ)-Ukraine, Radio “Lviv wave”(“Lvivska Hvylia”) and the Initiative E+.

The aim of the project is to provide the families of the soldiers who died in ATO the possibility of a summer holiday, rehabilitation and psychological rehabilitation. Widows of the dead soldiers and their children are going to France with the hope that picturesque scenery will help them get healthier, and a little to soften the unspeakable pain of losing relatives. In General, for the recovery to the French city Brest will be send 6 women and 8 children.

Today Stynda Natalia and her son Vasylyi went to their journey to France. Their father was a fighter, Stynda Mykola, he died in the ATO. He was born in the village Dolishne. Recent years lived in Morshyn. The man was 36 years old, father of two children.

Nataliya with Vasyl go to an entertainment multiplex for two weeks, where they are already looking forward to. Other women prefer to live with English-French families, who are volunteers from the organization IRUAS-Ukraine. In France, the family is waiting for cultural activities, rehabilitation, new impressions and emotions.

“I want them to get acquainted with the culture of France and the city of Brest, in particular. Vasyl promised to do the photo-report, as he's a reporter-novice. He loves to write and take pictures,” says project organizer Uliana.


The organizers helped the families to open a visa.

“We did it without problems, in 5 days they were ready. If I wasn't sure that they will be fine, I would not participate in such a project. No doubt this project is a part of me, part of Radio “Lviv wave”, NGO “Community Development”, IRUAS-Ukraine and Initiative E+," says Uliana.


Vasyl is very happy to go to France, he wants to find new friends and make a lot of pictures.

“I really want to see the Eiffel Tower, in fact this is probably everyone's dream. I want to find new friends, to see their traditions, how they live and treat other persons. I was very happy, when I found out that I am going to France. I was glad that I will not go to school. Also I was very glad that there are organizations that help people. I am looking forward to make a photo-reportage.

“Within the center of assistance to the families of ATO we joined this program. I hope that soon more families will be able to go abroad to rehabilitation. We will continue to help the families of dead soldiers of ATO. We also gave a souvenir from Lviv to the family in France, who support the Ukrainians", - said the head of the “Assistance to ATO” NGO “Community Development” Oleg Dolinskyi. 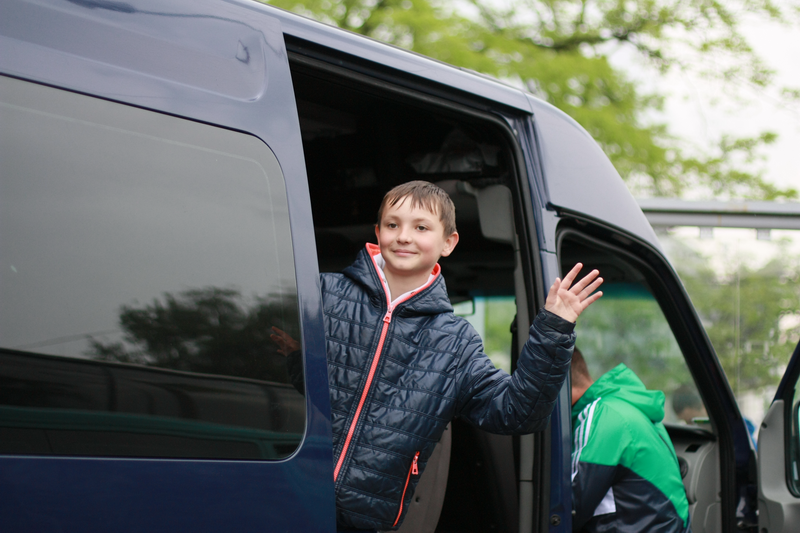