Instagram
On August 11, activists of the NGO "Community Development" together with the Supreme Garrison Church of the Holy Apostles Peter and Paul and Yavoriv Regional State Administration organized tour day for residents of the region. The event was attended by over twenty people, including the relatives of the deceased soldiers of the ATO and families of soldiers who have returned from the East.

The tour participants met in one of the oldest temples of the city – Supreme Garrison Church of the Holy Apostles Peter and Paul, in the past, the Church of the Jesuits. After the prayer to the miraculous icon of the Mother of God, began educational tour of the temple, which was held by father Yuriy Tsyupka. Residents of Yavoriv region had the opportunity to hear the story of the ancient monument of architecture and a Christian Shrine, climb to the second floor and even visit the dungeon of the temple. 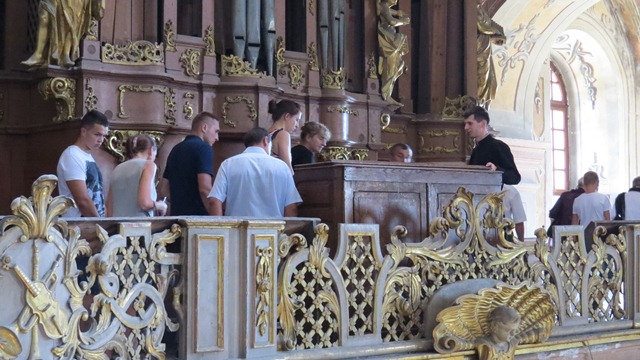 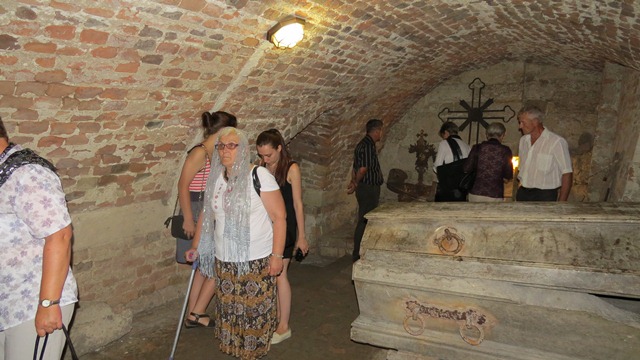 Further sightseeing the route ran through the Temple of the Holy Archangel Michael, where guests were waiting for father Volodymyr Samets. The priest spoke about the architecture and history of the building of the temple. Also he focused on the miraculous icons that people could kneel. 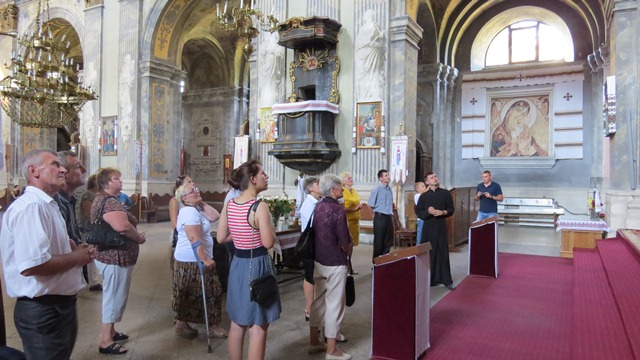 After exploring the temples, Lviv guests from Yavoriv went to the famous historical and cultural Museum-reserve "Lychakiv cemetery". Some of the people saw the cemetery for the first time. But even those who had visited it before, were delighted with the stories of the guide of Yaroslava Teodorivna Kolosowska. At the end of the tour, the residents of Yavoriv came to the graves of children who died in the ATO zone and during the Maidan. With Prayer and bitter tears they honored the memory of Heroes. 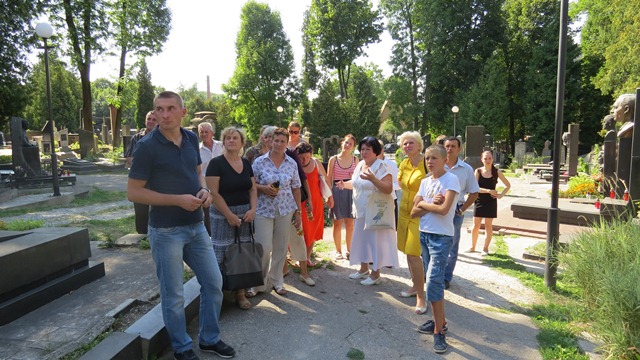 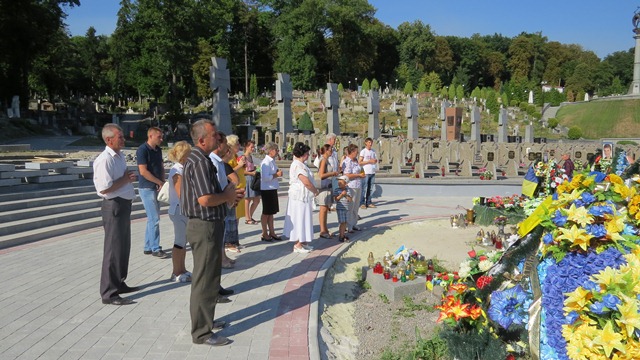 "It's nice that people are interested to visit Lviv temples and cemeteries. They had the opportunity to pray, to talk to the priests, and also to see much of interest in Lviv. Understanding grief and pain of these families, we always try to organize trips to such places where they can find peace of mind. Therefore, in the near future we are preparing for another excursion in the monastery," - shared the tour organizer, activist of the NGO "Community Development" Baj Nazar.


Organizers and participants are grateful for the interesting and informative stories by father Yuriy Tsyupka (Supreme Garrison Church of the Holy Apostles Peter and Paul), father Volodymyr Samets (Church of the Holy Archangel Michael) and the guide Yaroslava Teodorivna Kolosowska (cemeteries). Also special thanks to the management and staff of the Fashion Club restaurant for a free lunch.