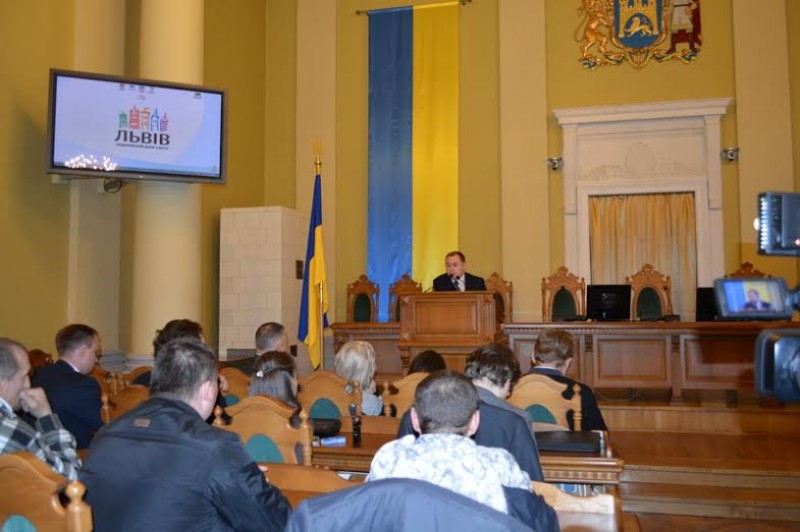 Instagram
The participants of the NGO "Community Development"(“Rozvytok Hromady”) attended the meeting of the City Council, and controlled the decision-making process on inclusion in the reserve land for ATO participants and families of the victims and approval by LME “Rembud” the project of land management concerning allocation of the land plot in the street Pid Holoskom.

"The Union of social protection of ATO soldiers and families of the victims", which previously addressed to the NGO "Community Development" for legal aid for several months struggling with the iniquity of the City Council. More than 300 people who participated in the Antiterrorist operation, can not get land plots, which are provided to them by the Law of Ukraine.

The members of the Union demanded from the mayor to allocate for participants of ATO, 2 more lands to provide housing for all participants of the ATO and the families of dead soldiers.

After lengthy negotiations between the participants of the ATO, the families of dead soldiers and representatives of the Lviv City Council, which lasted for several months, today, April 23, at the session of the Lviv City Councilwas held the vote for the resolution on entering in the reserve for ATO participants two additional plots of land and transfer to the LME “Rembud” land size of 0.63 hectares for the construction of multi-storey residential buildings. For the resolution voted 78 deputies.

As noted by the mayor Andriy Sadovyiy, Lviv City Council will facilitate the construction of an apartment building and within 1 year the apartment keys will be handed over to their owners.

Also, the session of the Lviv City Council was attended by representatives of the NGO "Community Development", which controlled the voting process and defended the rights and interests of the ATO participants and families of the victims of war.

"At the request of the Chairman of the Union of social protection of ATO soldiers and families of victims" we provid them with legal support in business decision regarding the allocation of land plots. Our activists defended and will defend the rights and interests of the ATO participants and their families," commented a member of the NGO "Community Development" Oleg Dolinskiy.