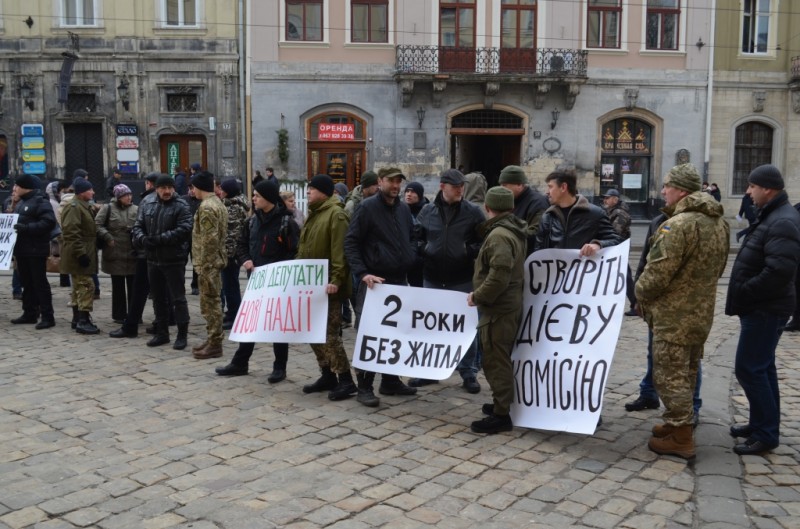 Instagram
Today, on February 4, participants of ATO of Lviv with banners in their hands gathered at a joint event in Lviv City Council. The soldiers came to the city authorities with the only requirement – to establish a Commission to address housing and land issues the participants of the ATO.

The meeting of the participants of the ATO coused the inaction of City Council. In two years the apartments were received only by 20 fighters. And, by the way, the queue is about two thousand soldiers. Due to this, the last fighters could hope for housing only after 100 years?

The same is with the land question: reserved for ATO fighters two land areas (on Pid Holoskom Street) are empty for almost a year. 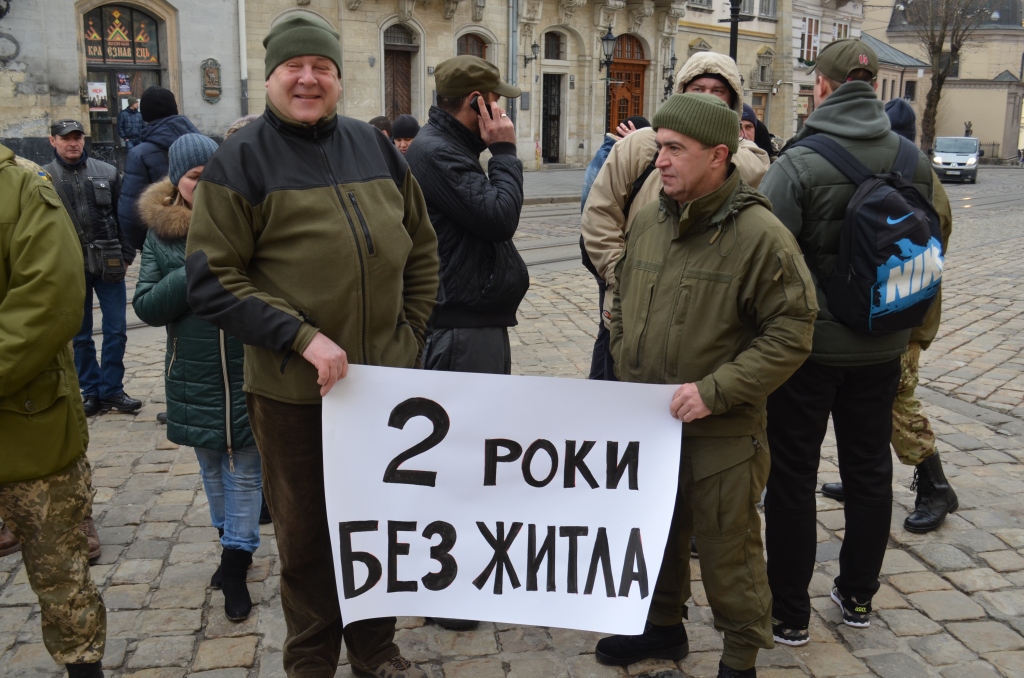 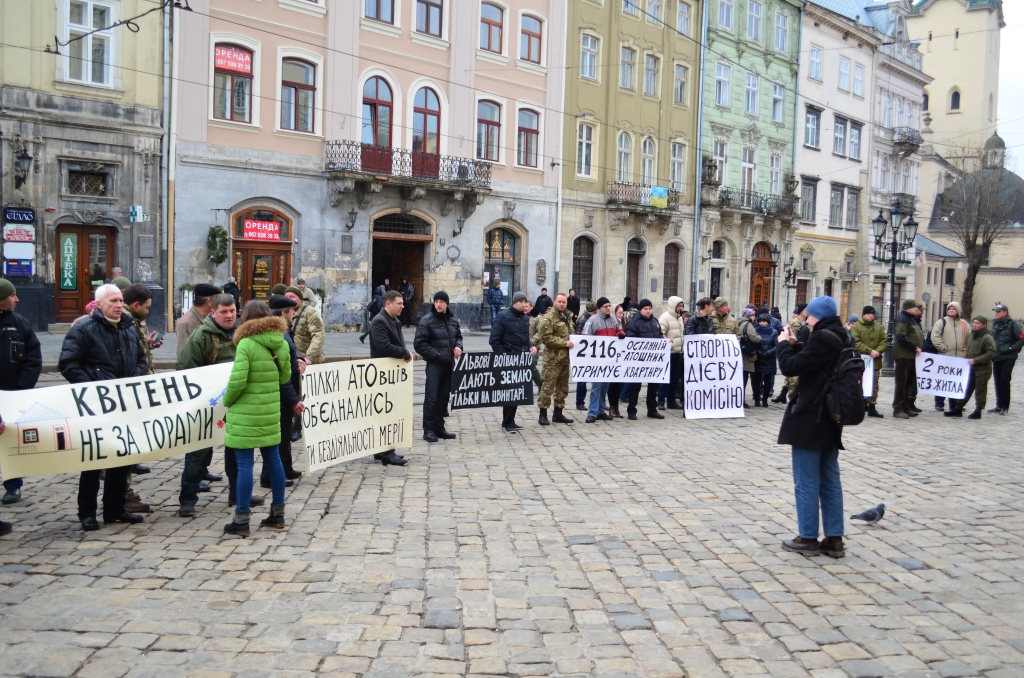 - Why we came out? Came, not to be deceived. The government must keep its words. If they promised – they must perform, - says the participant of the ATO Vasyl Melnyk 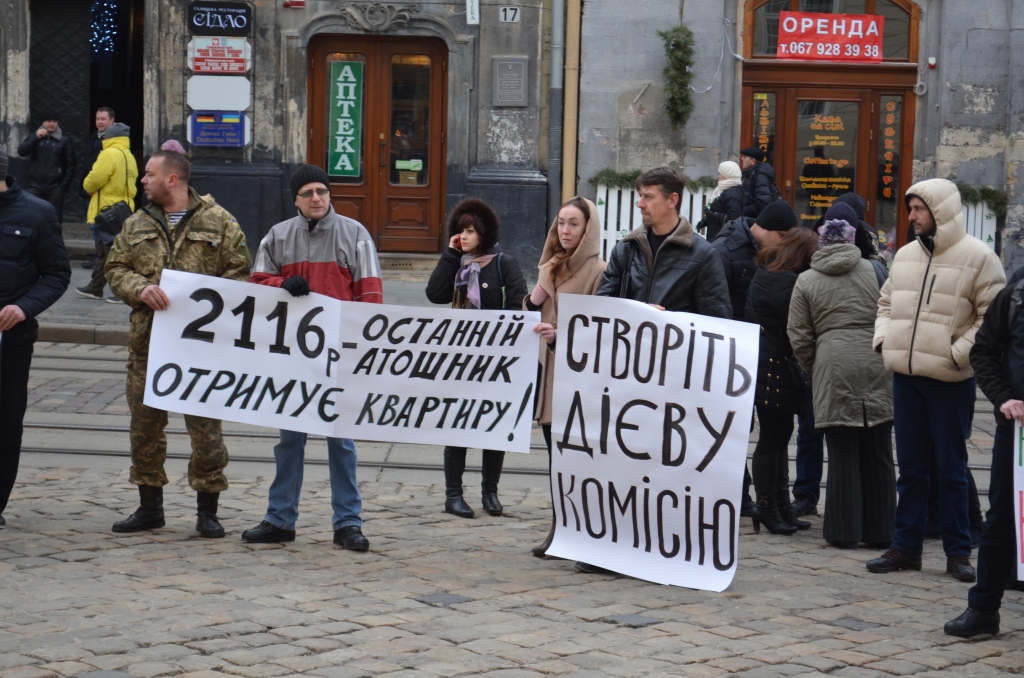 Earlier Commission, which was intended to deal with the problems of ATO fighters, stopped working more than six months ago.

So, Unions of ATO fighters united, and signed a Memorandum of cooperation and came to the City Council with a concrete proposal. 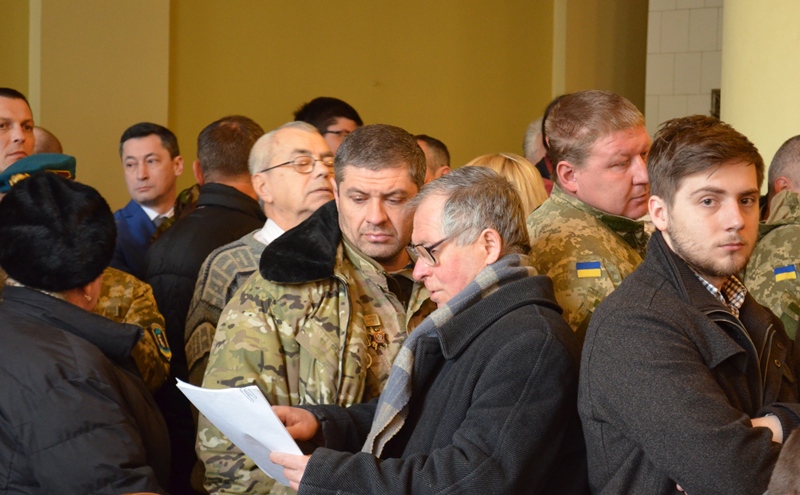 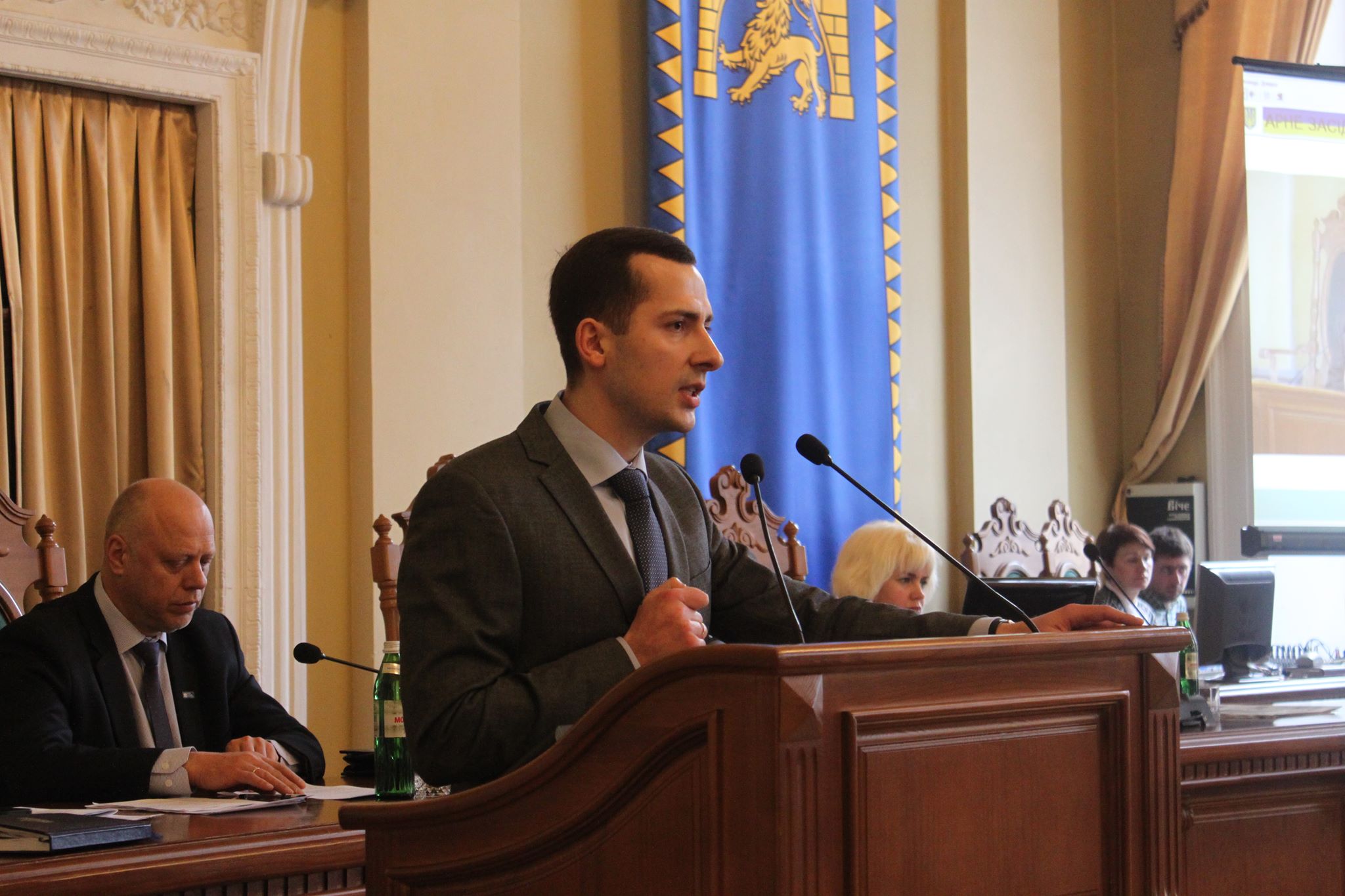 - First of all we wanted to show the city authorities that the Ukrainian soldiers came together. They are United because there are many forces that want us to bump heads and torn to pieces, - says the participant of the ATO Andriy Risnychok.


The deputies and the mayor have proposed to establish under LCC a new Commission, consisting of representatives of a deputies and Executive power bodies and themselves of ATO fighters.

Instead, the City Chairman of Lviv Andriy Sadovyy recalled about the previously granted 19 apartments. The mayor also suggested ATO fighters to become members of the Commission on the allocation of housing. Housing, which is not even built yet.

So the deputies satisfied the demands of the soldiers: the majority in the hall of the City Council made the decision to create the Commission. The Mayor also voted in favor.

All demands of participants of the ATO supported global Fund for the protection of public order and state border "Patriot", NGO "Community Development" and the anti-Corruption movement of Valentyn Nalyvaichenko.