Instagram
The region suffers from deforestation. Attract to responsibility for this only"ordinary workers", but their leadership is still at the office.

Residents of the city and region still are recovering from the ecological disaster that recently took place on Grybovychi dump. The unexpected death of rescuers, terrified people who live nearby. The inaction of the authorities of the city and the impact of corruption factors to reject numerous proposals for investment in collection, storage and recycling has led to extremely negative consequences.

However, this is not the only problem in the field of ecology of Lviv. As of today it is possible to draw a parallel between the situation with the landfill and another factor, which, when left without adequate response, may entail even more serious consequences, because is widespread and routine. We are talking about deforestation.

No wonder, why experts fear that Ukraine, will repeat the sad experiences of Romanian in the neighboring country, according to media reports, over the past 20 years for illegal logging, it lost about 80 million cubic meters of timber worth about five billion Euros. At the same time, the Director of the Lviv Regional Administration of Forest and Hunting Economy Anatoliy Dayneka behaves very calmly and says that the situation with forests in the Carpathians is far from critical, and statements about the disappearance of forests during ten years are baseless.

However, after more detailed acquaintance with his activities, the question arises: can it really be true? A native of Volhynia, Anatoliy Dayneka, twice held the position of head of Department of Forest and Hunting Economy of Lviv region. Twice he was fired. But he came back a third time. Such a "volunteer", which for the budget helps the military, builds bunkers and is proud to make its contribution to the development of the Ukrainian state. It is known that in some areas of Lviv forestry informally bring the most profit, and since this idea is true, and the penalties for illegal logging carries no one, it becomes clear that the "roof" of such activities are from the top. 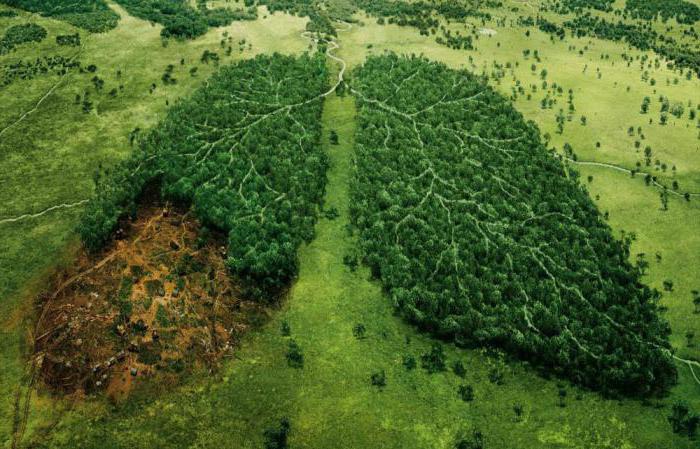 Of course! As you know from the media, appointment to such a high position of the person who served the Yanukovych regime, organized trips of employees of forestry enterprises on Antymaidan, contributed to the criminal activities of the bandits, determines the future implementation of similar activities. Head Daineka, avoiding lustration, still managed to hold on to a managerial position.

In its management there is a system that needs to be eradicated. Therefore, the old staff, among them Anatoliy Dayneka, should be dismissed from the FDA. This is confirmed by the fact that the "management"of  Anatoliy Dayneka in Lviv region had the mass illegal cutting down of healthy forests, the export of luxury wood, its burning, sold the property to forestry. There have been many violations by law enforcement agencies and control authorities.

Not less noise created a scandal around illegal privatization and alienation of forest areas in favor of persons close to Anatoliy Dayneka. We are talking about building in Morshynske, Lypnykivske forestry in Briukhovychi and others who were alienated during his leadership.

There is also a well-oiled scheme that has been running for many years, and the quirky relatives, godparents and others among the "business partners" of Daineka from year to year are the forest communities. Probably each of us at least once thought about how the site of the forest appear fashionable areas of elite building.

Why is Anatoliy Dayneka still in power? The main reason that allows to remain in office odious to the head of forestry is the issue of organization of fight against crime in the forestry sector. It all comes down to the detention and prosecution of “ordinary workers” and their direct management remains in the position. Why till today no one has ever considered the question of the existence of the relationship of Daineka with his subordinates, and did not found connection between what they do and the harm that they do? The head of such level have to be proactive. What does it mean? He must spend an excellent personnel policy and quality staff recruitment, choose people who have worked conscientiously and faithfully.

So, on the territory of  Oporetske forestry revealed illegal felling of the wood, with a total almost 60 m3 . As a consequence, forest damage for the sum about 200 thousand UAH. On the given fact initiated pre-trial investigation, which established that the cause of illegal deforestation was the improper performance of their official duties officials of "Slavske forestry", which allowed on-site Oporetske forestry specified felling. Thus, Anatoliy Dayneka again went dry from the water,and a responsibility falls on others.

Such examples are many. However, the problem does not lie on the prosecution of ordinary foresters. For negligence you need to punish the top management, in fact, a violation of the forest legislation is not an isolated case, and therefore controlled by the "top". Of implementation of economic activity in Ukraine is not only risky from an economic point of view, but also imposes great responsibility on the head of a particular body, including the criminal. The head is not only the person who carries out the mission of the enterprise to other legal entities, and the entity which is liable for the misconduct of subordinates. From the point of view of common sense and the laws of Ukraine, Daineka long ago would have been criminally responsible for all offences and crimes committed by his subjects directly under his leadership. When proving guiltof Daineka , the art. 367 of the Criminal Code of Ukraine provides imprisonment for the term from two till five years with deprivation of the right to occupy certain positions or engage in certain activities for a term up to three years and with fine from two hundred fifty to seven hundred fifty tax-free minima of the income of citizens.

From experience of Grabovytska tragedy, it can be concluded that in delaying the process of dismissal of the current head of Department of Forest and Hunting Economy of Lviv region Anatoliy Dayneka and the termination of implementation schemes available in the forestry sector, the consequences will not keep itself waiting long. So it was with the garbage disposal. Only after death the head of LME "Zbyranka" Prosecutor's office declared suspicion, and the court decided on custody. The ecological catastrophe that each day is getting closer, will lead to terrible results. Do we need a new victims of luxury living successors of "Zolotyh Batoniv"?