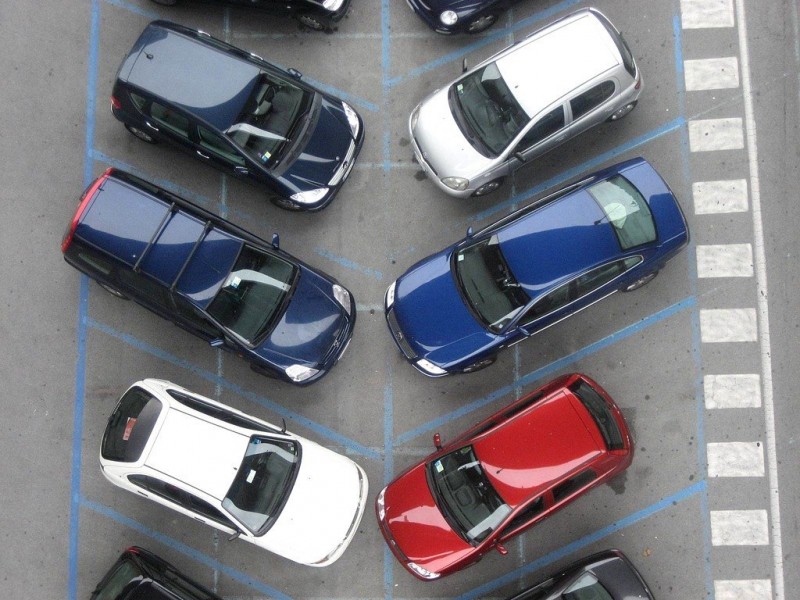 Instagram
Once, the Focus magazine, named Lviv city to be the most comfortable in Ukraine. Since then, it has firmly entrenched in our consciousness. And unfortunately, citizens are not always willing to agree with this opinion. And this is especially true for car owners.

Because of the undeclared war in the East, a larger number of the local population moved to a more secure and comfortable Lviv city, due to the hospitable call of our mayor. Therefore, increased not only the number of residents, but also cars. Narrow streets, one-way traffic, the old cobbles, trams, trolleybuses, social transport do not leave possibilities for free Parking of private vehicles. Drivers leave their cars where they want, or forced to look for a place on paid Parking, not always thinking, to whom they pay the money and, more importantly, for what?

For several years a construction of multi-level parking for some reason does not progressing: is it so difficult to find the investor, or is it so difficult for investor to find funds. Very similar problem of finding a volunteer to build in Lviv a recycling plant! Because, this business is controlled by the city authorities. And by a strange coincidence, the city government undertook the control under the existing Parking spaces in the Central part. After conducting a tender for granting the business entity rights to use the land, specially defined for the Parking of vehicles in the city of Lviv, have been granted to "Lvivavtodor", which pledged to properly equip the car parks in a well-defined number of Parking places, for example:

Residents of the city massively complain about the Parking problems, and the authorities on the lack of funds for construction of new Parking areas.

Activists of the NGO "Community Development"(“Rozvytok Hromady”) held a public investigation on the problem of Parking in Lviv. Lawyers of the NGO sent a number of addresses in Lviv City Council with a request to provide information about the Parking situation in the Central part, namely the number of these sites and who runs these sites, and how they pay money to the city budget.

After analyzing the documents, revealed a number of inconsistencies. For example, on the Sichovych Striltsiv Street were assessed 45 parked cars, as opposed to declared in the documents 12. How could this happen?! Same street after all could not become bigger, and the machines are not American Doje in sizes.


Thirdly, the LME "Lvivavtodor" did not install at the site the sufficient amount of space for Parking for persons with disabilities (10 percent of the total number, but not less than one seat).

Fourthly, the LME "Lvivavtodor" did not provide the site with a sufficient number of technical devices for payment (in accordance with the requirements, 1 Parking machine must serve 20 Parking places).

An interesting fact is that the LME "Lvivavtodor" only recently installed 2 Parking machines (Adama Mitskevycha Square and Shevchenko Avenue) where you can pay with Bank cards, which must be set over a year ago.

Activists have documented all violations and wrote complaints to Lviv Сity Сouncil, and made an appointment to the first Deputy of the mayor Victor Pushkariov, which was also attended by head of transport Victor Shchyr, Director of LME "Lvivavtodor" Oleg Bereza and chief architect Julian Chaplinskyi.

The conversation was not easy. Dialogue as such does not take place, was absolutely unconstructive. To the comments of activists on violations the authorities have given such answers:

In simple words, the money goes to someone’s pockets, skillfully passing the budget, which receives money only from 12 Parking places.

But, the head of the Department of transport Victor Shchyr reported to activists that they did not see any violations. Perhaps, the reason why there are "extra" Parking machines on the Parking lots – is the second round of the mayoral elections!

In addition, the Executive Committee of the City Council, by the decision No. 294 give the right to "Lvivavtodor" to make protocols of administrative offences for failure to pay for Parking.

Arguments on violations on Parking areas, where Parking tickets printed on the simple printer, the Valet is not an employee of the LME... Mr. Shchyr replied that he did not know about such facts. Than what this official know?! One gets the impression that he is incompetent, does not correspond to the position. Violations of this Parking area NGO "Community Development" recorded in July of this year, according to the results of the RAID, the activists wrote a complaint to law enforcement agencies and the Department of transport.

The question of how the city government sees no violation and why tolerate such situation Mr. Pushkariov said that has no information, in particular, on the Sichovych Striltsiv Street. It is likely that someone forged the signature of Pushkariov on the lease of the land on this street.

What is going on, good people?! Seems like government officials, are not interested in improving parking areas in the city and in the increasing of budget. Corny, but unpaid at the Parking areas money goes to their or someone else pockets. And this is hundreds of thousands of UAH. The reducing of the number of Parking spaces – mean the reduction in revenues – less investments in Parking lots. Vicious circle the exit from which no one is trying to find!

The lawyers of the NGO "Community Development" sent complained to SFS, and the Prosecutor's office with attachments of all violations with the request to understand a situation and to end the arbitrary rule of officials. Another appeal was sent to the Lviv City Council with the requirement to terminate the contract with the unfair tenant and to recover the funds of the city budget.

However Lviv City Council does not consider expedient the termination of contracts and reported that employees of the Department of transport and communication constantly monitor the operation of Parking lots. If they really are monitoring why they have still not found evidence of irregularities on construction Parking sites?


NGO "Community Development" will keep the situation under control. Moreover, the second round of elections will take place on these weekends and there won’t be a possibility to lie to people by creating the illusion of a working owner in the city.