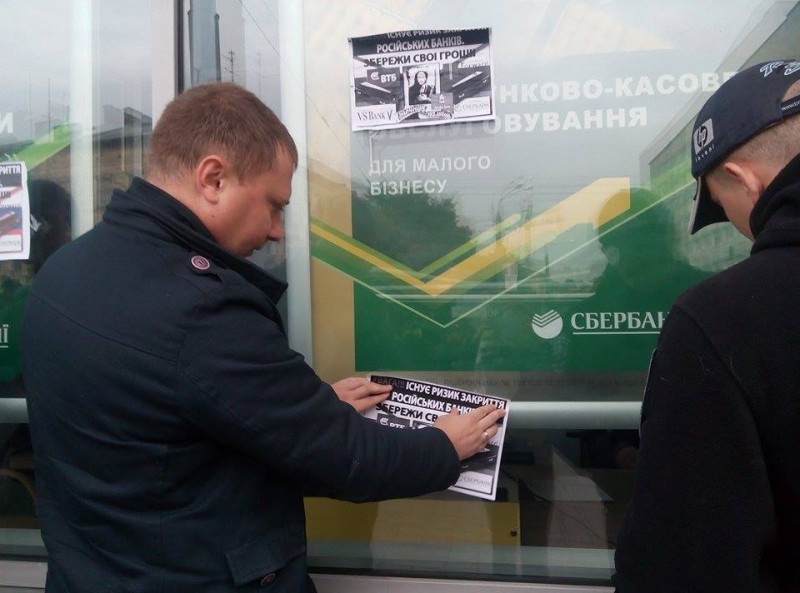 Instagram
On Tuesday, 8 September 2015 under the walls of "Sberbank of Russia", located on Chornovola Street, 2B was held a picket of the financial institution of country-aggressor

"Attention! There is a risk of closure of the Russian banks. Save your money – take your Deposit!" - under such slogans in the morning representatives of NGOs came to the premises of the branch of "Sberbank of Russia". The action was carried out with the aim of informing citizens about the possible closure of the Russian banks to prevent financial losses of depositors of these banks. It was attended by the representatives of the NGO "Slaves to Paradise are not allowed"(“”Rabiv Do rayu Ne Puskayut), NGO "Community Development"(“Rozvytok Hromady”), NGO "Self Defense of Lviv Euromaidan"(“Samooborona Lvivskogo Euromaidanu”), "Credit Maidan"(“Kredytnyi Maidan”), NGO "Economic boycott movement"(“Economichnyi Boykotnyi Ruh”), NGO "Auto-hundert of Self-Defense"(“Avtosotnia Samooborony”), "White berets"(“Bili Berety”). Activists put up posters, distributed leaflets and attracted the attention of passersby to the problem of functioning on the territory of our state banks of the country-aggressor, murderer of thousands of Ukrainians. 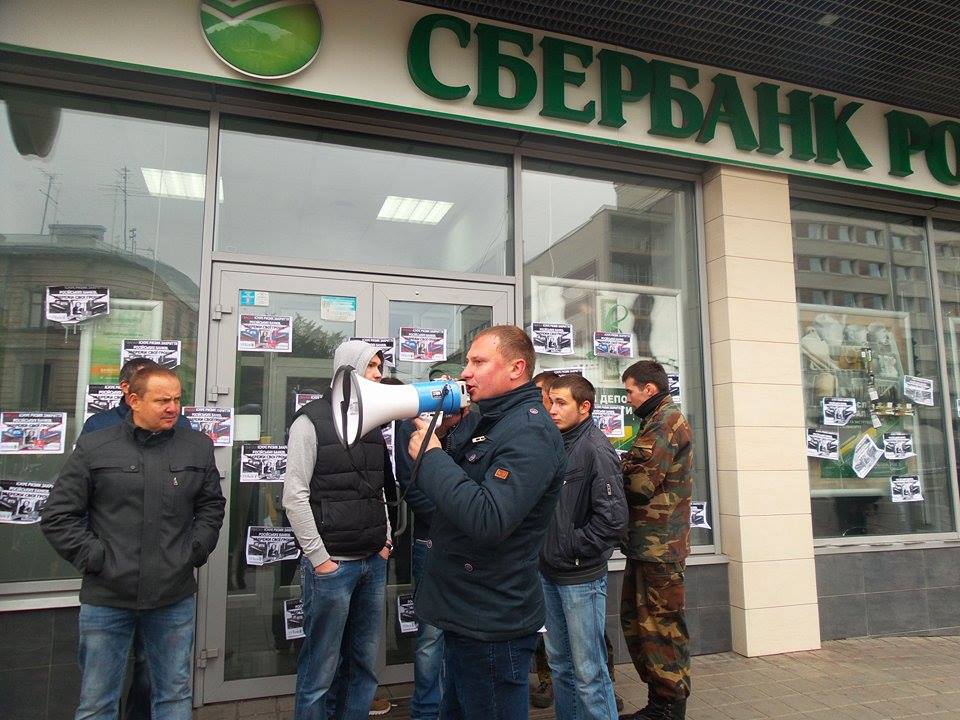 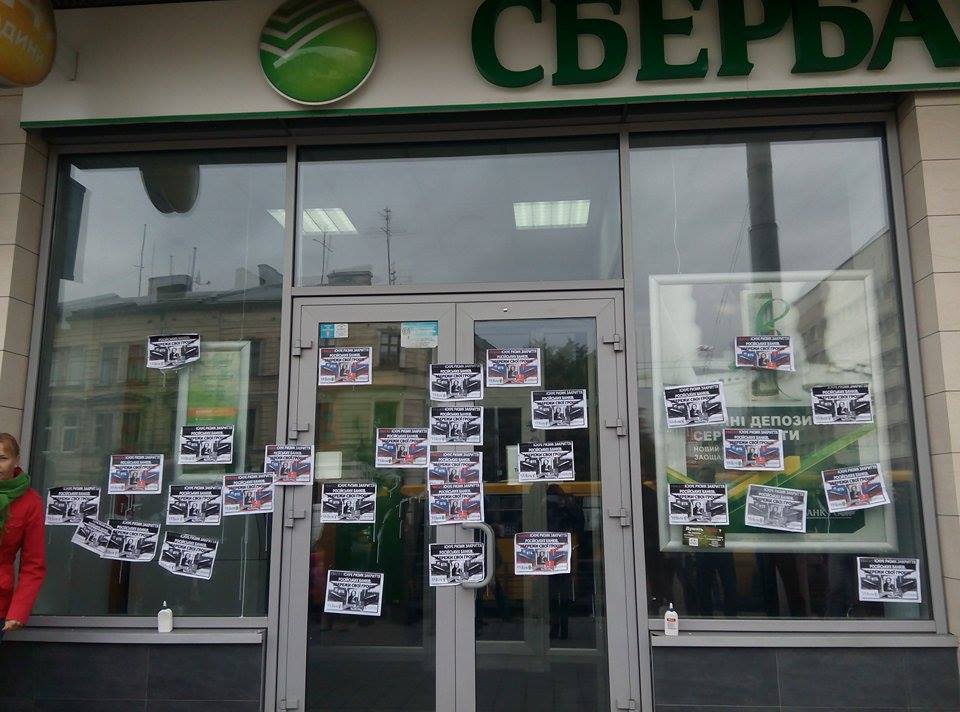 As you know, "Sberbank of Russia" - the largest Bank of the Russian Federation. Its assets make up a quarter of the country's banking system and the share of Bank capital is 30%. April 17, 2014 the Prosecutor General of Ukraine reported that the criminal proceedings are opened in respect of that financial institution on suspicion financing shares in the East and South of Ukraine. Also in the press center of the State Security Service stated that "Sberbank of Russia" in March—April 2014 cashed 45 million UAH for financing terrorists.

Not long ago, concerned citizens for several times took part in protest against the activities of financial institutions of Russia.