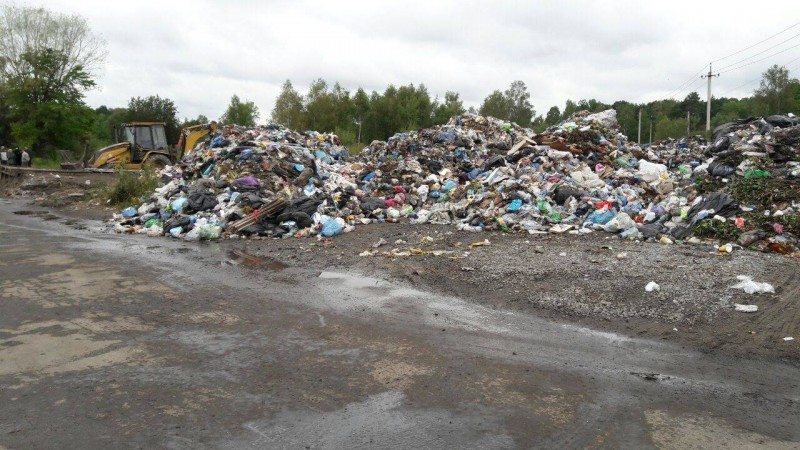 Instagram
Today, August 11, on the str. Danyla Apostola (near The Interregional Registration and Examination Department), the activists of the NGO "Community Development" along with VPV "Patriot" and USU ATO, Lviv regional Union of social protection of ATO soldiers and families of the victims, found a station overload of garbage without any documents and permits.

Activists reported that this garbage station has been operating for more than one day, despite the failure of the legislation, in particular environmental. A daily overload of a large amount of debris. This happens just on the ground. That all are the toxins that are secreted from the debris, fall to the ground.

The activist also stressed that the identity of none of those present did not attach, they call themselves representatives of the company "ABE". According to these workers, the garbage is loaded onto the vans and went to the Dnieper. They report that they tried to receive permits, but didn't get them, after that they voluntarily began to pursue their activities.

Activists of the NGO "Community Development" will monitor the situation on the street Danylo Apostola and illuminate the course of events.