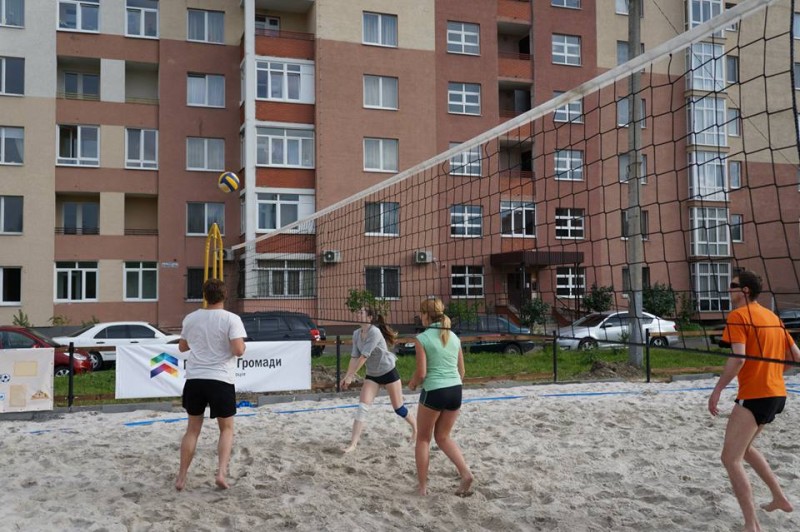 Instagram
A few weeks ago,the street Pancha appeared in the notorious history. Pseudodeveloper without any documents decided to build a house instead of the existing Playground. Local residents were outraged by this turn of events and they appealed to various authorities,including the NGO "Community Development"(“Rozvytok Hromady”).

Illegal construction has been halted. This case has attracted public attention. Confused by the fact that the stadium for people who so bravely fought is in poor condition and requires major work. So there was the idea to build a few sites of European level for different sports. The first stone laid in the foundation of the future "offspring" became a volleyball court.

The joint efforts of local residents and activists of the NGO "Community Development" helped to arrange the field pretty quickly. To promote this sports facility has decided to hold a competition among NGO’sb and several local teams.
Gathered eight teams, which were divided into two groups. Started this sports festival on Thursday, July 9. The fierce battle lasted for three days. On Saturday was played a final and determined the winners. All participants were awarded with certificates. 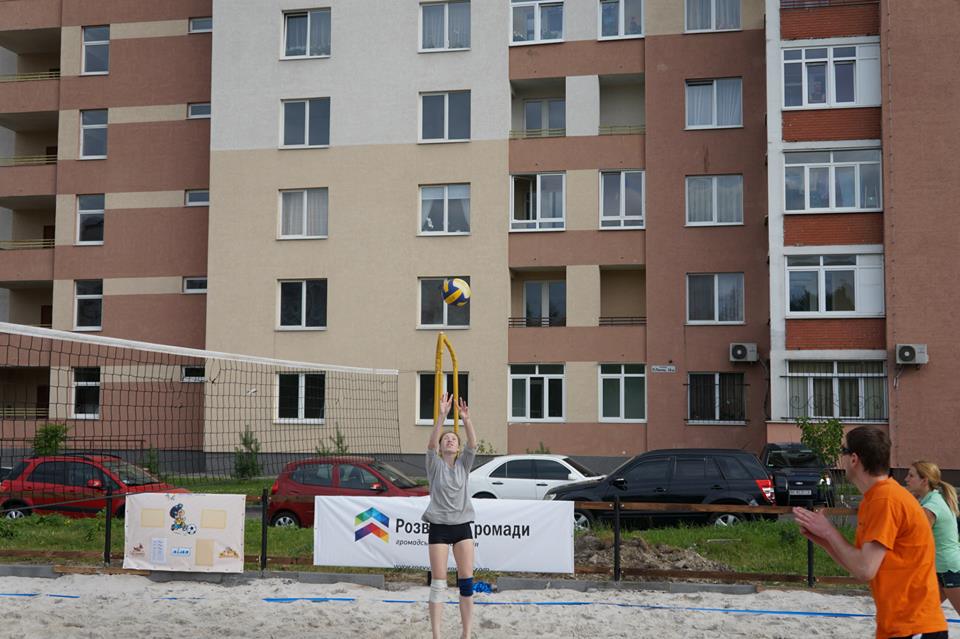 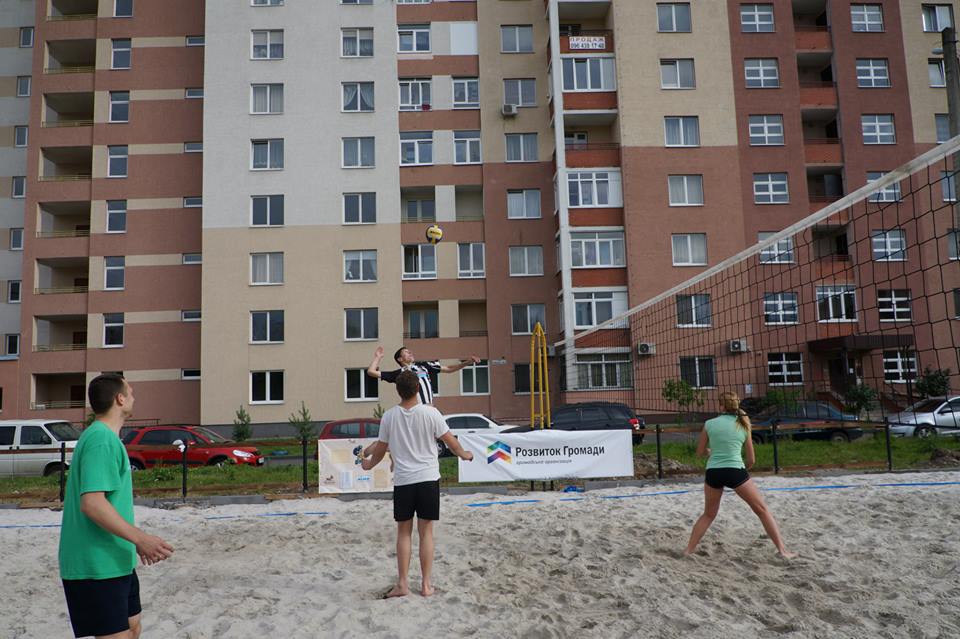 As recognized by the participants: "Stepping on the court, you forget about all problems and plunge into the game,so the sport gives the opportunity to relax not only physically but most importantly psychologically at such a stressful time".


We hope, that these sports facilities will bring much positive emotions and will help to foster a sporting nation.

Andriy Drobit, an activist of the NGO "Community Development"