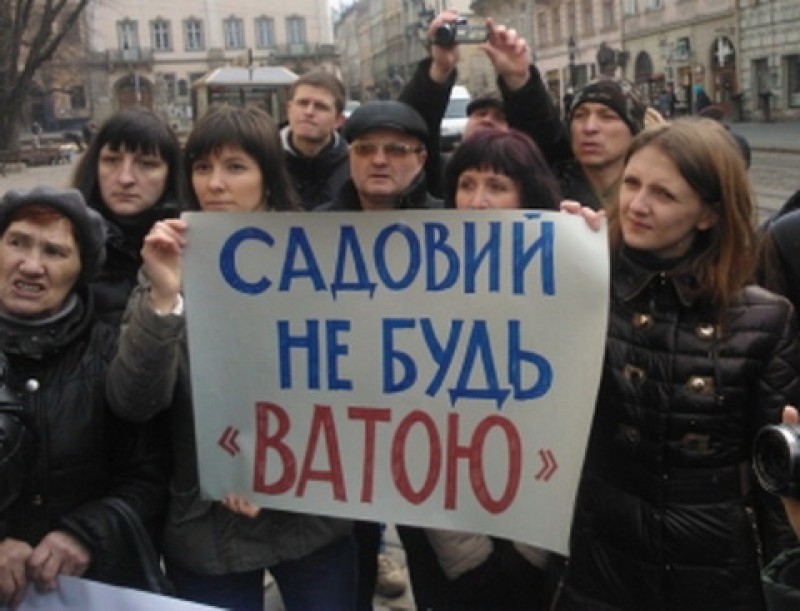 Instagram
In times of Yanukovych, the business of political opponents was used to be taken away, but in times of Sadovyi, there is no opportunity for people whose views are different to work legally.

If someone thinks that the controversy of the NGO "Community Development" with the city council is one-sided, and city council nothing does except information rivals, this is the story about how after the public "attack" on Andriy Sadovyi you can be illegal in doing business in Lviv.

The representatives of the NGO "Community Development", except that there are public activists, do their own business. Some of them are owners of kiosks, the existence of which depends on the city council. Precisely during the activity of the NGO "Community Development" regarding the establishment of illicit pressing line in Ryasne and disclosure of corruption schemes of municipal funds laundering in terms of rubbish, at the plenary session on the 2nd of March 2017 there was considered the issue "On the extension of business in temporary facilities in Lviv". During the session due to the profile committee's proposal the deputies agreed without selectivity to extend the right to enable functioning of all 1700 street furniture pieces by the end of 2017,
and on the condition of absence of comments to the appearance, performance and documentation - automatically by 2020.

The representatives of the NGO "Community Development", which do their own business in Lviv, working legally with all permissions and approvals, didn't hope that officials of the Lviv City Council prepare the reprisal. Some kiosks of activists and entrepreneurs were directly excluded from the voting list during the plenary session, as they have complaints of residents. Deputies decided to remove kiosks which have a comment from an appendix of the decree, created a working group which is to learn each entrepreneur's situation and if the information won't be confirmed, the term of the permission of doing business will be extended.

On the 27th of April,  at the plenary session, a working group which examined all kiosks and didn't find any infractions, headed by the Secretary of the council - Anatoliy Zabarylo, introduced to the deputies an addition to the list of kiosk holders but the representatives of the NGO "Community Development" were not included to this addition.

Activists are sounding the alarm, directing appropriate treatments to all structures of the city council. The permanent deputies commission considers about including activists-entrepreneurs to a kiosk holder's list and gives a positive conclusion for the working group. The Secretary of the council suddenly gets an "amnesia" and signs the response that such a working group didn't even exist. The Head of the Legal Department made up two sheets of his observations which make the legalization of activists-entrepreneurs business impossible.

Despite the resistance of the officials of the City Council to finish the project of the decree with the addition to the list of kiosk holders the representatives of the NGO "Community Development" on the 8th of June, activists are ready to defend their right to do business legally. However, in this situation, Andriy Sadovyi, who considers the NGO "Community Development" as a personal enemy and accuse activists in their mismanagement, has a veto power, the using of which will declare the war to the publicity and Lviv citizens with another views.

This pressure on a small business is limited to the level of local government and protection of it can be found in the police and senior government authorities.

Such things need to be public announced, to get the support of deputies and the community and not allow city officials to solve their personal problems being in government offices.