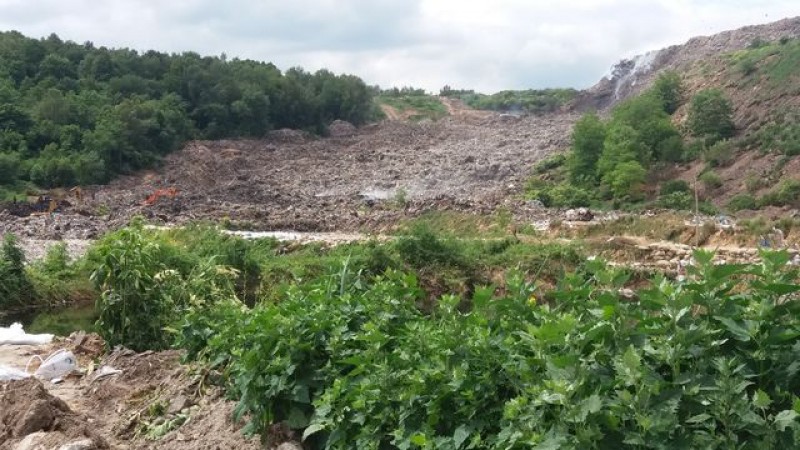 Instagram
LCE “Zbyranka” should be liquidated according to the court decision, but the city council does not want to fulfill this decision, by calling it absurd.
According to the Lviv City Council, on the 30th of January, 2017, the Lviv Appeal Administrative Court made a decision, the resultive part of which has two aspects. The first part requires the mayor of Lviv to contact with the appropriate application “to the relevant authorities to allocate the area for the organization of a new landfill”. However, the City Council didn't find a way to implement this decision, she decided to address to the Lviv Appeal Administrative Court with a request for clarification, to whom we can appeal on the land allocation.

The conviction of the Head of Legal Department of the City Council that LCE “Zbyranka” was never engaged in the removal of solid waste is not entirely true, because LCE “Sbyranka” has an experience in its removal from the city, but the executive committee delegated these functions to the LCE “Lvivspetskomuntrans” with the decision № 800 since 02/09/2011. This solution determined that the LCE “Lvivspetskomuntrans” is the assignee of rights and obligations of the LCE “Zbyranka” in the part of concluded contracts for the removal of solid waste.

However, the regional prosecutor's office said that on the 30th of March 2017 Lviv District Administrative Court granted the petition of the ecological inspection to ban the LCE “Zbyranka” to carry pollutant emissions into the atmosphere, which are located in the landfill in Velyki Hrybovychi, Zhovkva district, Lviv region.

It is clear that this is not recent court decisions which regard to the activities of the LCE “Zbyranka”. Thus, the City Council has to create a LCE which takes care of the landfill in Velyki Hrybovychi or in a competitive way to transmit it to the balance of private structure that will deal with reclamation and dykes strengthening on the preserved landfill.