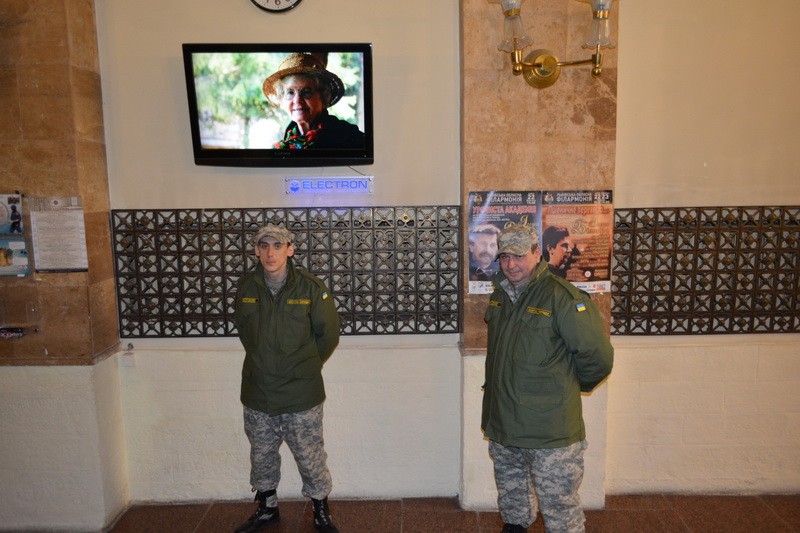 Instagram
Representatives of SF (Social Formation) "Community Development" (“Rozvytok Hromady”) gave some advices to the citizens of Lviv, how to protect themselves from fake social workers.

Members of social formation are constantly patrolling the streets in the Central part of the city. During last week the representatives of SF "Community Development" ensure public order and did not allow the implementation of not certified food trade in the territory adjoining to the market "Dobrobut".

Members of social formation has also solved the conflict that occurred between a drunken visitor of the bar "Teatr Pyva" and the security. As a guest violate public order and did not respond to the comments of the security, physical force had been applied. As a result of the adjustment of the conflict by employees of the Police was called the emergency medical service car, which took the man to a hospital.

To the participants of the social formation "Community Development" often turn city residents and report about crimes and about suspicious persons. So, thanks to the residents, who have provided accurate information to members of social formation, was unmasked and taken to the premises of the Galytskyi Police Station unscrupulous volunteer who stole money.

Despite the increase of unpleasant incidents between residents of houses and social workers, representatives of SF urge citizens to be careful and not to let strangers to their homes.

Here are some tips from members of social formation "Community Development", how to avoid becoming a victim of frauds, who are saying that they are social workers:

1. Be careful, do not let strangers into the house.
2. Do not be distracted in idle talk, in fact, captured your attention, at this time, they can devastate your home.
3. Require the provision of social identity of the employee and be sure to check the data in the personnel Department organization by making a phone call.
4. Do not open doors to strangers.
5. Keep in a conspicuous place telephone numbers of public services, pension Fund, and social protection services.

In case you have received from "social workers" suspicious suggestions, report, immediately, the police on the number "102" or the hotline of SF "Community Development":