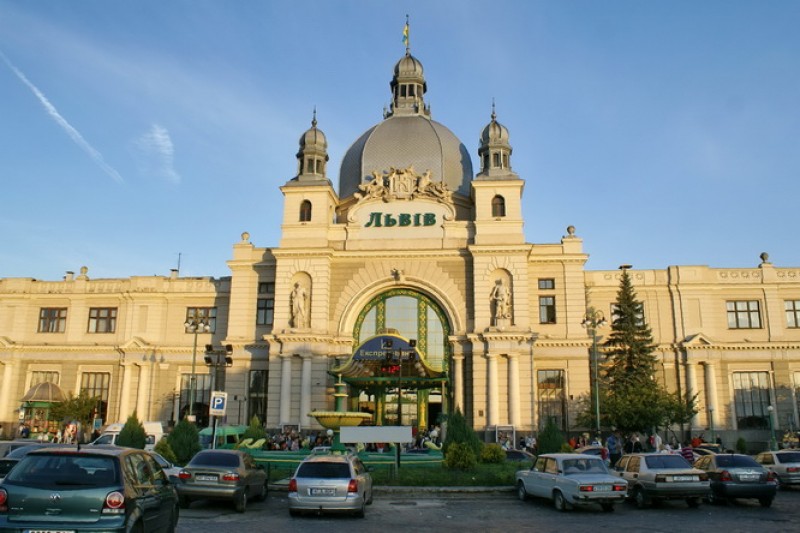 Instagram
Hot July –is the best time for vacations. Many Ukrainians to travel choose railways. Accordingly, a large crowd of people at railway stations especially attracts petty thieves, swindlers and beggars. About the maintenance of order at the main railway station of Lviv care activists of NGO "Community Development"(“Rozvytok Hromady”).

While patrolling at Lviv railway station the members of social formation repeatedly arrested together with police offenders and prevent crimes. Recall that for these services the participants of the formation were awarded with gratitude from the leadership of linear Department at the station in Lviv Department of the MIA of Ukraine of Lviv railway. Among the latter cases, the police officers had to detain the man, who refused to pay for services rendered at cafe “Express”.

Also at the station you can often find people that are suspicious. Repeatedly during their detention, the police found out that they are citizens of other countries who have violated the tenure in our state.

"In connection with the recent terrorist attacks in our city, we have stepped up patrols in Lviv, and in particular at the railway stations, as it is not only a large crowd of people, but also an object that can be called "gateway" to our city. It is possible that people who have committed crimes and are wanted by the police, or other suspicious persons can use trains. Therefore, we actively assist the police in patrolling," says the head of the SF "Community Development" Anatoliy Pitsan.


It is worth noting that the activists of the Social formation together with employees of the Galytskyi district of police are patrolling the Central part of the city and carry out activities to ensure public order.