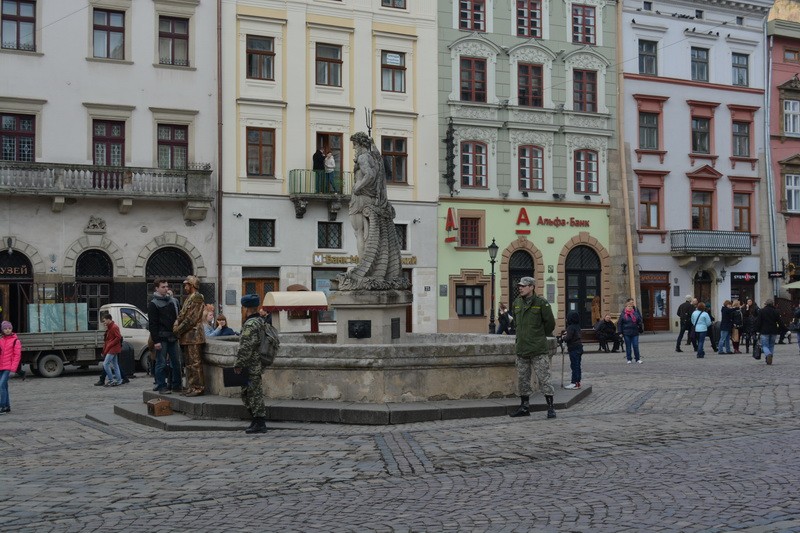 Instagram
The participants of formation "Community Development" are increasingly confronted with cases of pick-pocketing. The SF representatives, analyzing the information told to them by the victims, decided to tell us how to avoid becoming a victim of a pocket thief.

Patrolling Lviv by members of a social formation occurs daily. Every day the order is provided by 50 members of the formation.

During the week, representatives of the global Fund have implemented measures to ensure public order and prevention of spontaneous trade food products in the territory adjacent to the Galytskyi market. Also, the participants of the formation as a part of operation "homeless" found and brought to Galytskyi district previously convicted homeless person.

Representatives of the global Fund have implemented measures to ensure public order during demonstrations demanding to cancel the decision of the city COUNCIL No. 115 from 10.03.2015 year. During the picket has not been a single case of violation of public order.

This week the representatives of SF "Community Development" received a call at the Galytskyi market, where was stolen a mobile phone of a man.

"Cases of thefts of phones has become much more. You should be careful not to put the mobile phone in your pocket that are not closed, or in bags, which can easily be opened by robbers", - said the member of social formation.

The representatives of SF "Community Development", in view of the increasing number of cases of theft of mobile phones, has decided to give some advice to citizens on how to avoid becoming victims of robbers.

The most common places of "fishing" pocket thieves are places with large concentrations of people and urban transport. The place of Commission of crime varies depending on the time of year, however abduction scenarios remain unchanged. Also remember that pickpockets operate either alone or in groups of 2-3 people. If a theft happens in transport, the victims usually choose another stop.

5 tips on how to protect yourself from burglars:

1. To prepare the money for the public transport in advance, but not at the bus stop or in public transport.
2. You should especially watch out for your belongings in crowded places.
3. The bag should be kept firmly pressed to your hands.
4. Not to let the bag out of your sight.
5. Do not carry a mobile phone in the pockets of coats.

Stick to these rules and you will protect your belongings from thieves and robbers.