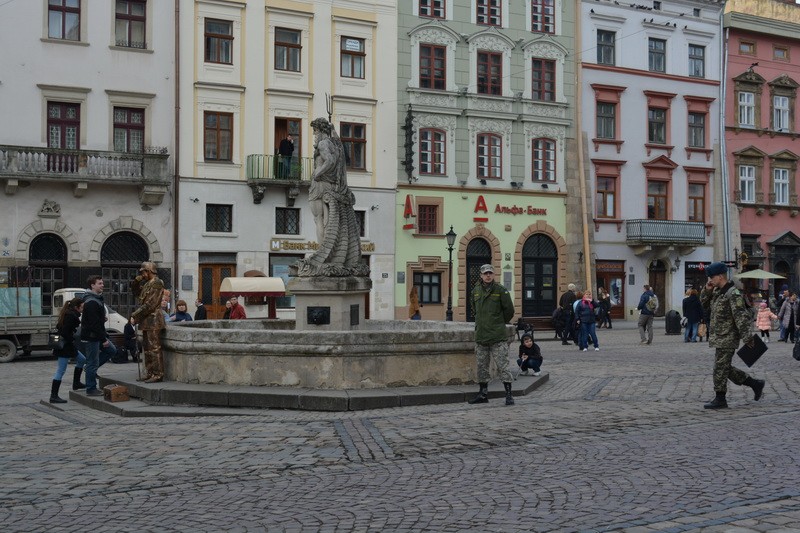 Instagram
In the last few weeks more often were occurred theft of mobile phones. In order to avoid such troubles, it is important not only to keep track of your things, but to be able to recognize the robbers in the crowd. How to expose the attacker told the participants of the SF "Community Development".

In the past week, the participants of SF carried out a patrol routes in the Central part of the city. Due to their work was ensured public order and stopped not certified sale of food near the market "Dobrobut". Members of the social formation helped to resolve the conflict between the inhabitants of the neighboring apartments on the street Staroevreiska.

Representatives of public formation last week once again faced with a case of phone theft. The crime scene was the square near the monument to Taras Shevchenko on Liberty Avenue (“Prospekt Svobody”). The participants of SF arrested the robber and took him to Galytskiy police station.

Representatives of social formation care about the safety of citizens and visitors of the city. Therefore, participants of SF gave some advices on how to recognize a thief in a crowded place:

1. The attacker usually has shifty eyes.
2. In the hands the thief definitely keeps the bag or package, hiding the "working" hand.
3. Sometimes, to get closer to the "victim" intruder offers assistance - supports the arm at the entrance or exit of public transport; in close aisle store - hold the door as if to let you pass ahead.
4. Usually work in pairs and create a "faux" crowding in public transport and at the next stop leave together.
5. Pretend to be drunk and casually fall to passengers in public transport, sitting and holding on his knees a bag or package.

In any public place you need to be vigilant and to look after your property. If you were not managed to escape from thief, then it is necessary as soon as possible to contact the police.