Instagram
For funds raised by the Charitable Foundation "Community Development" were repaired cars that will go to the East of Ukraine.

In this difficult time, each of us can remain aloof from the events occurring on the territory of our homeland. Today there is an acute problem of preserving the territorial integrity and independence of our State. However, an even greater challenge is to support our heroes, the defenders of our Homeland who are courageously defending their position and protecting the country, require a lot of assistance of every Ukrainian. Thus, such assistance should not only be material, and, of course, spiritual.

The need for the military, due to circumstances of time, became one of the main objectives of the Charitable Foundation "Community Development". 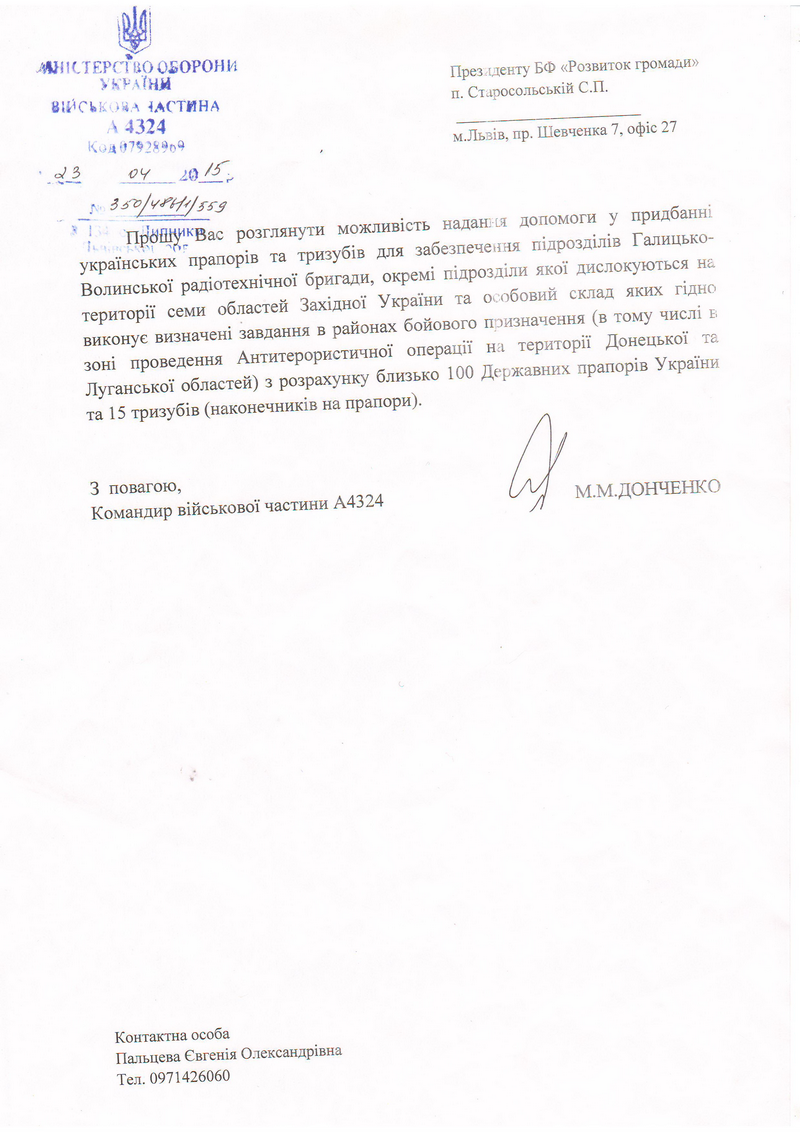 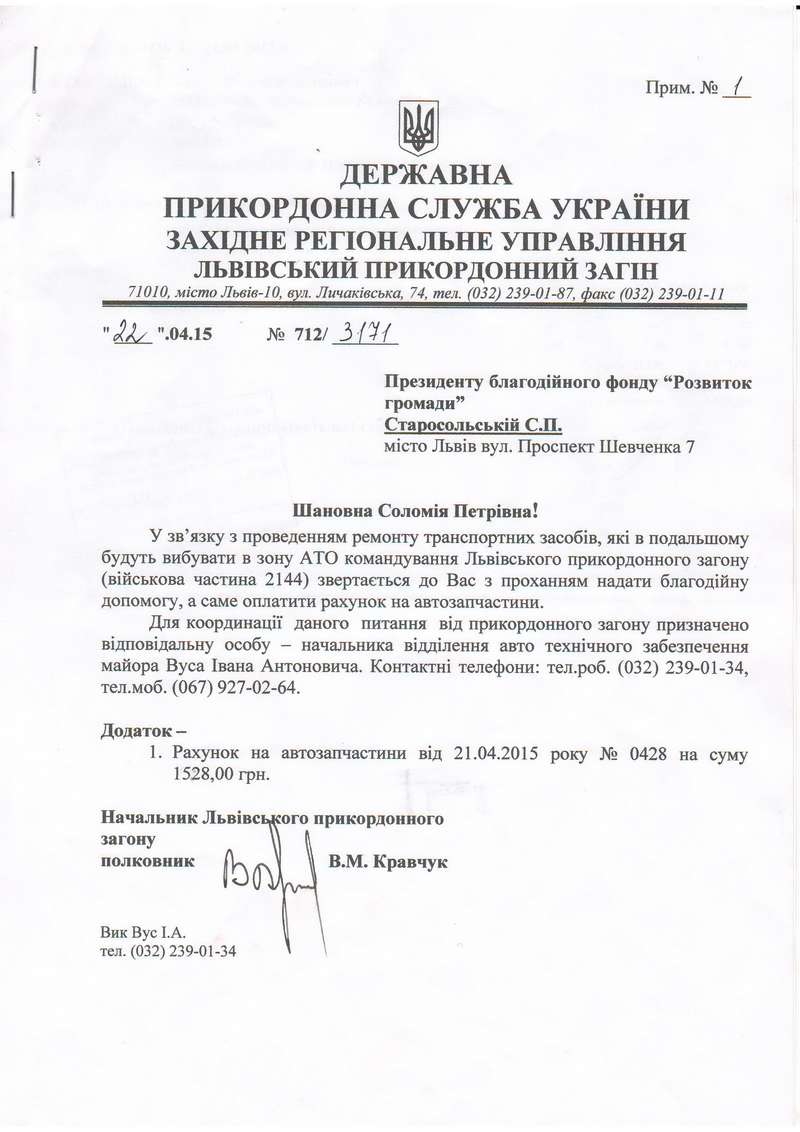 That is why, having received a petition from the head of the Lviv border detachment No. 712/3171 from 22.04.2015 for the purpose of providing charitable assistance to the militaries of the Lviv border guard detachment (military unit 2144) to make payment on auto parts in the amount of 1528.00 UAH by Charitable Foundation "Community Development" in collaboration with the team of the NGO "Community Development" was decided on the need for an immediate response and support of the military.

Was held a campaign "Day of remembrance and reconciliation" 08.05.2015, during which citizens and visitors of the city were handing out the flowers of the poppy as a symbol of remembrance of the victims of all military and civil armed conflicts. 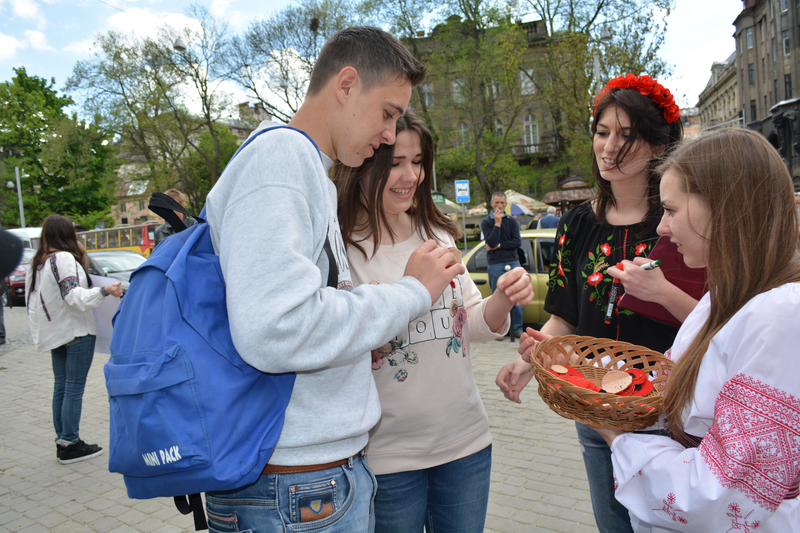 As a result of the project, the amount of funds, which significantly exceeded the expected result – is 2221.00 UAH. Considering the above, the balance of 693 UAH we decided to use on another charitable cause – the maintenance of the spirit of military personnel – purchase of flags that unquestionably is a symbols of unity of the nation, the maintenance of the national spirit. Our team expects that these flags will always be a talisman to our Heroes, giving strength and inspiration in the struggle against the invader. 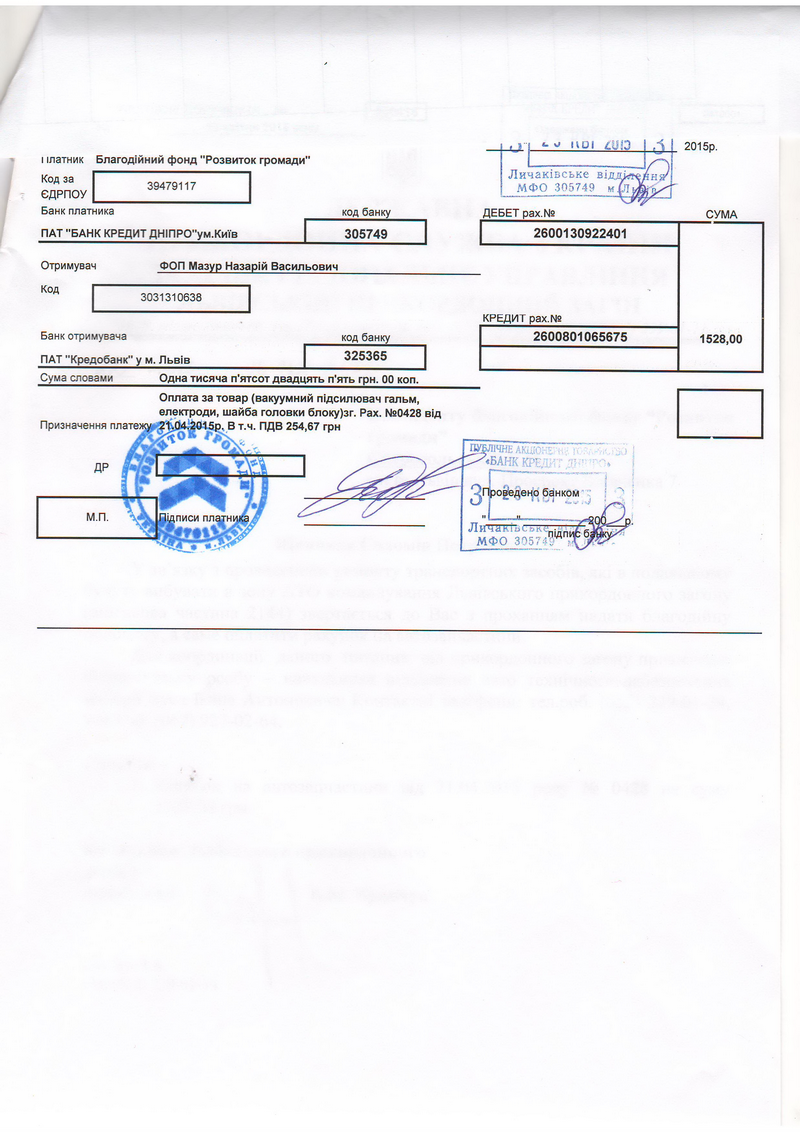 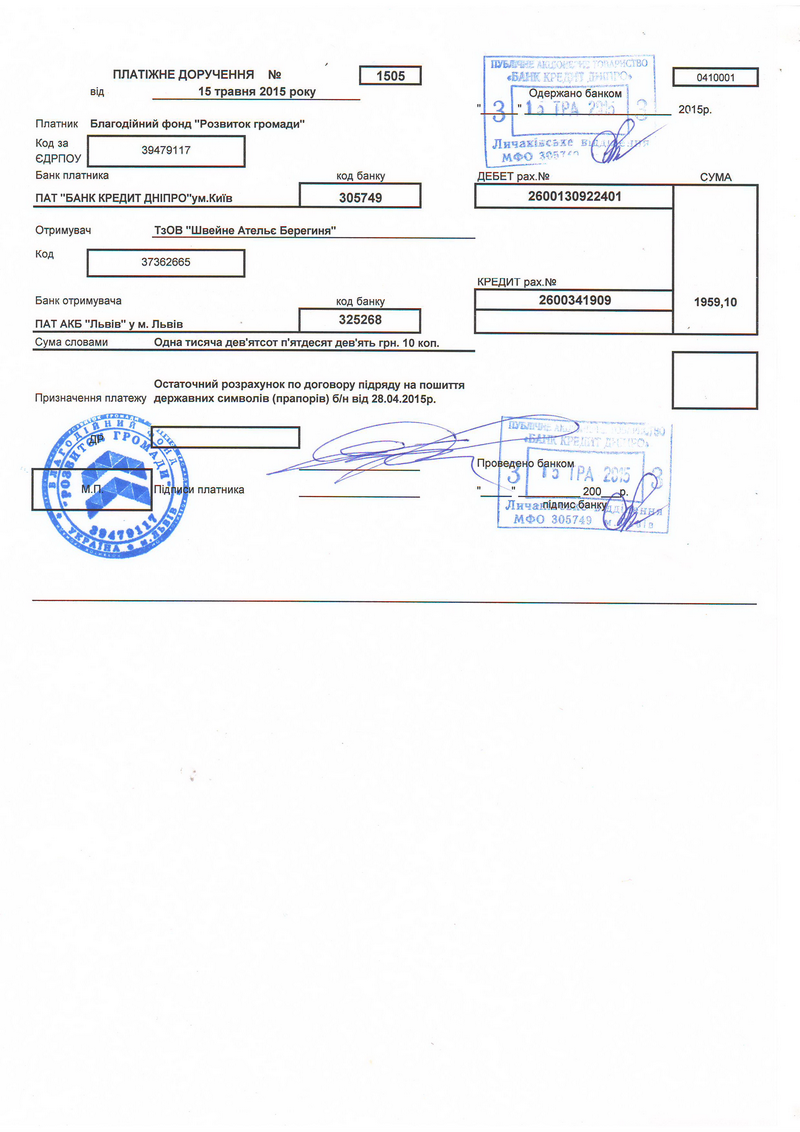 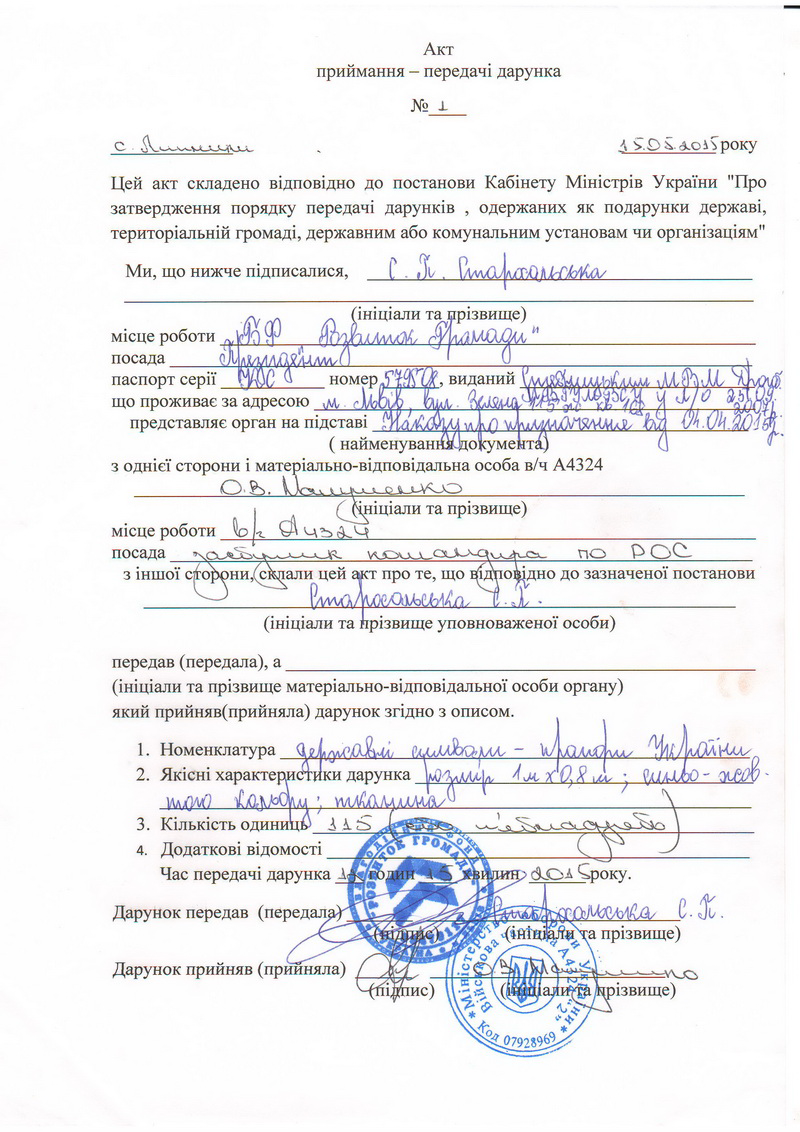 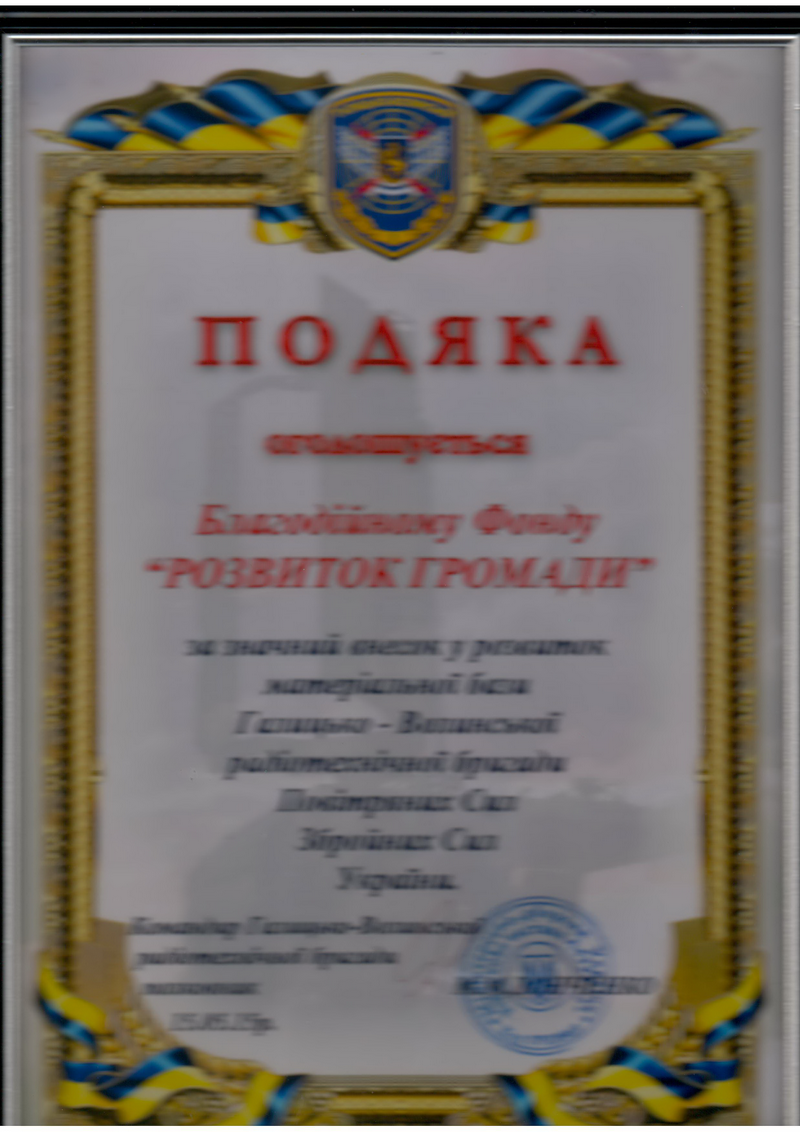 In unity lies strength! We are proud of being so strong nation! We are proud that we are Ukrainians!
Glory To Ukraine! Glory To The Heroes!