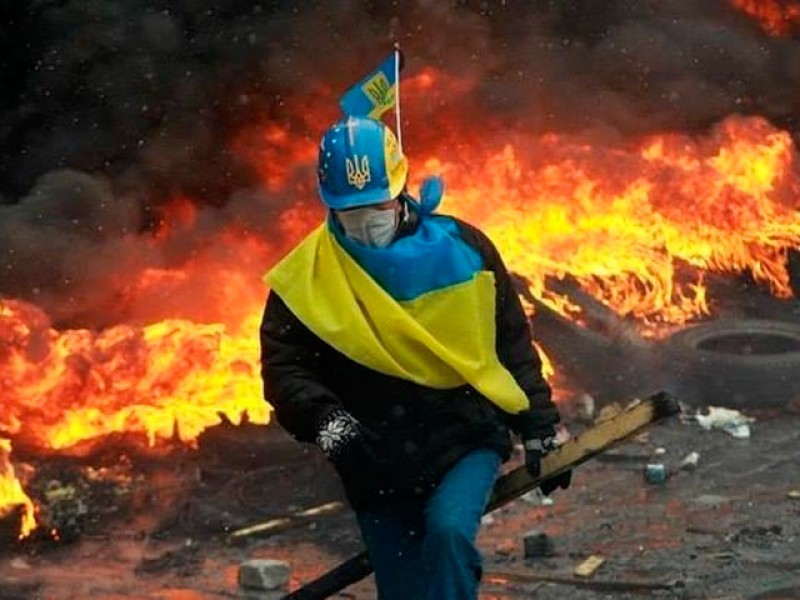 Instagram
The revolution of Dignity... This term has become an integral part in the history of the building of the Ukrainian statehood. The event shook the country with the unprecedented wave of patriotism. It was after the winter event of 2014 the majority of Ukrainians understand the importance of upholding and understanding of the essence of the national idea, felt proud of being the Ukrainian, felt the power of their nation.

But what price gave people's struggle for freedom and prosperity? In addition to the Heavenly Hundred Heroes, in whose honor "for the purpose of perpetuating the great human, civil and national prowess and dedication, fortitude and resilience of citizens, through which changed the course of history of our country, worthy of honoring the heroism of the Heroes of the Heavenly Hundred who gave their lives during the revolution of dignity (November 2013 - February 2014), protecting the ideals of democracy, defending rights and freedoms, the European future of Ukraine", decree of the President of Ukraine P. Poroshenko on February 11, 2015 was set the Day of Heavenly Hundred Heroes, there are many of our compatriots, giving all their strength and courage, defended us on the Maidan, and today need our support and assistance.

The team of the Charitable Foundation “Community Development” and NGO "Community Development" (“Rozvytok Hromady”), taking into account the sincere Patriotic sentiment of every member, actively supports our compatriots who despite over a rather long period, today, need rehabilitation and recovery of health status after the bloody events on the Maidan.

One of such desperate fighters who turned to us for support, has become Pekush Yuriy Yurievych. Participant of the Revolution of Dignity, wounded on February 20, 2014. He underwent 9 operations, today he needed urgent assistance in securing the rehabilitation of the state of his health.

That's why we make effort to unite all citizens in the solution of this issue. We managed to collect the required amount of money to ensure recovery of the state of health of the victim. Within 12 days Pekush Yuriy Yurievych received qualified support from one of the most famous resorts of Truskavets "Shahtar".

We hope that our contribution and work – worthy results that we got today.
Thank you, to all concerned citizens who wholeheartedly support our initiatives.
And remember, a good heart means more than all the titles.


The Chairman of the Charitable Foundation "Community Development",
Solomiya Starosolska.