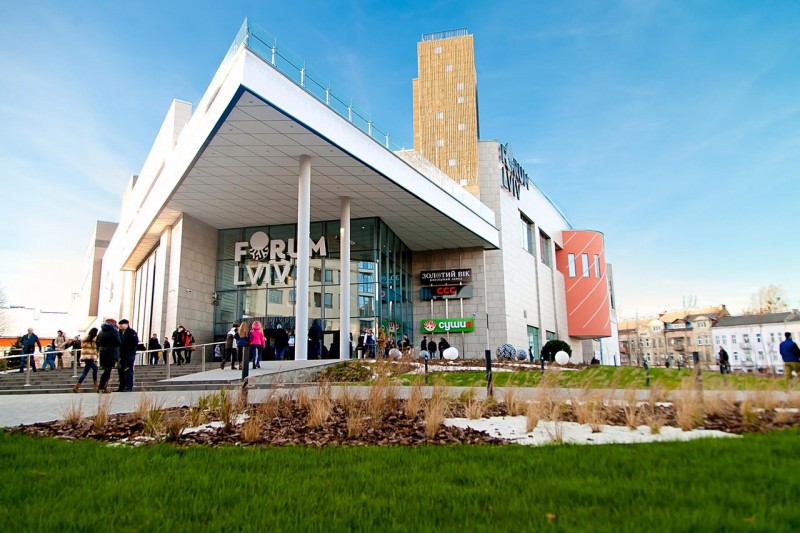 Instagram
In September 2015 to the address: Lviv, str. Pid Dubom, 7b was held a successful opening of the shopping center "Forum Lviv". This is the largest in recent years, the investment project in our city. The total cost of the construction project is approximately 92 million Euros. It is clear that such a Grand building urban community would have to get more profit. However, this did not happen. The lawyers of the NGO "Community Development" held a public inquiry regarding the improper release of the customer of construction of the shopping center "Forum Lviv" from paying the investment fee. 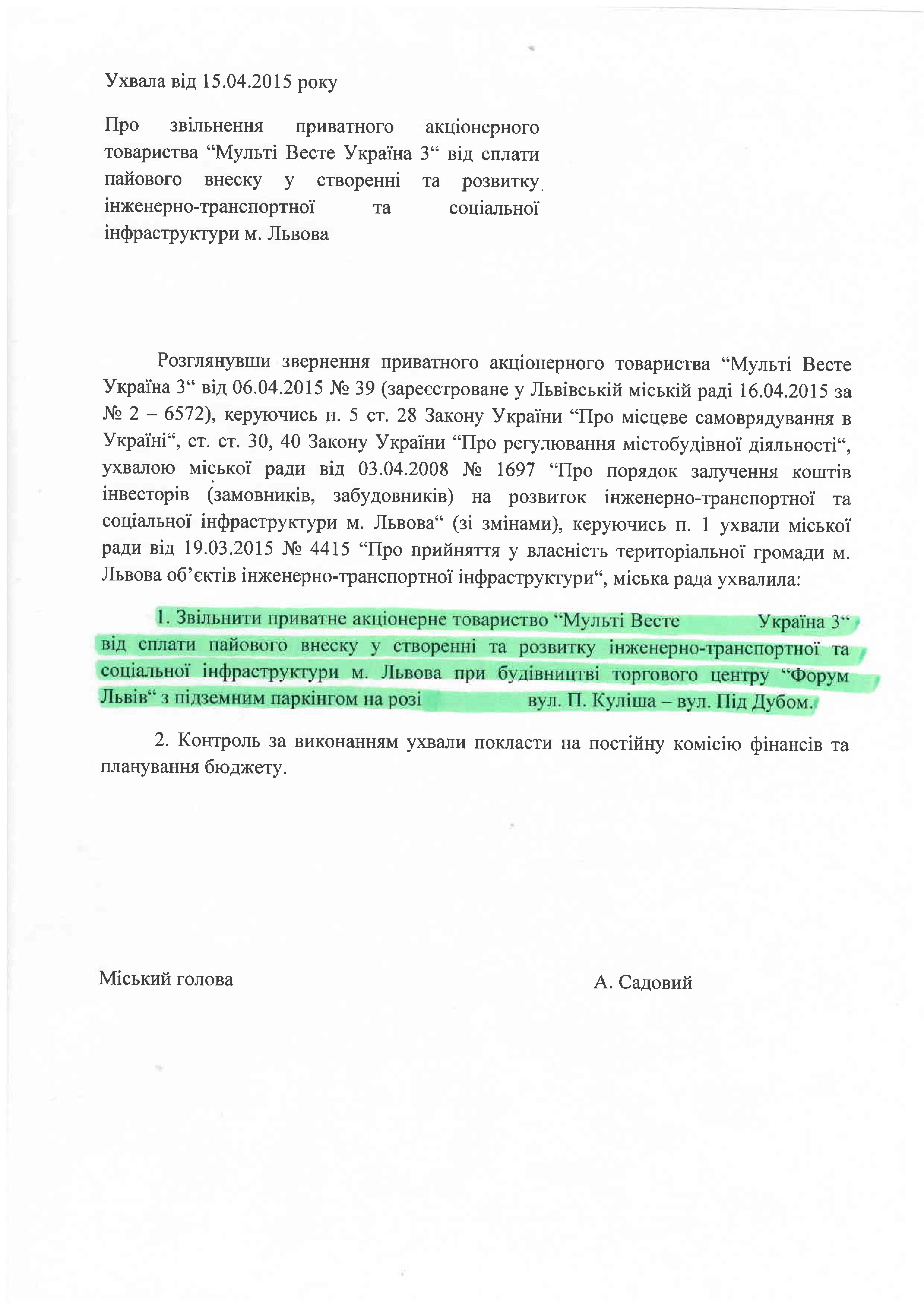 BRIEFLY:
On 03.04.2008 Lviv city authorities voted resolution No. 1697 "On the order of investors (customers, developers) on the development of engineering-transport and social infrastructure of the city". However, we find this decision points that contradict the current legislation of Ukraine: "3.8. The City Council's separate determination, given the contribution of legal entities and/or individuals in the socio-economic development in the city Lviv, for presentation and justification of the Department of economic policy and in consultation with the permanent Commission of Finance and budget planning and the permanent Commission of architecture, urban planning and historic environment fully or partially exempt the investor from paying the investment contribution".

In the order prescribed a formula that calculated the amount of the investment contribution. The method of simple mathematical calculations we can conclude that the construction of a shopping center worth 92 million Euros in the city budget should be around 9.5 million Euros!

What the Lviv City Council should do in accordance with the planning legislation and its definition? Negotiate the most beneficial to the public and within the framework of current legislation, the contract with the developer-investor investment fee. But on 23 April 2015 session of the Lviv City Council... liberated the company of the customer "Multi Veste Ukraina 3" from the payment of a contribution in the creation and development of engineering-transport and social infrastructure! Session of the Lviv City Council adopted the community property from the same company external water and sewer lines, sidewalks, facilities lighting, part of the road and bike paths with a total cost of just over 16 million Hryvnias! That is the entire investment payment of facility cost- 92 million Euros. But what about an investment agreement? It exists and it is accomplished, assures in the City Council.

LEGAL ASPECTS OF THE CASE:
Lawyers of the NGO "Community Development" submitted several information requests to the relevant authorities, the answers to which confirmed the situation described above. A statement on criminal offense is on pending in the Investigation Department of the Main Directorate of the National Police in the Lviv region.

THE RESULT:
Social control will always be in the way of shadow schemes of the Lviv City Council. We will prove the fact that the City Council wrongfully and selfishly frees one at a time makes it impossible to develop the business, through the administrative burden of others.