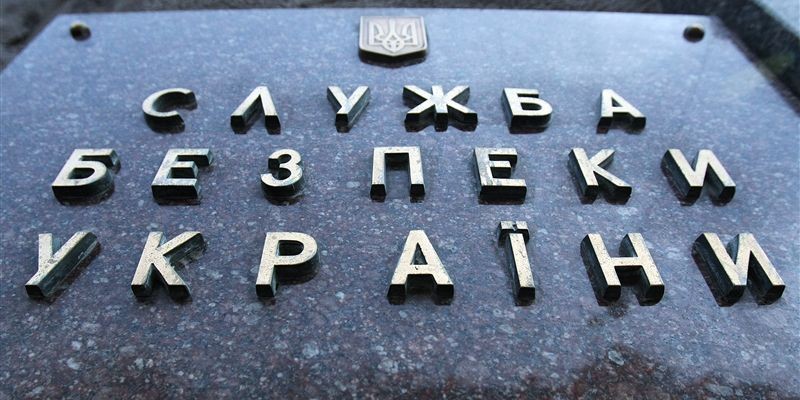 Instagram
On 8 August, the Security Service of Ukraine announced that it has warned the triple attack on the Lviv railroad.

THE CRUX OF THE MATTER:
The lawyers of the NGO "Community Development" held a public inquiry into the controversial situation that has developed around the arrest of the three employees of the SBU fighters of the volunteer battalion "OUN" and the last message on suspicion of preparing a terrorist act.

BRIEFLY:
On 7 August, during a special operation field investigators of SSU found and arrested five members of a terrorist organization, which tried to simultaneously blow up railway tracks in three different directions from the regional center.

One of the terrorists was arrested while laying explosives on a bridge near the village of Dubliany of Lviv region. He tried to resist, began to shoot, injuring one of the employees of the SSU. Police fire response wounded and detained the malefactor.

The next day, representatives of the volunteer battalion "OUN" held a picket under the Management of the SSU in the Lviv region in protest against the detention of their three fighters, who are accused in preparation of acts of terrorism on the railway. Public movement "OUN" stated that the charges against them trumped up fighters that regarded these charges as "revenge" and "government pressure on the volunteerism" and called it "the execution of the orders of the Kreml."

LEGAL ASPECTS OF THE CASE:
On August 9, during a briefing the head of Department of SSU in the Lviv area Victor Andreychuk said that the Security Service of Ukraine reported on suspicion of preparing a terrorist attack of four citizens detained earlier in the Lviv region.

According to the SSU, during searches of the detainees, the staff of intelligence service withdrew the impressive equipment (a large number of firearms, about two dozen fragmentation hand grenades of Russian manufacture used by the Russian army, very powerful explosives and components for its production). In particular, the RPG-7 and RPG-26, grenades RGO, f-1, RGD-5, five kilograms of explosives brand IX 25 and 600 grams of TNT, three electric detonators, three pistols and a large quantity of cartridges of various caliber.

We want to draw attention of the public on found and seized from detained fighters of OUN powder of RDX, is a powerful brisant explosive (far superior to the TNT) with fatal effect of defeat for the man. High explosive RDX options make it easy to break lead standard column. Getting a RDX in handicraft conditions is difficult, therefore, illegal distribution of RDX associated with the secret operations of state structures of the industrialized Nations, and the activities of various criminal circles.

Interestingly, since the 1990's, the RDX was a component of bombs used in the bombings of apartment buildings in Russia – proved case of a crime by the Russian secret services against the people.

Recall that the bombings of apartment buildings in Russia – was a series of terrorist acts in the Russian cities of Buynaksk, Moscow and Volgodonsk , on 4-16 September 1999. As a result of the terrorist attacks 307 people were killed and over 1700 were injured of varying degrees of severity or suffered in one degree or another. According to many observers and analysts, the bombings were organized by the Federal Security Service for the following purposes:

The lawyers of the NGO "Community Development" found out that for four citizens detained earlier in the Lviv region, the court elected a measure of restraint – detention for a period of 60 days.

Detention is the most severe and exceptional measure which is applied after evidence of a crime suspect or accused on the basis of the decision of the investigating judge.

THE RESULT:
Fighters of Security Service of Ukraine in Lviv region learned about the series of terrorist acts that were planned by terrorists. SSU warned of trouble, in time responding to suspicious persons. Four citizens, including soldiers of the volunteer battalion "OUN", detained earlier in the Lviv region, reported on suspicion of preparing a terrorist act at the Lviv railway, and the court elected the measure of restraint – detention for a period of 60 days.

NGO "Community Development" expresses its sincere gratitude to the Head Victor Andreychuk and operational staff of management of SSU in the Lviv tegion for a conscientious and dedicated operation, for the service to the defense of Lviv.

Sure that the employees of the Security Service of Ukraine will always remain a model of dignity and dedication to his people and in the future they will carry out their duties in compliance with the principles of justice and equity, ensuring the territorial integrity and sovereignty of Ukraine!