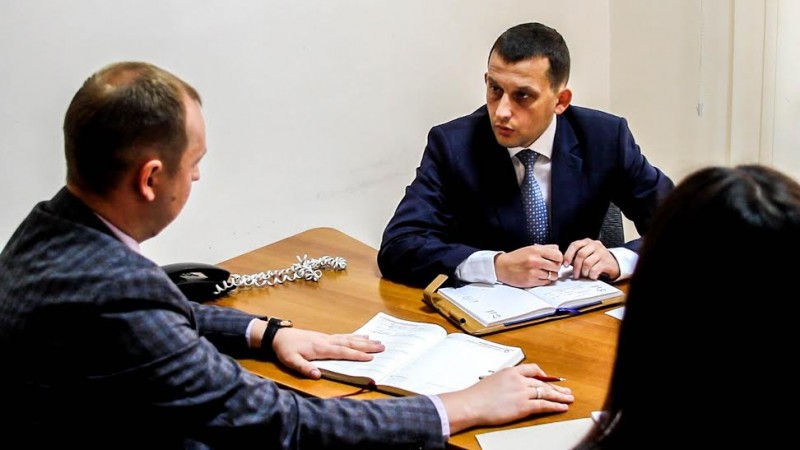 Instagram
As it was previously reported, criminal proceedings on the fact of illegal construction in Lviv, which is down the street Lemkivska, 9A, is being investigated by the Prosecutor's office of Lviv. About the actions of law enforcement during the investigation of this case to the activists of the "Community Development" (“Rozvytok Hromady”) and the assistant Deputy was told by the city attorney.

On the sixth of July took place the regular meeting of the activists of the NGO "Community Development" Oksana Tsikaylo and assistant of MP Yuriy Tatomyr with the Prosecutor of Lviv Andriy Gnativ. Recall that social activists decided to check on how actively are investigating the case regarding the illegal construction work by the developer LLC "OPORA-BKB". First visit to the city attorney regarding this case they made on the first of July. Then the activists found out that the criminal proceedings registered in Shevchenkivskiy regional Department of Law Enforcement Authorities regarding the forgery of documents and unauthorized seizure of land, were United in one, which was left for further investigation to the Prosecutor's office of the city. During the next meeting with Andriy Gnativ activists had been informed of the appointment of a new supervising attorney in the previously mentioned production of a new investigator. In addition, the case has already been transferred to the city Prosecutor's office of the city Department of Law Enforcement Authorities.

On specific actions during the investigation, the city Prosecutor said that during the last week were conducted interrogations of employees of the State architectural and construction inspection and has appointed a check of state building codes. Also, law enforcement agencies went to court with the petition for arrest of illegal incomplete construction on the street Lemkivska, 9A. According to preliminary data, the motion court granted. In addition, the city Prosecutor's office directed inquiries to the Executive service of Lviv on what actions committed in the course of execution of court decisions. At the end of the meeting, the city attorney reported that he will be willing to cooperate with members of the public, because he wants to bring to justice unscrupulous developers.

The next day, the seventh of July, community activists met with the chief of a municipal police Department and an investigator in criminal movable relative to control this case. Therefore, representatives of the community continue “to keep our finger on the pulse” of the case with illegal construction and to take care that the investigation was conducted in the framework of the law.