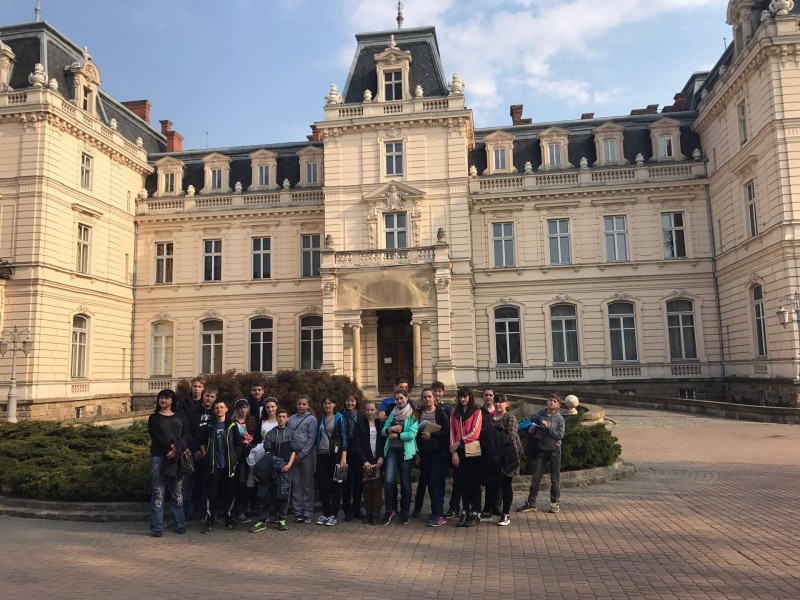 Instagram
For years in the Ukrainian city of Donetsk, rumors are spreading that people from western part of Ukraine are hostile to the residents of the eastern territories. The charity fund “For Future of Ukraine” with the support of the NGO “Community Development”, decided to destroy this myth. Let's see what we got? 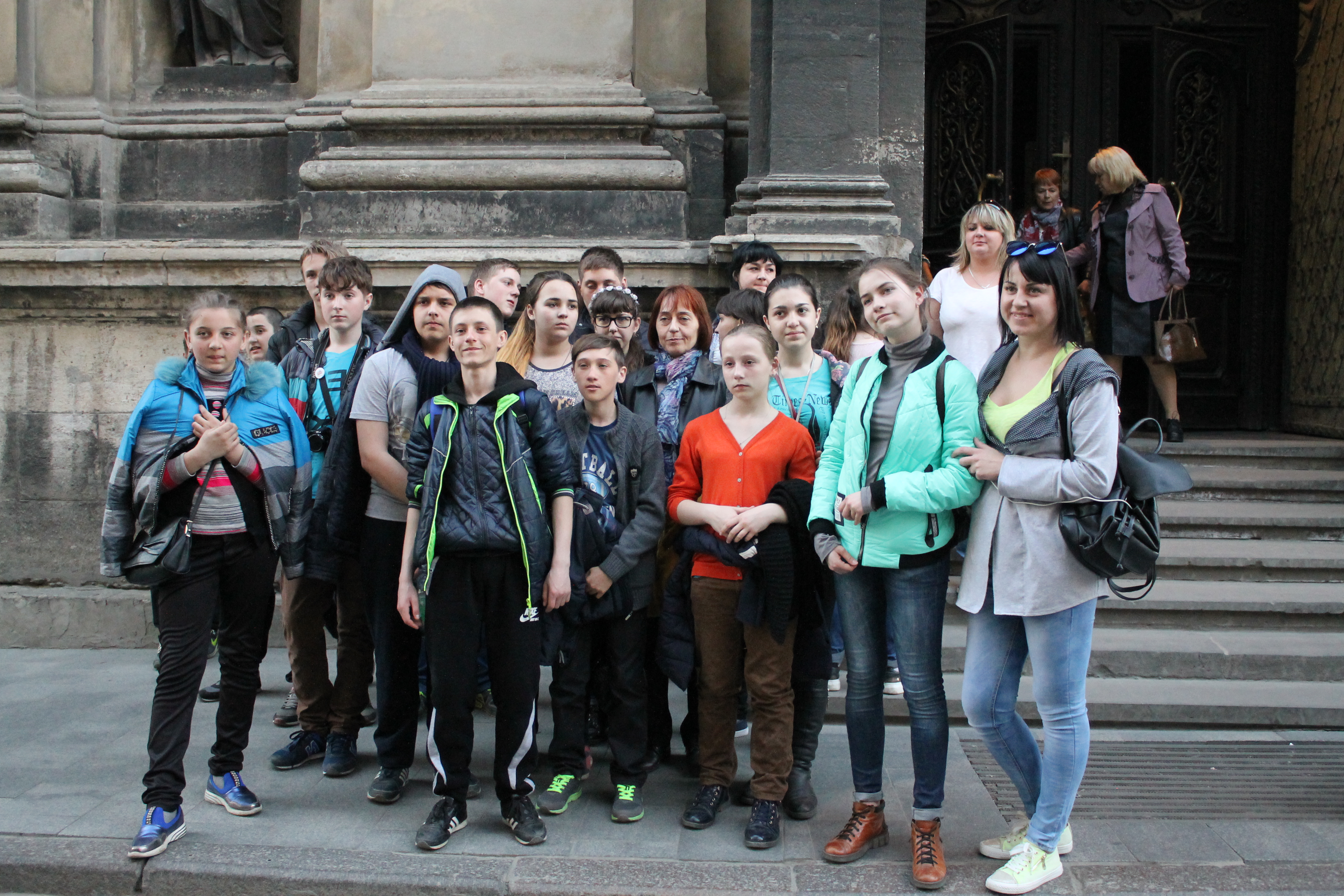 Eighteen students from the so-called the “grey zone” (Orlivka, Doslidne villages) visited Lviv. These children live in war - only 800 meters split their homes and a zone of hostilities. In their young age, students are experiencing something that people normally do not see throughout the life. Children are our future. They will create Ukraine, they are going to change and break down stereotypes. The charity fund “For the future of Ukraine” is trying to change the attitude of small residents of Donetsk to Ukraine and all Ukrainian, cultivate love to their homeland and show that we are the same country and people.

Firstly, we were volunteering, helping in the zone of ATO. Then we decided to expand our activity, started helping children from the frontline areas. Their views can be changed, but the main thing is to change attitude to Ukraine. This is why we show them other Ukrainian cities. Before the trip to Lviv, we had a preliminary conversation with the children, their parents, teachers, because they were afraid to visit this city. Students were impressed with the friendly attitude of Lviv residents. Most of these children have never escaped Donetsk, now we see a positive result from these trips, - says Nataliya Malchenko, the representative of the charity fund “For the future of Ukraine.”

Lviv met children not only with a smile of activists but with sunny weather too. Representatives of the NGO “Community Development” gladly agreed to host children in the cultural capital of Ukraine and to show some stunning places, and what is the most important - to dispel myths. The program was quite intensive. After settling in the Lviv orphanage №2 and a delicious breakfast, the children set off to the city center. The High Castle, Rynok Square, downtown tour, Lychakiv Cemetery and St. Peter and Paul cathedral encouraged hearts of young residents of Donetsk to beat faster. 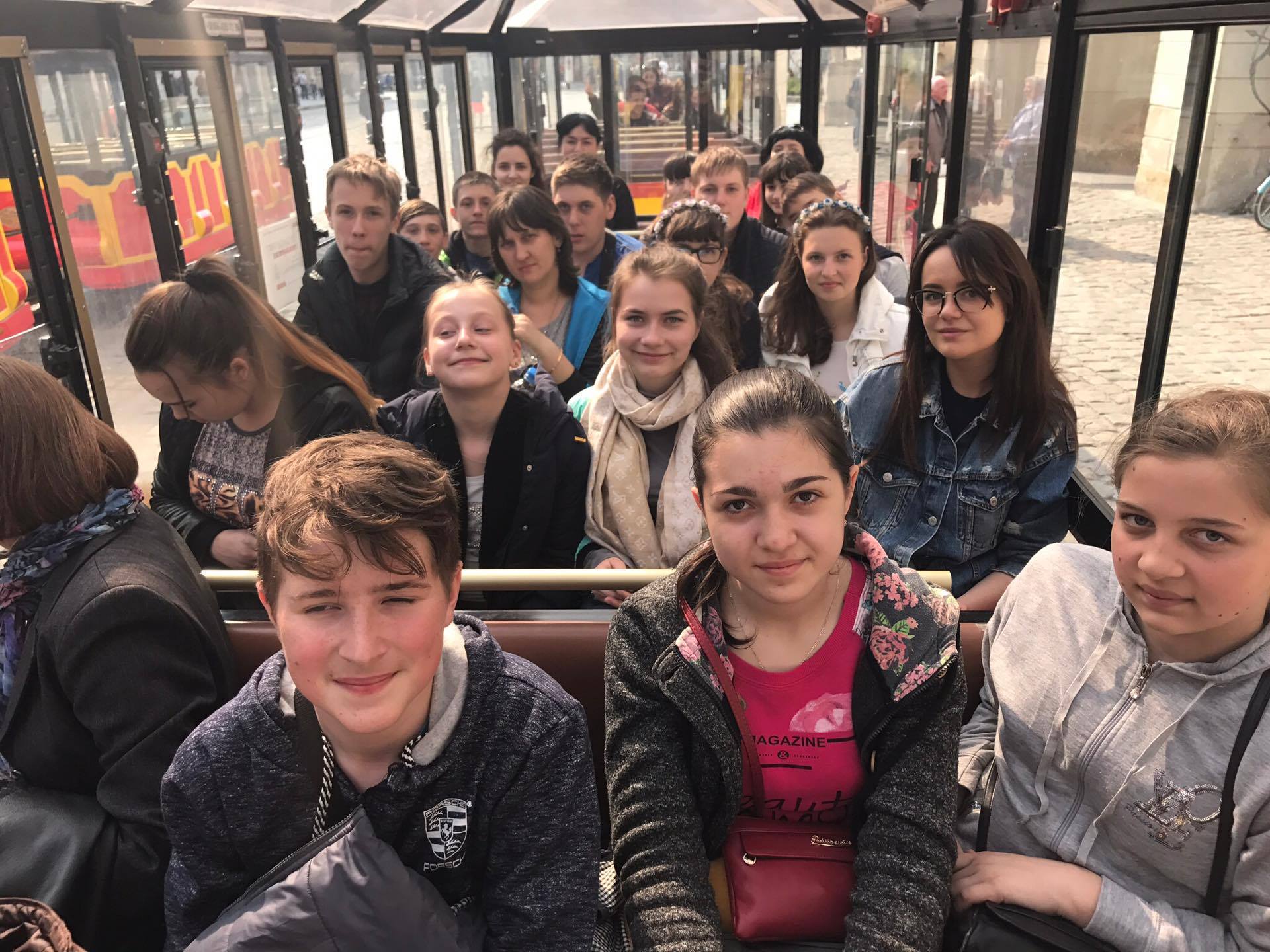 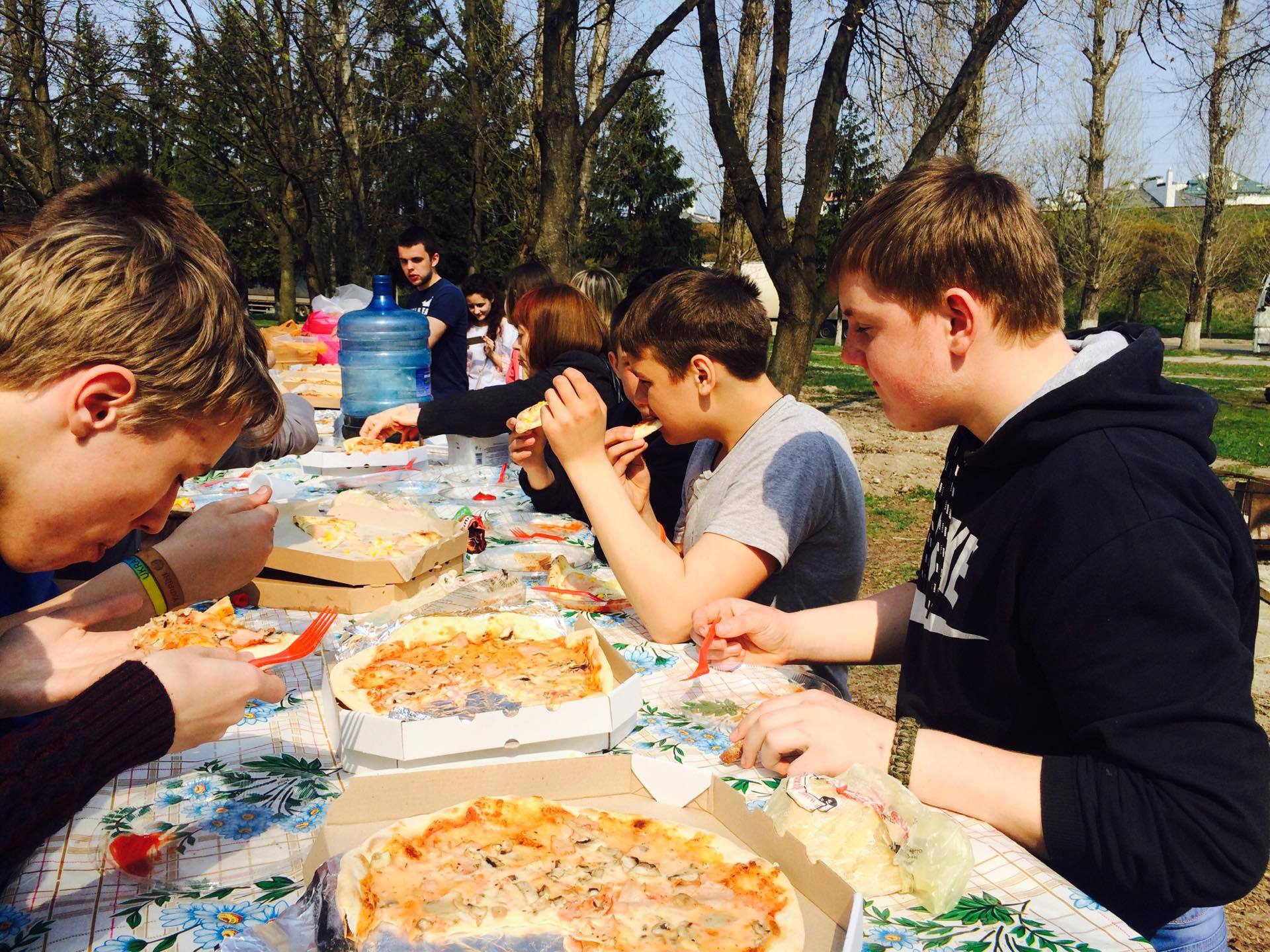 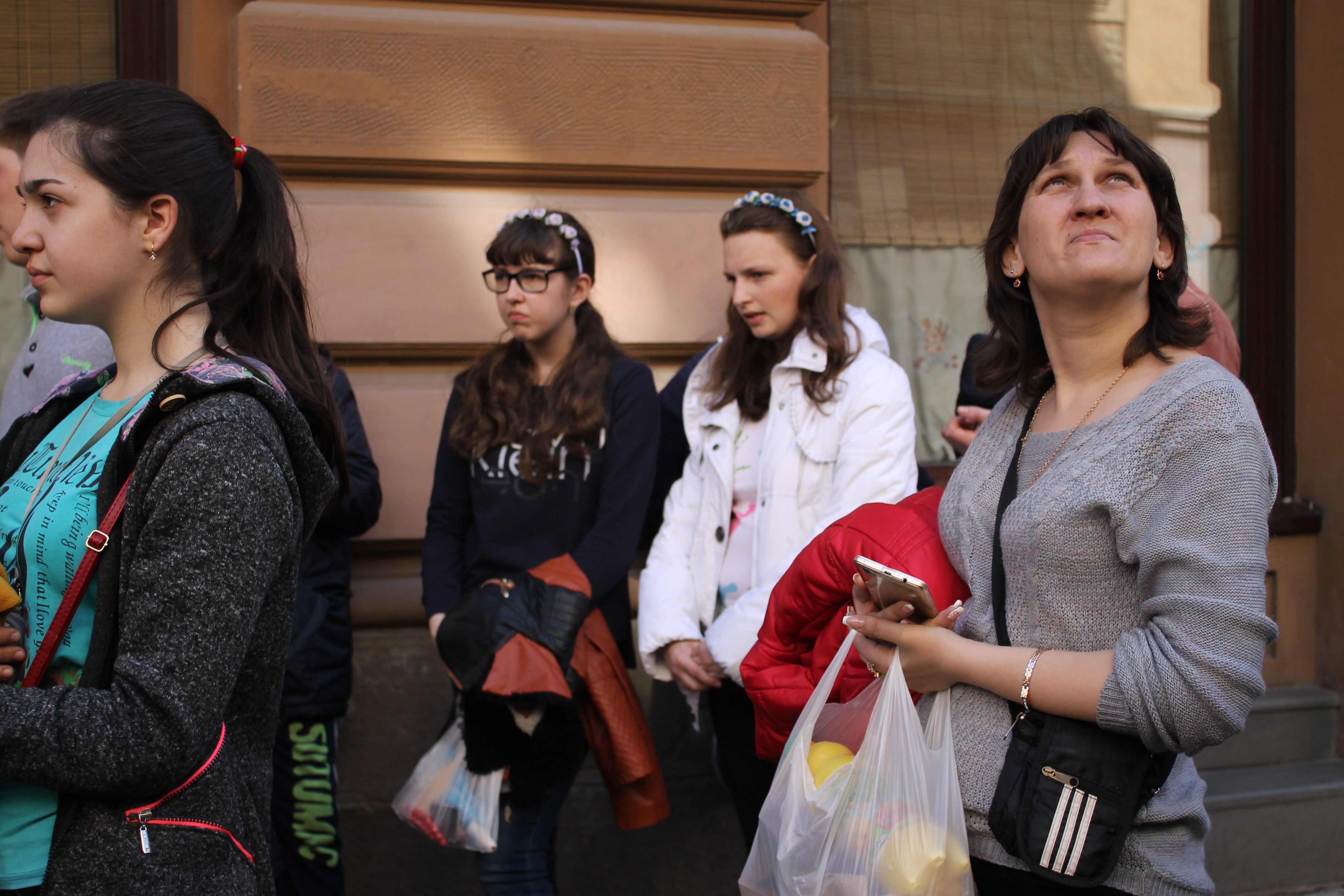 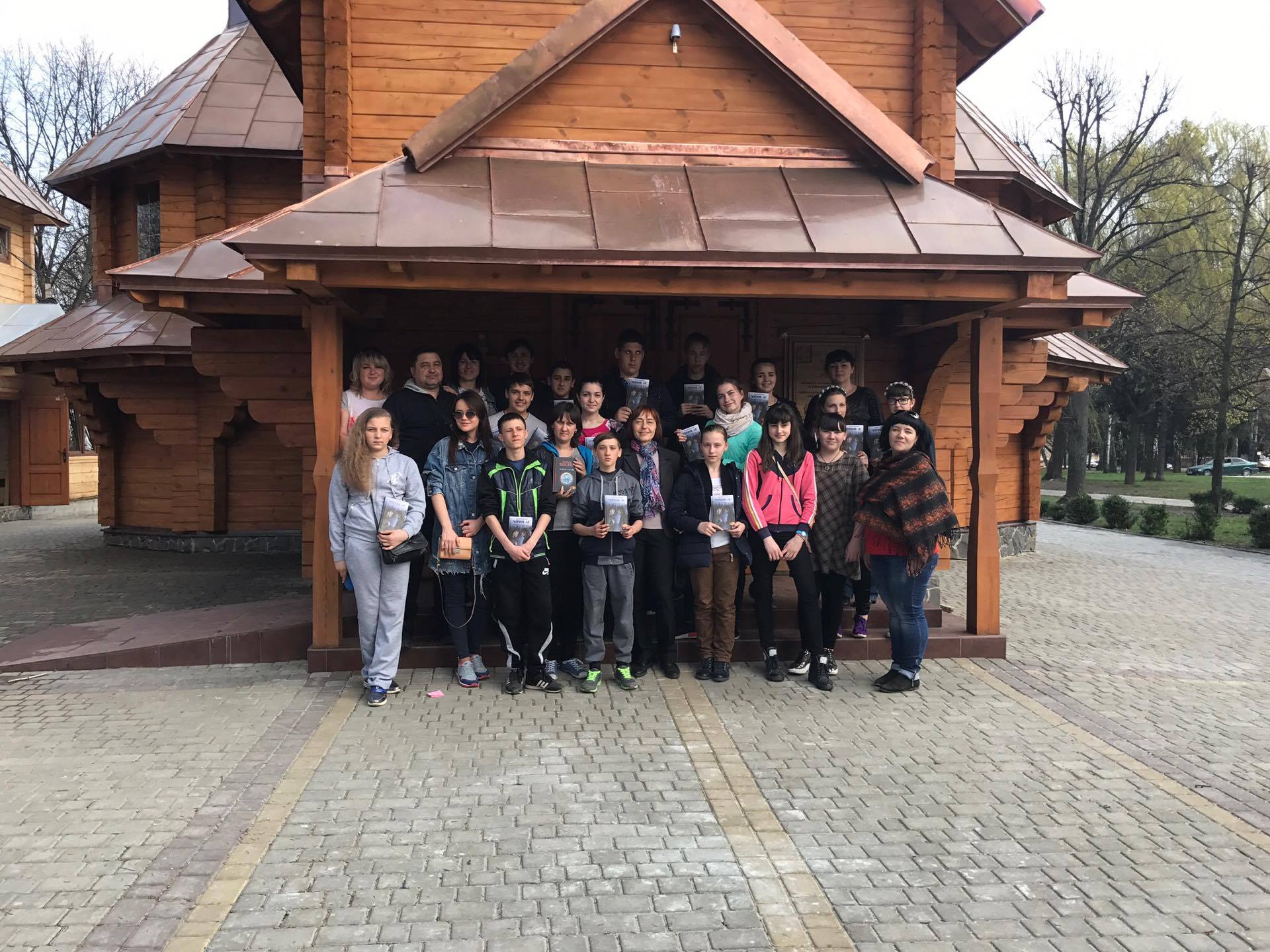 On the second day, the master of textile art Galyna Vyhovanska conducted children an Easter workshop. Students painted Easter eggs and the finished products took as the memory of Lviv visit. And then there was a “Wonder Train” which drove visitors through cozy streets of the city. 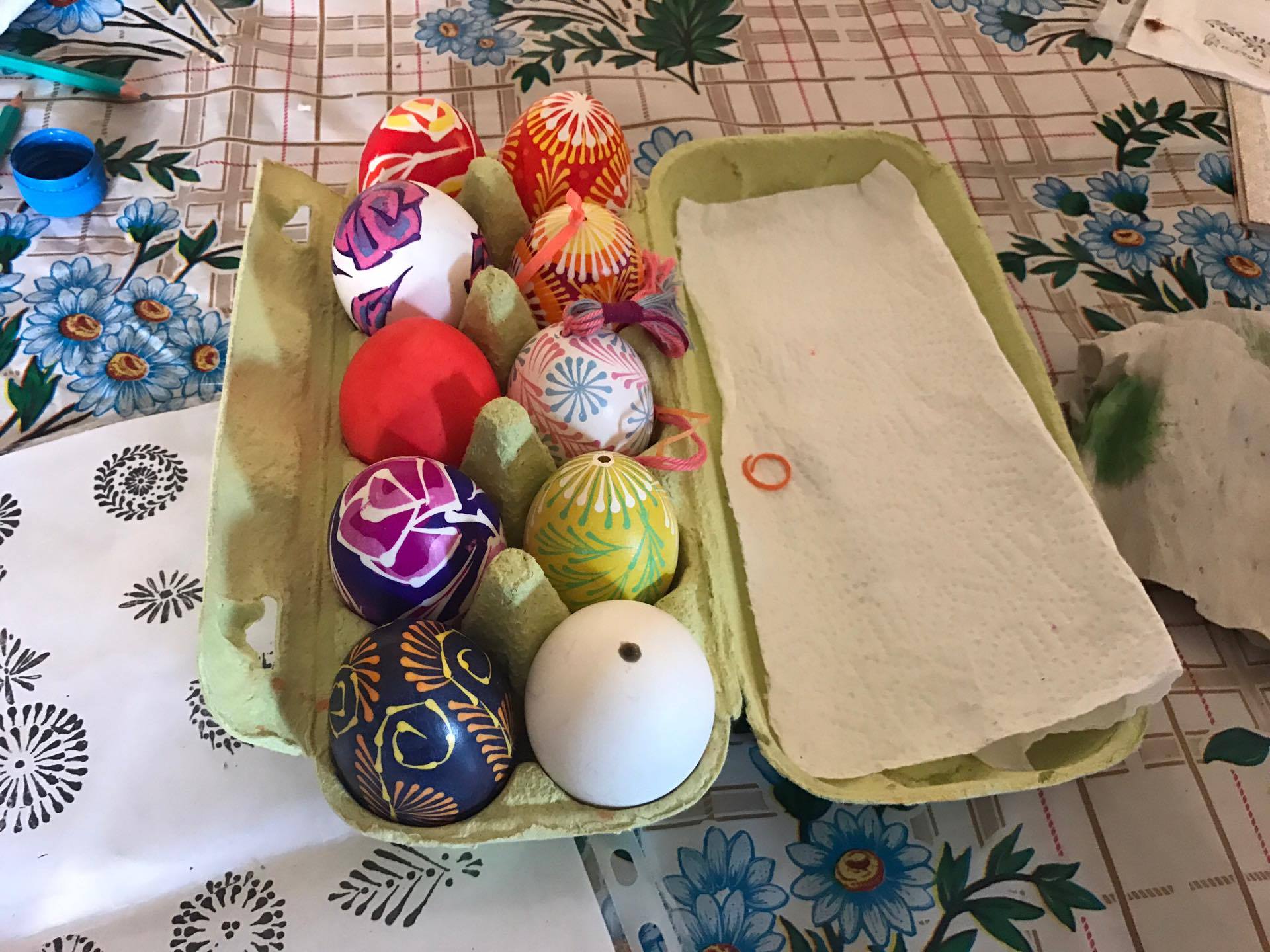 At first, children were worried, carefully treated us. And, after spending a whole day together, we became friends. 2 days for these students, I believe, left a significant footprint. Children understood that people in Lviv as in Donetsk are friendly and the one thing we all want is peace and prosperity. Finally, children left Lviv with a friendly attitude to our city - says Svitlana, an activist of the NGO “Community Development”.

The fatigue and pleasant impressions filled Donetsk residents at the end of the trip. The children promised to come to Lviv again, someone with the desire to study there, someone would like to come again as a tourist. The main thing is that every child saw with his own eyes that there is no hostility between East and West of Ukraine, it is just a contrived propaganda by the third side to divide us.

The NGO “Community Development” expresses gratitude to the partners who contributed to the project:
Restaurants “Mafia”, “Gloria”, “Felicita”, “Crazy Town” and a cooker from the boarding school № 2 Ms. Maria for delicious breakfasts, lunches and dinners.

Under the walls of Lviv City Council continues silent protest

Protests continue on the streets of Lviv

In Lviv again was a silent protest

The eleventh day of silent action today on prospect Shevchenko

On the first of September the strikers-buses came to routes

Strike of carriers in Lviv

In Lviv, because of the strike, are out of walk half of minibuses

Carriers are still waiting for concrete solutions from the public authorities

Igor Senyk had a heart attack after a conversation with Shchyr

Viktor Shchyr wants to be imprisoned

3 Lviv schools won the competition dedicated to the “Vyshyvanka's Day”

The “Vyshyvanka's Day” was solemnly opened in Lviv

Summer camp for the children of the ATO heroes is opened

Famous Lviv citizens cleaned up the dirtiest area of Lviv

"My holidays started cool!" - the daughter of the killed ATO soldier