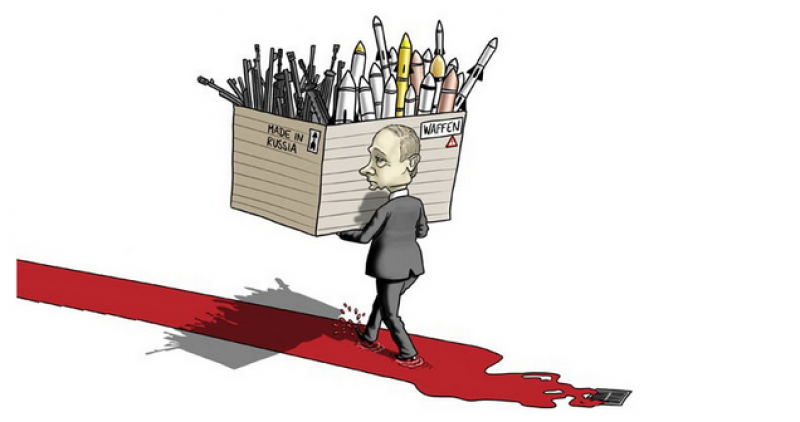 Instagram
The aggression of Russia to Ukraine fails to subside, but rather gaining more and more turns and no sanctions will not stop the action of RF. The world community often wondered what sanctions must be entered to Russia and its head Putin to stop funding of separatists and to stop destroying the integrity of Ukraine?

It is known that on 28 January, the parliamentary Assembly of the Council of Europe adopted a resolution on Russia. According to the document on the Russian Federation imposed diplomatic sanctions that deny the Russians the right to vote in PACE. This restriction means that the Russians will not have the right to participate in missions of observation, to be speakers, and also to be representatives of the PACE in other organs.

For the resolution voted 160 deputies. However, the Assembly decided to return to the reconsideration of this issue in April 2015.

It should be noted that Estonia has supported the introduction of new economic sanctions against Russia and emphasizes the need for further financial support of Ukraine. This was stated by Minister of foreign Affairs of Estonia Kate Pentus-Rosimannus. She also added that to offer Ukraine economic support is as important as to impose sanctions for Russia to help Ukrainians to cope in a very difficult financial situation."

Realizing that most of the world stands and supports Ukraine, Russia continues to show its aggression. We understand that Putin was preparing for these escalation months. If sanctions against Russia were not imposed, in my opinion, the head of Russia had been reached to Kiev. But Putin did not expect that against his actions will raise the entire world community. Russia expects Ukraine to signagreements on terms that will bebeneficial for Russia. However, Poroshenko does not show weakness and keeps its firm position, which itself supports George Biden, - said the activist Taras Lozynsky.

Relying on the patronage of the world, we have to increase pressure on our neighbor and to change methods of cooperation. Of course this may be a huge "hit" on our economy and lead to further instability. However, we must start with ourselves, to impose sanctions against the aggressor first, to stop the enrichment of the murderer of our state, which is destroying our cities, destroying the Ukrainian nation, violates a number of international Treaty obligations, illegally crossing the borders of Ukraine, resulting in a violation of the integrity of a sovereignty of Ukrainian.