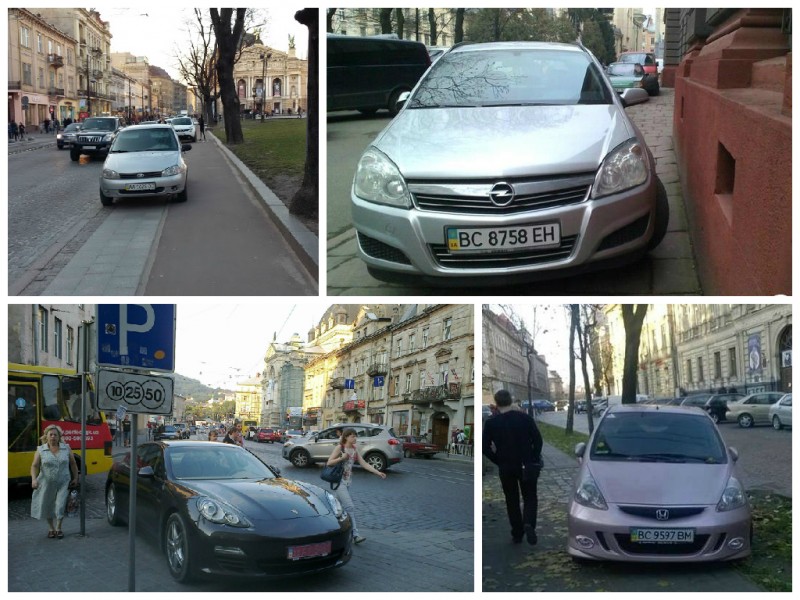 Instagram
For residents of Lviv is not news that there is a rather difficult situation withthe issue of parking zones in the Central part of the Lviv City. At what stage is the solution of this problem, is unknown to anyone. For more details of this case, it is needed to delve more into this issue and try to explain its essence!

Every day you can see how the Central part of the city is blocked by cars and this does not beautify the city, does not contribute to its attractive positioning for guests and is a nuisance for the residents. You will often hear the complaints of the women who do not have the opportunity to drive a pram along the pavement, bikeways are used improperly, as they are blocked by cars and cyclists are forced to ride on the roads, causing inconvenient movement of cars and at the same time to endanger their lives.

Taking into account the European practice, Parking in Central parts of the city is unacceptable. For example, our closest neighbors, the Germans or the Poles would never have allowed themselves to Park their cars as do the Ukrainians who still can defend their actions by pretending that "nothing bad happened". The reason for this is the arrogance and lack of culture of drivers and, of course, unresolved problem with Parking areas. Local authorities rely on the fact that the Central part of the city – consist of the historical buildings, which were formed over many centuries and belongs to the UNESCO world heritage, therefore, the development of new Park areas is impossible. However, if to go back to the European experience, underground Parking places are in the historical parts of the city. A striking example of this is the underground Parking, built under the Opera house in Vienna or surface Parking areas adjacent to the center streets in many European countries. The question immediately arises, why not to build a Parking lot on one of the adjacent to the center streets, instead of new buildings that appear even not having all the permits?

The control is also needed on the existing parking areas, because not all of them meet the requirements. Not enough Parking vehicles, so drivers leaving their cars, pay nothing for Parking. And this could be additional income to the city budget. According to statistics, 30% of the Central streets of Lviv became illegal Parking areas. This applies particularly to the fraudulent parking zone on the street Shpytalna, 1 (near the shopping center "Magnus"). As it become known, since April 2012 Parking fees must be processed through Parking meters or entry terminals, but according to users of the Parking, the Parking meter was faulty, and the funds had to be pay "in hand". To clarify the situation with the shadow turnover of funds, decided the activists of the NGO "Community Development". As it became known later, the term of the contract between the company and the Lviv City Council, expired in April, and this means, that people demanded money for Parking without legal basis.

It's not all the problems concerning Parking zones in the city of Lviv. I hope that in the near future the city authorities will try to solve this problem by implementing the planned projects and erecting a long-awaited Parking, which will unload the Central part of the city and return it to the unique beauty that will be admired by all guests. Also have high hopes for the "new police", which soon will start to work and will follow the rule of law, including an arrogant drivers who allow themselves to leave their vehicles in the wrong places and impede the movement of both pedestrians and vehicles.