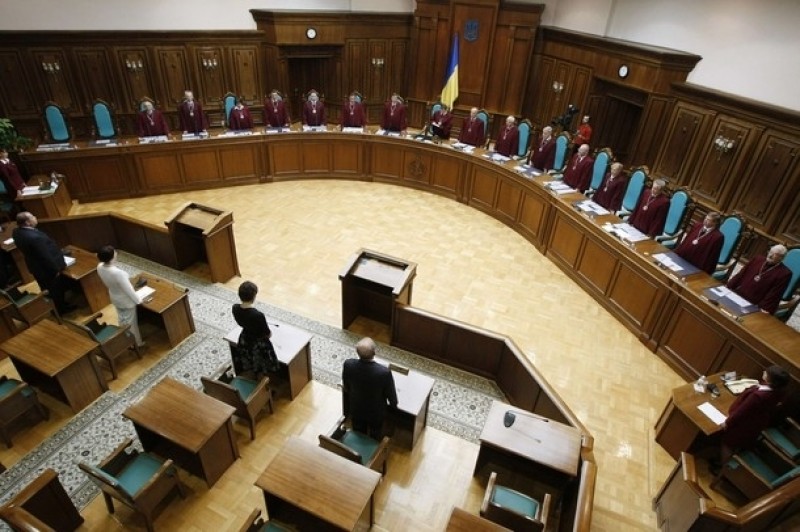 Instagram
The Сonstitutional Сourt of Ukraine opened the constitutional proceedings in connection with the appeal of the Verkhovna Rada on the provision of opinions on compliance with the requirements of articles 157 and 158 of the Constitution bill No.2217a " on amendments to the Constitution on decentralization of power.

The case will be considered in the form of a written hearing. In the message of the press service of the authority of constitutional jurisdiction states that "the board of judges made the ruling on the opening of the constitutional proceedings".

Head of the department "Cooperation with the Authorities" NGO " Community Development " Yuriy Tatomyr says that: "the Conclusion of the constitutional Court is expected before the end of the summer. The second session of Verhovna Rada is not closed - the case of the positive conclusion of the Court, in August deputies can meet and adopt the bill in the first reading (minimum 226 votes). And in the autumn at the third session will be to accept the changes as a whole (at least 300 votes). But only if after the conclusion of the Сonstitutional Сourt of Ukraine in the text there will not be made the edits, otherwise there will be a need of a new output.


The Verkhovna Rada has sent to the Constitutional Court of Ukraine the draft amendments to the Constitution in terms of decentralization on July 16. For a decision voted 288 deputies. A provision stating that the characteristics of local government in certain districts of Donetsk and Lugansk regions are defined by a separate law, enshrined in the transitional provisions of the bill.