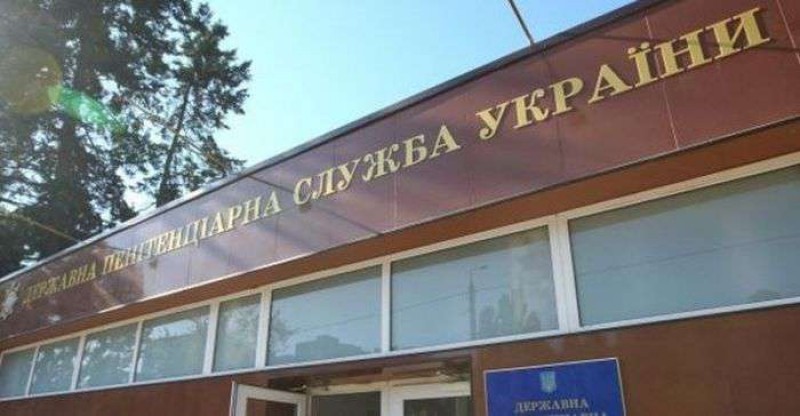 Instagram
Representatives of the Ministry of Justice last week presented the concept of reforming the Penitentiary System of Ukraine.

After the elimination of the service, its role should go to the three newly created departments in the Ministry of Justice:
- Department of probation (on probation briefly discussed below);
- the regime Department – will deal with the security;
- the Department of resource provision.

In addition, is  planed to create a separate Department, which will collect information about human rights violations in prisons and pass it to the Ministry to fight against such negative phenomena.

The reform provides the elimination of the territorial bodies of the State Penitentiary Service, today there are 24, but will be created interregional Directorate for enforcement of criminal sanctions and probation, Ministry of Justice, which will be 5.

For the socialization of prisoners across the country are planning to build centres of probation. In particular, we are talking about the so-called probati program, in which six months before the expiration of imprisonment, prisoners will be prepared for release and a full return to society and will be accompanied by a period of time after release, to prevent re-offences. For today the first in Ukraine Center of Juvenile Probation was established in Lviv. This is a special institution for juveniles in conflict with the law. Here children work with psychologists, priests, social assistants and teachers. Special attention will be paid to the work with parents of such children. The main goal of the center is to prevent that a child has committed a second offense.

In the Ukrainian correctional facilities there are 53 thousand prisoners and17 thousand detainees. With the adoption of the new code of criminal procedure (2012), the number of prisoners is steadily decreasing.

Due to the decrease in the number of prisoners, it is planned to optimize and conserve individual colonies. To improve conditions of detention that would meet modern standards for ensuring the rights and freedoms of the person in structures that were built about 150-200 years is impossible. That is why the reform envisages the construction of new colonies and remand prisons, which will meet European standards of detention. There is the idea of imposition detention centers from the central parts of the city beyond the city limits.

So, not for the first year is quite acute the question of the transfer Lviv detention facility, which is over 400 years old. Of course it will need additional financing, which plan to attract investors and sponsors.

As for the employees of the prison service, of which there are about thirty thousand, here it is planned to conduct the re-certification and reduction - it is expected that a dismissal will fall within 40% of all employees, and for other workers, who will work directly in the penal institutions, wages will be increased. Demilitarization is planned for the first stage relative to the administration of the service.

The volume of budget financing of the State Penitentiary Service of Ukraine in 2015 amounted 2.96 billion UAH. But, according to the Minister of Justice Pavlo Petrenko, the prisoners were fed very badly and they kept in very poor conditions, has a place of slave labor, torture, arbitrary management of individual colonies. These facts are confirmed by the testimony of lawyers, human rights defenders, journalists who attend institutions of executing punishment and fix numerous human rights violations in such institutions.

NGO “Community Development” will closely follow the steps of the Ministry of Justice to reform the system, after all, slave labor, terrible inhuman conditions of detention, lack of proper nutrition, lack of adequate health care and other negative satellites of the system of execution of punishments should remain in the past.

The central place of any reform must take Man and his rights and freedoms. We need to change the quality of life of prisoners in the colonies, attitude to prisoners not only by the staff of the colonies but also the society as a whole, because the treatment of prisoners reflects on the level of development of society.

In our oppinion, penal reform must take place alongside the reform of the judiciary and law enforcement system. Only then it will give a real positive result. None of the guilty should not escape punishment, regardless of his position and status, and no innocent man should not be behind bars.

Do not forget that Man, his life and health, honor and dignity are the highest social values.