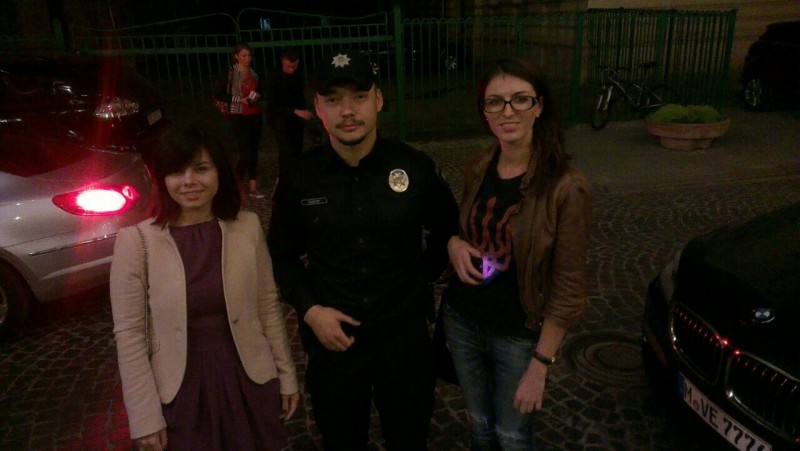 Instagram
On Tuesday, September 22, a meeting was held during the dinner with the head of the patrol police of Lviv Yuriy Zozulya, which was attended by members of the NGO "Community Development"(“Rozvytok Hromady”).

The initiator of the event was the Department of the Association of Lawyers of Ukraine in Lviv region. Accordingly, the subject was the discussion of the activity of the new police in Lviv, including bringing to justice its patrol. The event was attended by judges, lawyers, leading lawyers, representatives of the police, in particular Pavlo Herasym, the chief of MDMIA of Ukraine in Lviv region.

Were discussed the types and level of crime in Lviv and stressed that the cause of most offences is the alcohol. The chief policeman of the city, acquainted the guests of the meetings with the main nuances of their work, in particular the fact that the police always carried handcuffs and always use them during the arrest of the offender, despite the level of crime. The main function of the police is to control and fix violations and any investigative actions entrusted to perform by the police. As a result of the meeting we found out that there is full interaction between law enforcement officers and the police.

Solomiya Starosolska, a lawyer, an activist of the NGO "Community Development":

"One of the most important issues that were discussed during the meeting with the head of the Lviv police, was the problem of illegal buildings that bothers each of us today. Recently in Lviv, are held frequent meetings of the Chairman of Lviv Regional State Administration Oleg Syniutka, representatives of the Prosecutor's office, courts and Lviv City Council for its decision. However, remains interesting the place of the police in direct control and prevention of such activity. Under current law, as noted by Yuriy Zozulya, this issue falls under the competence of his subordinate authority. Thus, in particular, in the case of call of patrol police to the site of illegal construction, the latter have the power (obligations) to call to the inspectors of the Department of State Architectural Construction Inspection in Lviv region and to fix their protocols of inspection of the construction site. This fixation is carried out in the format of the video in parallel with the ability to form questions concerning a particular object, space, square areas. Such video is passed to the police by Monitoring police service, which carries out the viewing of video may bring in relation to its content corresponding to the requests, and further controls the procedural activity of the competent authorities to eliminate violations of existing legislation."

"It should be noted that such meetings are extremely important during the implementation of reforms in Ukraine. There is an opportunity to answer the questions that interest the society. For example, it is not superfluous to know whether the duties of the new police officers to combat with unauthorized trade in Lviv. Although one of the duties of the police is the prevention of offenses and counter-offenses, the head of the patrol police Yuriy Zozulya noted that this job is not for patrol. But this problem is urgent and, it seems, has no solution, that’s why, it is consciously not confer on the police, so as not to spoil their image and not to obstruct the reform process of idealization, which holds our government. In particular, Pavlo Herasym emphasizes, that the people themselves give rise to such trade and only when there will be the video camera to record offences,there will be results in prohibition of illegal trade."


As already known, was adopted the Law "On the National police" dated on July 2, 2015, according to which the national police would be composed of criminal and patrol police, security police, special police and police Corps of operational and sudden actions.