Instagram
About criticism of public figures, in particular the judges, spoke during a roundtable lawyers, journalists, judges and the public. NGO "Community Development" was represented by a lawyer Tetiana Panasenko.

On June10, in Lviv was held a round table on the topic "Criticism of public figures: legal aspects". The organizers of this event are the Association of lawyers of Ukraine in cooperation with the Lviv district administrative court, intended to break social stereotypes about the judicial system and restore the credibility of the judges. During the discussion the main argument was around the question of criticism of public figures, determining the legal limits within which to carry out such criticisms, in particular, in line with the practice of the European Court of human rights.

"Criticism should be and it needs to be constructive and useful. Becoming a public person, such person becomes open to the world," – said during the opening discussions, the member of the Association of lawyers of Ukraine, the lawyer Markian Malskiy.


From the civil society Institute the event was attended by member of NGO "Community Development", the lawyer Tetiana Panasenko. In her speech, the activist focused on the need to restore public confidence in the judicial system.


According to the organizers of this event such public meetings will be held in the future, to improve the judicial system and to establish communication between judges and the public. 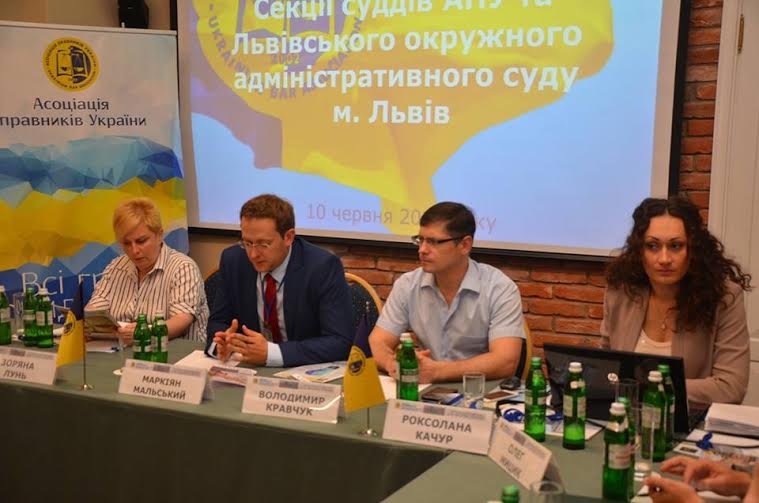