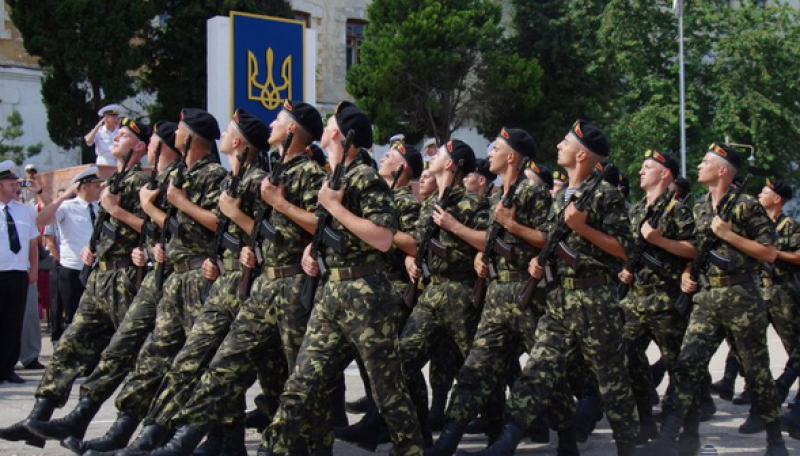 Instagram
The President of Ukraine by the decree from May 7, No. 255/2015 extended for a month the current stage of the conscription of citizens of Ukraine for military service.

It should be noted, that the timing of the next call for military service has not yet changed - it is scheduled for October - November 2015.

"For military service shall be called healthy male citizens of Ukraine, who before the day of departure in military units is already 20 years old, and older, and who have not attained 27 years, and not eligible for exemption or deferment from military service", - explained the representative of the NGO "Community Development" the lawyer Yuriy Tatomyr.


It is worth noting, that the President of Ukraine Petro Poroshenko has signed a decree on the retirement of soldiers who were called up for military service during mobilization for the special period by the decree from May 6, 2014. Demobilization of those who have served the prescribed time will begin from May, 15. And will last for several weeks.