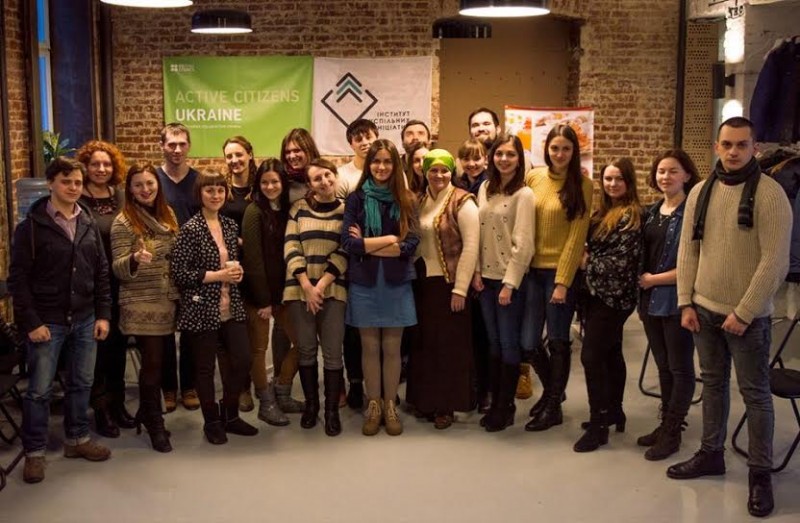 Activists of the NGO "Community Development"  on the basis of competitive selection were invited to participate in all-Ukrainian marathon "Active citizens". The event was held on December 2015 and January 2016 in the framework of the global campaign for the creation of projects of social action that occurred in Lviv. This program was held under the auspices of the British Council for young people in the field of intercultural dialogue and social development.

Each of the participants received information about possibilities to get funding for their social project. Representatives of NGO "Community Development" offered developed their own project and have already applied for consideration to representatives of the British Council.

- Analyzing the key priorities identified by participants during the "world café", on behalf of the NGO "Community Development" for discussion was proposed the project of social action called "Summer vacation with the "Moves&Skills". Last summer we brought to life a new youth project "Summer holiday camp "Moves&Skills"" is a unique complex system of camps, which implements educational programs and festival projects, carefully preserving the best traditions of the summer school holidays for children. This system of camps was aimed at using the latest techniques that allow us to make your child's rest much rich and interesting, and that led to maximum success and support of respective initiatives. We expect the support of foreign partners, because only together we will be able to make happy those children who need it most, said Solomiya Starosolska.

Also shared his impressions the activist of the NGO "Community Development" Taras Lozynskyi:

- Such trainings are really give inspiration to work and create new projects. We got a lot of new information about how to plan and implement social projects, what are the risks and how to avoid them and, importantly, opportunities to obtain financing for a social project. To achieve this, you need to show maximum activity, and even if the project has not received funding, do not give up.

In addition, the marathon gathered the most active members of NGOs who are willing to initiate, implement and support projects in various directions of the social sphere to improve the overall well-being and sustainable development of our area.